And this problem isn't unique to Texas. 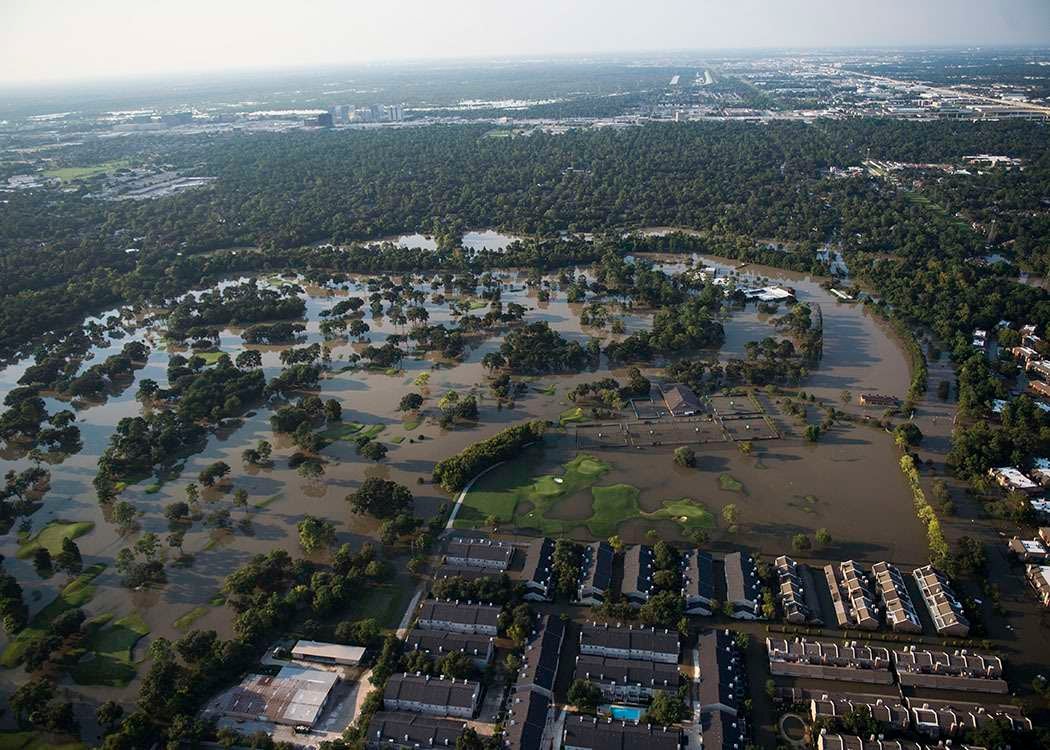 In the aftermath of Hurricane Harvey, J.R. Atkins, 38, hauled his kayak into the flooded streets of his community and went to check on his elderly neighbors. A former paramedic, he knew enough about the dangers of contaminated floodwaters to first wash any open cuts on his body, then cover them with “liquid bandage” before leaving home. He just didn’t think anything would happen once he was out.

Atkins, who lives in Missouri City, Texas, near Houston, spent the day ensuring that the older residents in his neighborhood had enough of their medication, and he helped evacuate people who were stranded. After he got home, he noticed an insect bite on his left arm, just above the wrist, but thought nothing of it. He took a shower and ate dinner. By late evening, the bite was nickel-sized. He ignored it until the next morning, when it was even bigger. A few hours later, his entire hand was swollen.

“When swelling crosses joints like that, it is bad news,” he said, knowing then he had to get help. Fortunately, he found enough passable roads to make it to the emergency room at Sugar Land Methodist Hospital. But his gruesome ordeal was far from over. Once there, he waited 12 hours to see a doctor. By then, he had lost all feeling in his hand.

The doctors deemed him a medical priority and diagnosed “flesh-eating” necrotizing fasciitis, likely an infection with Group A Streptococcus and almost certainly from contact with tainted floodwaters after he was bitten. He underwent two surgeries to clean and drain infected fluid from his arm, spending 14 days in the hospital — 11 of them in intensive care — followed by two months of physical therapy.

He could have lost his arm or his hand or, even more terrifying, his life. Today, all that’s left are the scars — one on his hand, and another that reaches from the pit of his elbow to his wrist — and the frightening memories. “I knew it was a risk as a former rescuer,” he said. “I should have worn gloves and taped my jacket to seal me. I just had the it-won’t-happen-to-me mindset. People need to make sure they are protected. I’m glad it was me and not some of the kids I saw out playing in the water.”

Atkins’ story has a happy ending because he realized what was happening and acted quickly. Nevertheless, his experience is a stark reminder that the perils from an intense hurricane don’t end when the storm does. Hurricane Harvey dumped 50 inches of drenching rain, wrecking buildings and infrastructure. But it also brought hidden dangers lurking in the urban floodwaters.

These came from deadly bacteria present in untreated sewage that leaked from wastewater treatment plants and toxic chemicals that spilled from more than 40 petrochemical plants and refineries in the Houston area. This week, experts and advocates advocates spoke about the myriad dangers of flooding as part of the Freedom to Breathe Tour, a cross-country campaign calling attention to issues of climate, environment, and social justice in cities across the United States.

“It’s not just the flooding,” said Robert Bullard, a professor of urban planning and environmental policy at Texas Southern University in Houston, who talked with advocates about the risks of extreme weather. “It’s also the industrial pollution and the impact of having so many industries located adjacent to residential areas, and the potential for having accidents.”

Researchers at Rice University in Houston studied the health threats of flooding from storms like Harvey. “Exposure to microbial and chemical contaminants in floodwaters is a problem with all floods, particularly when homes are flooded for extended periods of time, as was the case with Harvey, and people are going back into their homes when they remain flooded with stagnant water,” said Lauren Stadler, assistant professor of civil and environmental engineering at Rice University.

Climate change is fueling intense rainfall, and flooding is expected to become more frequent and disastrous as a result. People who live in storm and flood-prone areas are vulnerable to injury and drowning when a hurricane hits, but they are also susceptible to countless other less visible hazards in the days and weeks that follow.

“There are both immediate health impacts from flooding such as catastrophic damage and deaths, short-term impacts from exposures to floodwaters and pathogenic microorganisms, and even longer-term impacts that we know much less about, such as from airborne exposures to molds and toxins that grow in wet and damaged homes,” Stadler said. “These have been understudied. There is an urgent need to better understand not just the immediate impacts of flooding on human and environmental health, but also some of these longer term impacts that we know much less about.”

She and her colleagues analyzed the post-Harvey floodwaters to see what microbes were present, both inside and outside of homes, in streets and bayous, and in sediment deposited in public parks. Although they focused on bacteria, Stadler said that toxic chemicals also posed a danger. “We thought if we could collect samples right away, and then also over time post-storm, we could get some valuable information about the microbial and chemical impacts of extreme flooding and potential human exposures,” she said. Their study appears in the journal Environmental Science & Technology Letters.

The research team organized quickly once the storm ended, fanning out to collect water samples from flooded areas. “One student even borrowed a boat from a neighbor that was used to access high water areas,” Stadler said. “We bought a bunch of waders so that the students could access high water areas to collect samples, and groups went out in teams of two to three people to collect samples from flooded bayous, streets and residential areas.”

Raw sewage contains fecal bacteria, like E. coli, and other potential pathogens, such as Salmonella enterica and Clostridium perfringens. Also, bacteria in sewage can contain elevated levels of antibiotic-resistance genes, which they can share with other microbes in the environment. The scientists found that E. coli levels in two of Houston’s major bayous were significantly increased in the immediate aftermath of Harvey compared with numbers obtained before the hurricane. Similarly, antibiotic-resistance gene levels were highest three days after the storm. The team next compared microbial communities in floodwaters both inside and outside homes, finding that the highest levels of fecal bacteria, human pathogens and antibiotic resistance genes were in homes with stagnant floodwater inside.

“We found higher abundances of bacteria, potential pathogens, and antibiotic resistance genes in indoor stagnant waters,” Stadler said. “This tells us we need to be careful about going back into homes and exposures to the microbes in the floodwaters, particularly if you have any open wounds or are immunocompromised. We need to tell people to wear protective gear when reentering their homes and to avoid contact with floodwaters. Definitely thoroughly wash yourself after you have come into contact with floodwaters, and avoid contact if you are immunocompromised.”

Atkins, who works for a major Houston energy company, has completely recovered. A year later, despite the scare, he says he wouldn’t hesitate to get back in that kayak again should there be another similarly devastating flood. “Of course I would,” he said. “I’d rather help people than live in fear of everything.”