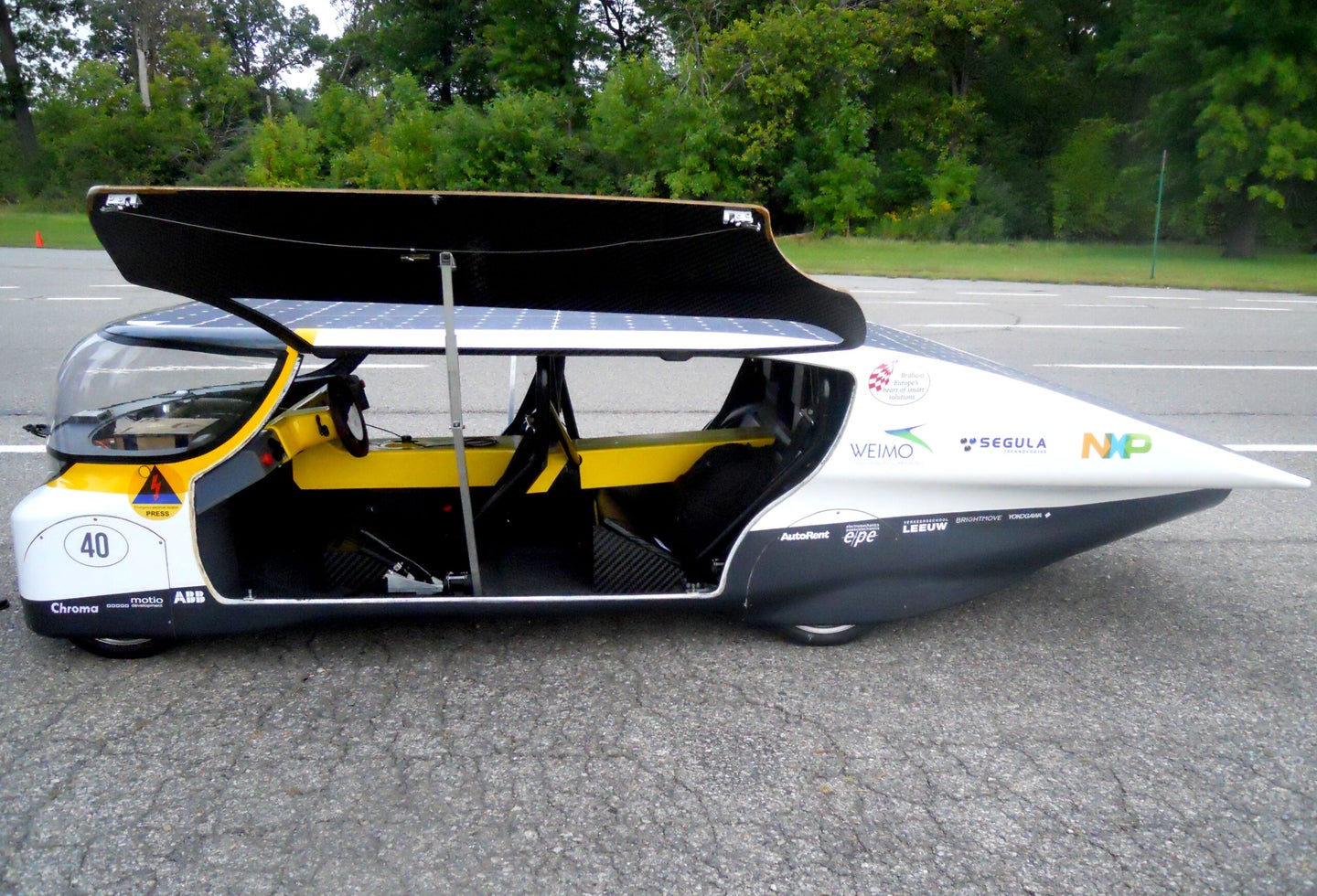 A team of twenty students at the Eindhoven University of Technology in the Netherlands entered the Bridgestone World Solar Challenge 2013, a six-day solar race across Australia’s Outback, in the new Michelin Cruiser Class. Practicality was paramount for these entries, though energy use, payload capacity, and speed counted as well. The question to answer, according to Jordy de Renet, one of Stella’s drivers, was, “Do you want it in your daily life? Would you want to take it to get groceries?”

Well, would you? De Renet grinned and opened the sloping rear compartment, where the car’s guts — motors, controller, etc. — were housed in little more than a couple of glorified wooden cigar boxes, leaving vast amounts of empty space between the rear wheels. Plenty of room for groceries, and no need to sneak around in the dark of night to go shopping, though the car does have headlights and strips of red LED taillights.

“Would you want to take it to get groceries?”

There are a few bugs to work out before Stella is ready to take the kids to school. The gullwing doors only open about chest-high for an adult, so getting in and out requires an ability to fold oneself into the low seats. It’s a maneuver reminiscent of climbing in and out of Nascar stock cars through the window: butt first, and watch your head.

Stella is made from mostly aluminum and carbon fiber, and she doesn’t have any insulation, so when the motors first crank up, it’s a noisy ride. At about 14 km/h, the system settles into cruise mode, which is as quiet as the whir of any electric vehicle. Slowing down engages a regenerative braking system, which is also quiet, but coming to a full stop unleashes the grinding symphony of traditional disc brakes.

The unusual shape was a compromise between aerodynamics and comfort for at least two people, as required by the cruiser class specifications. It also allowed for more surface area for solar cells, which cover 6 square meters. The 60-kw battery, sheathed in a bright yellow casing, runs down the center of the vehicle and provides up to about 400 km of range, or 800 km when the solar panel is providing maximum juice. On Stella’s best day during the competition, Solar Team Eindhoven was able to drive 500 km at an average of 100 km/hr.

Stella is CO2-neutral and the first energy-positive car in the world. The solar array charges while the car is in motion as well as when it is parked. “We get more energy out of the car than is needed to drive it,” said de Renet. That power, as much as twice what the car uses, can be returned to the grid. 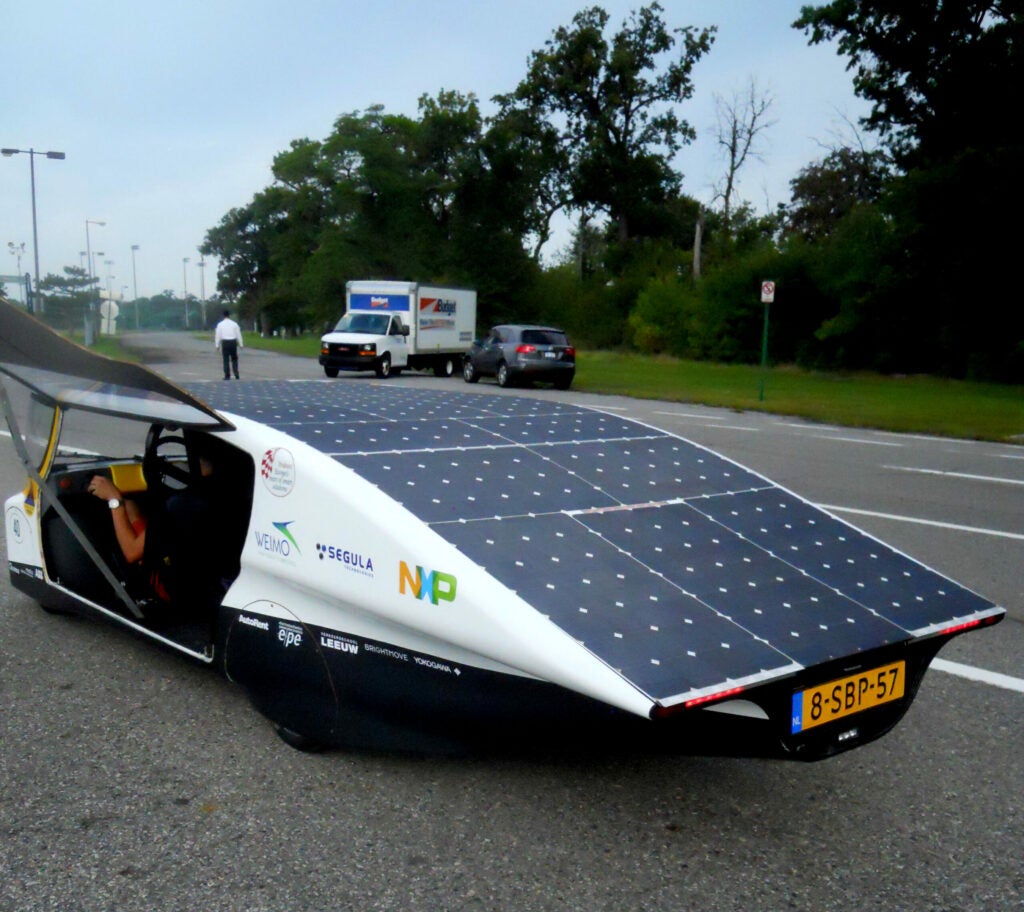 Stella and her travelling team of ten students are on an American road trip of sorts this fall, with a September stop at the 2014 Intelligent Transport Systems World Congress in Detroit. Stella showed off not only her solar power but also the vehicle-to-vehicle and vehicle-to-infrastructure systems by NXP, a Dutch semiconductor company and sponsor of Solar Team Eindhoven. These cutting-edge systems, known as V2V and V2I, allow cars to “talk” to other cars and to wireless-enabled infrastructure like traffic lights, stop signs, and more.

The system uses a Wi-Fi protocol for vehicles, 802.11p, to see where the driver cannot. While some of the newest cars available at dealerships today use radar and cameras to detect other cars and objects, they can’t transmit around corners. Wi-Fi, as you probably know from using it in your house for phones, laptops, and gaming systems in different rooms, can.

Stella’s sensors picked up on the signal being transmitted by a nearby speed sign and alerted the driver on a screen fixed to the clean, knob-less dashboard that the limit was 25 mph. A tall van blocked the view of a traffic light, but the V2I system onboard Stella alerted the driver to the red light before anyone in the car could see it.

As of July, Stella has a permanent license plate and permission to drive on public roads.