A case of panda Münchausen, perhaps? 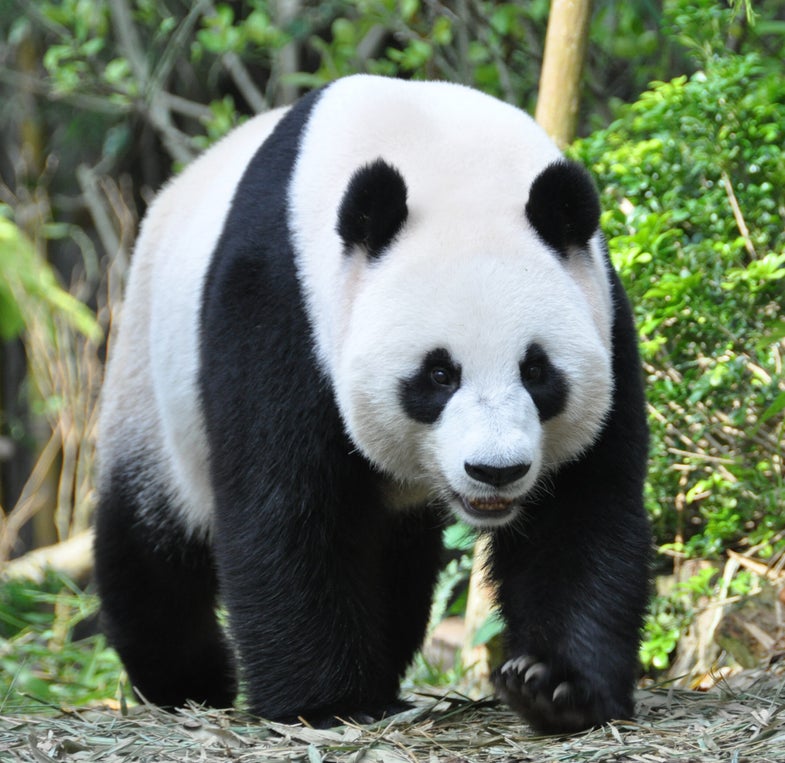 Ai Hin was all set to be a star. The 6-year-old giant panda had shown signs of pregnancy last month, and staff at the Chengdu Breeding Research Centre in China had planned to film her labor in the first ever live broadcast of a panda giving birth.

Now that momentous occasion has been cancelled, as it turns out Ai Hin’s pregnancy was all just a clever ruse. Chengdu staff revealed that the panda had experienced a “phantom pregnancy” and had likely faked symptoms to get extra attention and food.

“After showing prenatal signs, the ‘mothers-to-be’ are moved into single rooms with air conditioning and around-the-clock care. They also receive more buns, fruits and bamboo,” Wu Kongju, an expert at Chengdu, tells Xinhua.

Signs of pregnancy for pandas include a reduced appetite, less mobility and an increase in progestational hormone. However, after a two-month observation, Ai Hin’s “behaviors and physiological indexes returned to normal.”

According to Kongju, phantom pregnancy is somewhat common among endangered bears, as they notice the special treatment other bears receive when they exhibit signs of pregnancy. Many other animals, such as dogs, cats and mice, also can suffer phantom pregnancy after they’ve been in heat (or “estrus”).

The incident is also reminiscent of Münchausen syndrome, in which individuals fake certain health issues for attention or sympathy. Perhaps Ai Hin just needed somebody to care.