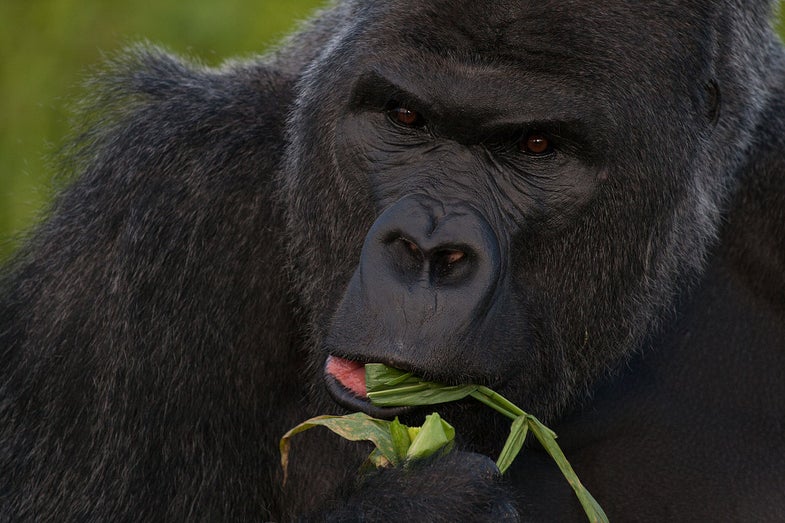 Police drove through Kroo Bay this morning, past the open sewers and snuffling pigs, yelling at people to go inside—largely to no avail. All the 14,000 residents of the shanty town in Freeport, Sierra Leone, had been ordered to stay indoors for three days, to try to stop the spread of Ebola.

Sierra Leone’s attempted lockdown is unprecedented: The whole country has been placed on house arrest and 20,000 volunteers have been recruited to help identify suspected Ebola carriers. “Some of the things we are asking you to do are difficult, but life is better than these difficulties,” President Ernest Bai Koroma said.

Nothing about controlling the spread of the virus has come easy. Yesterday, the bodies of eight people, part of a delegation of health officials and journalists, were found in a remote village in Guinea, apparently killed by people throwing rocks. Health workers around the region, including in Liberia and Sierra Leone, have been physically threatened by misinformed people who fear they are actually spreading the disease. In the midst of this widespread panic, the World Health Organization reports that more than 700 new cases were recorded this week; despite all efforts, the outbreak is still growing.

“Everything is linked to animals.”

But a rare spot of good news came in the form of a diagnostic test that may help prevent future epidemics. Dr. William Karesh, Executive Vice President for Health and Policy at EcoHealth Alliance and a wildlife veterinarian who has studied Ebola in great apes for years, has discovered a method of detecting Ebola antibodies in feces. Up till now, detection methods in the wild relied on collecting blood or tissue from infected apes, one of the animal reservoirs for the disease. (The direct introduction to humans in this current outbreak is suspected to have come from fruit bats, not apes.) Since collecting poop is much easier than taking blood samples or carting carcasses out of the jungle, this technique can help scientists canvas larger areas and more accurately pinpoint hotspots likely to be at risk for future outbreaks.

Gorillas are actually even more susceptible to Ebola than humans, with a mortality rate approaching 95 percent. Over the last twenty years, Ebola outbreaks in apes have decimated populations; Karesh estimates some 25 percent of wild apes in the Congo have been killed by the virus. Karesh hopes his technique will help scientists detect Ebola in apes sooner.

This could help scientists better target susceptible populations for possible future vaccination campaigns. That day might not be too far away: although no vaccine currently exists, ‘orphan’ vaccines, originally developed for people but abandoned during the lengthy licensing process (this can happen for many reasons, including the discovery of harmful side effects) may protect apes against the virus. A study published in PNAS this spring suggests that one such vaccine, developed by the biotech company Integrated Biotherapeutics, prevents mice from developing the disease.

As Karesh says, “everything is linked to animals.” If gorilla poop can create a road map for understanding how Ebola spreads, both vulnerable species and the human populations who surround them will benefit.