Mystery Animal Contest: Who Is This Spindly Stalker? 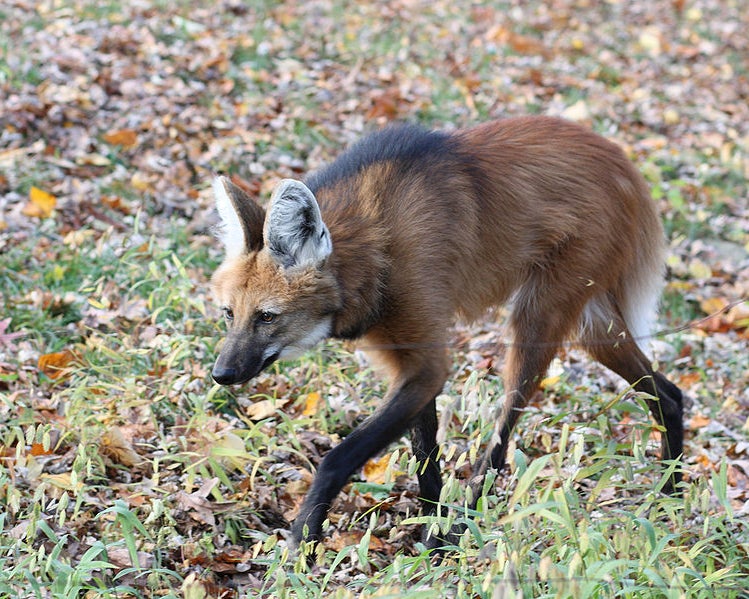 Update: And the winner is…@SilviaNadai, who correctly guessed that this is a maned wolf. Well, @SilviaNadai actually guessed “Lobo-guará,” the Brazilian name for the animal, but as this animal lives in Brazil (as well as Paraguay, Bolivia, northern Argentina, and bits of Peru), it’s only fair to award it. Congrats!

The maned wolf, though it looks much like a red fox, actually belongs to an entirely different genus than the foxes. In fact, it’s not closely related to _any living canid_–despite its name, it is not a wolf, nor is it a fox, a jackal, , a coyote, or a dog. Its closest relatives, which are not very close, are the primitive bush dog of South America, and possibly the crab-eating fox and the recently extinct Falkland Islands Wolf. It has exceedingly, disproportionately long legs for its body–our best guess is that the legs help the maned wolf navigate through the tall grasslands of its native habitat.

The maned wolf is listed as “Vulnerable” by the Brazilian government, due to shrinking habitat and the fact that it is traditionally hunted in Brazil. But it reproduces well in captivity and the Vulnerable listing seems to have helped its population a bit. Hi maned wolf!