Get out of my coolant intake pipes!!! *shakes fist at jellyfish* 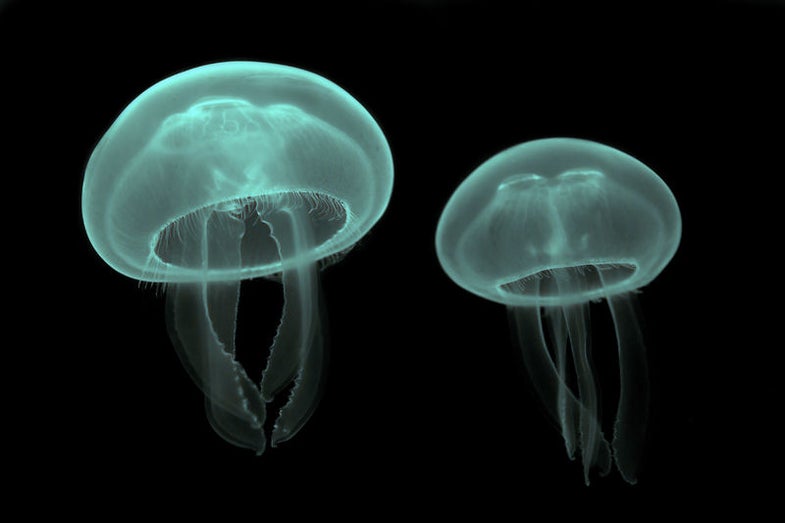 In southeastern Sweden, the three reactors that make up the Oskarshamn nuclear power plant provide about a 10th of the nation’s total power. One of the three reactors is the largest of its type in the world. And, temporarily, the reactor was felled by jellyfish.

The Oskarshamn plant is a boiling-water reactor, just like the Fukushima plants in Japan that failed so disastrously two years ago. (For more on what a boiling-water reactor is and how it works, check out our explainer.) In brief, a boiling-water reactor uses thousands of thin tubes full of fuel, commonly known as fuel rods, which contain the little pellets that feed the nuclear reaction. These rods are absurdly, dangerously hot, and so are kept submerged in cooling water. Water has to be cycled in and out of the plant continuously as it heats up, which is why nuclear plants are so often near large sources of water like lakes, rivers, and oceans. But you know what also likes large sources of water? Marine life.

On Sunday, literally tons of moon jellyfish (Aurelia aurita) flooded into the intake pipes of the Oskarshamn plant, clogging it completely and forcing the shutdown while they were cleared out. Moon jellyfish are one of the most common types of jellyfish in the world, found throughout the world’s oceans in varying temperatures and salinities. They’ve been blooming lately; jellyfish have a natural “bloom” cycle triggered by changes in water temperature or other predators or, frankly, things we don’t understand. That bloom cycle can result in a huge number of jellyfish where before there were few.

This also isn’t the first time jellyfish have interrupted nuclear plants; last year, the Diablo Canyon plant in California’s central coast had a similar encounter with the pesky creatures–or, at least, a similar organism called salp. We’re not quite sure how the jellyfish were cleaned out of the reactor; according to Bloomberg, the plant will be giving more information later today. Read more about the Swedish jellies here.