Why Do We Want To Squeeze Cute Things?

Studying how adorable animals can turn us aggressive 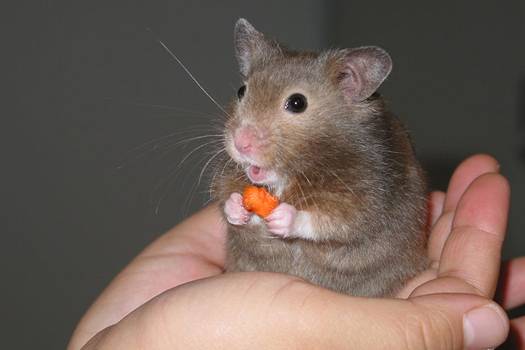 Seeing something cute actually does bring out aggression in us, according to a paper presented at Society for Personality and Social Psychology’s annual meeting in New Orleans last Friday.

Researchers found 109 people to look at pictures of animals — cute, funny and “neutral” photos of fluffy, fluffy puppies. The lucky participants then rated how they felt about the pictures: whether they agreed with the statement like “I just can’t handle it!” (or perhaps “It’s so fluffy I want to die!”), whether they made them want to squeeze something, or whether they were suddenly seized with the impulse to say something like “grr!” The cuter the animal, the more aggressive the response.

The study’s researchers, led by Rebecca Dyer, a graduate student in psychology at Yale University, dubs the phenomenon “cute aggression.”

“We think it’s about high positive-affect, an approach orientation and almost a sense of lost control,” she said. It’s so adorable, it drives you crazy.

But for the sake of thoroughness, researchers did a second experiment to test whether the aggression was simply verbal, or whether people really did want to act out in response to wide-eyed kittens and cherubic babies. Volunteers were given bubble wrap and told they could pop as much of it as they wanted.

When faced with a slideshow of cute animals, people popped 120 bubbles, whereas people watching the funny and neutral slideshows popped 80 and 100 bubbles respectively.

Dyer’s suggests that one reason we have so much pent-up aggression over cute pictures is that seeing something cute, like a baby, drives us to want to take care of it. But we can’t reach through a photograph to cuddle it, so we get frustrated — and then aggressive.

Another possibility is that it’s just too much of a good thing — sometimes we portray an onslaught of positive emotion in a negative way, like when you’re so happy you cry. Dyer speculates that giving positive emotions a negative spin might help us regulate that high energy.

So the next time an aunt moves in to pinch your cheeks, just think — you can’t help being cute. And if there are any follow up studies, I’d happily volunteer to look at some puppies — kittens and bunnies are within my expertise, too.