A new experiment found crows and ravens have a sense of fairness, just like people and dogs. 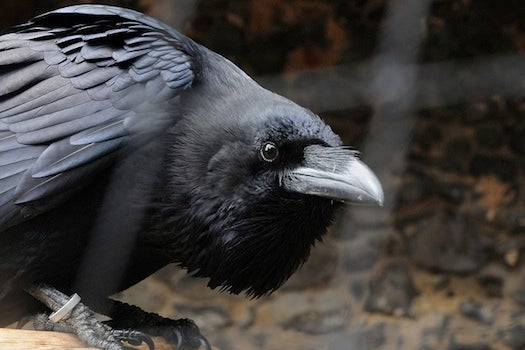 People, primates and dogs all react negatively when others get a better reward for doing the same work. Now a small study has found that crows and ravens dislike unfairness, too–the first time research has shown non-mammals react to inequity. Knowing which animals do and don’t seem to notice unfairness (cleaner fish, for example, don’t notice) helps scientists figure out how a sense of fairness evolved.

For the study, published February 20 in the journal PLoS ONE, a pair of biologists at the University of Vienna trained six carrion crows and four ravens to exchange pebble tokens for food. The researchers then created same-species pairs for a series of experiments. When the birds saw their partners getting food for free, without having to exchange tokens, they tended to exchange tokens less often. Sometimes the birds that got the short shrift even gave away tokens, but refused to take their reward.

Other research has suggested that a sense of equity evolved several times in unrelated animals, the University of Vienna researchers write. Knowing what’s fair is linked to cooperative behavior in species, they say, and that makes sense with crows and ravens, which form alliances and share food and information.

A paranoid soul might take this as evidence that crows are totally capable of forming a The Birds-style rebellion. Members of the Corvus genus have previously been shown to form hooked tools, use a tool on another tool to get a piece of meat, watch other birds caching foods in order to steal that food later, cache in private (wouldn’t you if you were surrounded by thieves?), and reach meat tied to the end of a string.