Worms can be a surprisingly destructive force. 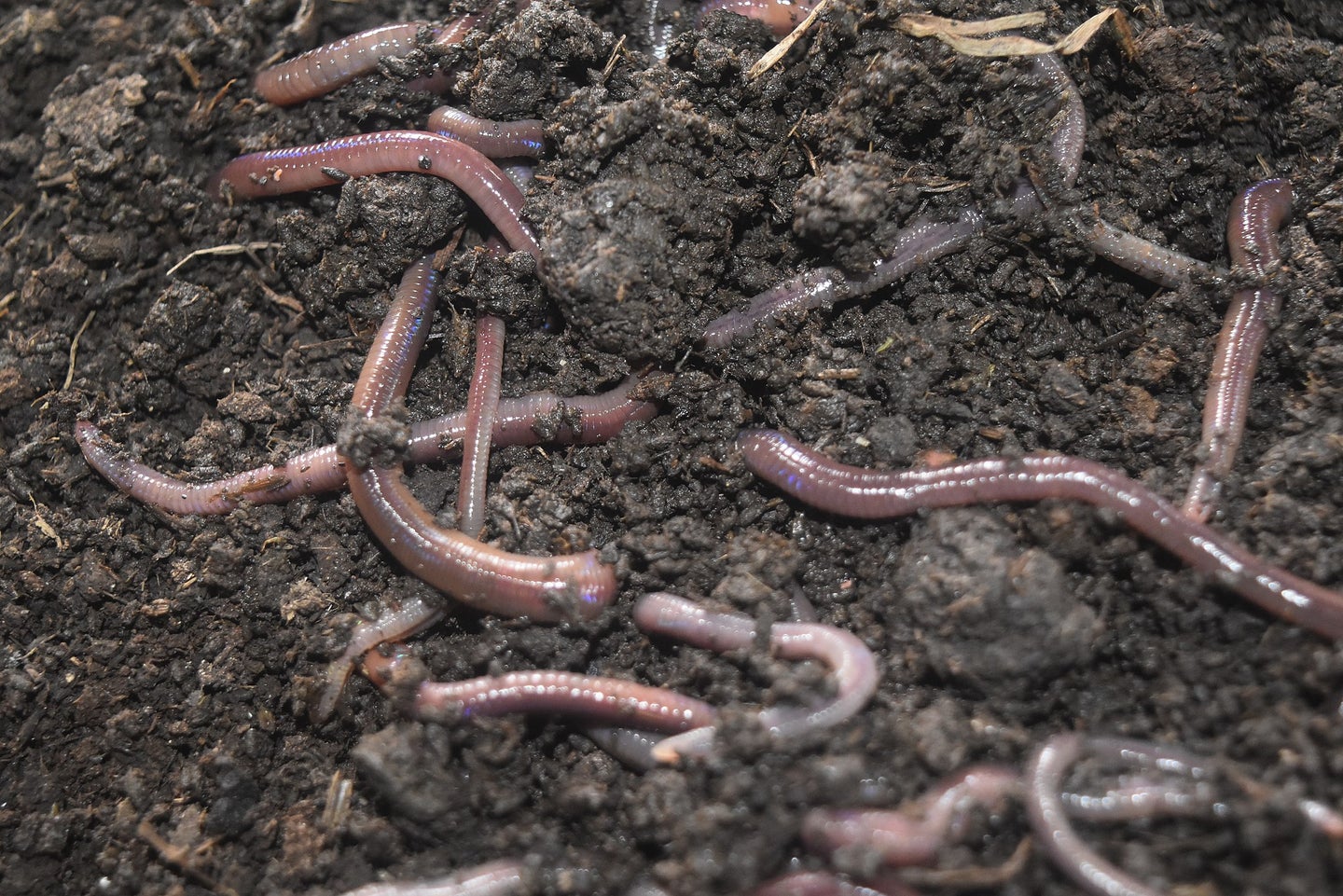 An organism we rarely see is transforming the Earth. Invasive earthworms, native to Europe, have burrowed into temperate and tropical soils worldwide, and are now beginning to encroach on colder habitats.

A new research project, presented at the American Geophysical Union Fall Meeting this week, documents these critters’ spread across Alaska. Their proliferation into cold forests there raises concerns about the potential for worms to rapidly change these ecosystems, eroding their ability to store carbon in leaf litter. “We have known [earthworms] as beneficial organisms in agriculture and gardening settings,” says Kyungsoo Yoo, a soil scientist at the University of Minnesota. “But we are only beginning to understand their impact when they’re invasive”

Until recently, earthworm invasion went largely unnoticed as the critter quietly spread. The invertebrates move into new environments when fishers use them as bait, gardeners introduce them into their soil, and travellers inadvertently allow them to hitch a ride on car tires.

There are many types of worms, but the most concerning are the geoengineering variety, which includes night crawlers (the type commonly used as bait). Night crawlers burrow vertically, moving the plant material they eat deeper into the soil. Other worms, like red wrigglers (Lumbricus rubellus), burrow more laterally. The eating and digging these geoengineers do breaks down plant matter in the soil, turning leafy and woody bits into soil and freeing up the nutrients that were once bound in organic matter. In essence, worms speed up decomposition, which can be a bad thing for ecosystems used to taking it slow. “That’s why we call them engineers,” says Yoo. “They restructure their environment.”

In previous work, Yoo had documented the dispersal of invasive worms in the cold forests of Minnesota, but he was interested in whether they’d also managed to move farther north into Alaska and begin to alter the ecosystems there. To even know where to look, they talked to biologists and local citizens to determine where worms had been spotted. Then, they focused on about 20 sites, including gardens and boat landings. They studied soils near fishing sites that used nightcrawlers as bait as well as those that didn’t to determine if bait was indeed a source. Yoo and his team would start digging right next to each site, and then move outward, surveying the soil about every 30 feet to see what worms were around.

Their findings show the beginnings of earthworm invasion in the state, though the worms are so far confined mostly to southern coastal areas. Up to the town of Talkeetna, the geoengineers were clearly working their way from boat sites into forests; the researchers found their numbers were high at boat landings, and then gradually dwindled outward. Further supporting that bait was to blame, Yoo and his team didn’t see earthworm hotspots around fishing areas that traditionally use salmon eggs rather than worms for bait. Up north, though, few introduced worms survived, if at all. Near Fairbanks, the worms were confined to small areas like south-facing gardens or around hot springs; the environment elsewhere was simply too cold to survive.

In some places they were no worms bc they could not have survived. In Fairbanks some do survive bc there are locally warmer soils in the garden. South facing garden, or a flowerbed next to the buildings.

Near boat launches, worms had dramatically changed the soil. At 200 feet away from one launch site, the soil has a litter layer, made up of leaves and other dead plant material, about six inches thick. But at about 30 feet from the boat area, that organic layer disappeared. Yoo says that he and his team could blindfold themselves further out from a site, and, as they walked toward the boat landing, be able to feel the soil beneath their feet change when they stepped on earthworm habitat. Organic matter is springy and soft, but the areas the worms had transformed felt more solid underfoot. This sort of change takes around five to 10 years of worm burrowing, adds Yoo.

Justine Lejoly, soil scientist at the University of Alberta, says that Yoo’s work will be helpful for other researchers studying the impact of earthworm invasions. “It’s important to have data on invasion to start with,” says Lejoly. “I struggled to find good sites [for my research].”

Beyond being a striking example of invertebrate engineering skills, the findings are a warning about the changes these cold ecosystems could soon face. While Alaska is just in the beginning stages of earthworm invasion, Yoo has documented these changes in areas that have had a longer time for worms to work through the soil, including Minnesota. There, worms have an effect that ripples through the entire forest. Speeding up decay in soil means that less carbon and other nutrients are bound in organic matter; nutrients that were once slowly freed up as microbes decayed the leaves now become mobile all at once and leach away when the soil is wet, leaving fewer nutrients for plants. The litter layer normally serves as a protective cover, protecting young sugar maple saplings from getting eaten by deer. Salamanders and songbirds also take shelter in the litter, and have to find new habitat after the worms move in.

These changes are a big deal for boreal forests. Boreal forests are major carbon sinks, storing about as much carbon in soil as tropical forests contain aboveground. As the worms move in, it’s possible they could substantially reduce the amount of stored carbon, says Yoo. Additionally, as the climate warms, the worms could move further north, expanding their erosion of carbon stores. Lejoly has seen the carbon stores of her research sites in Alberta dwindle. In a preliminary calculation, she estimated that her control plots with no worms had 30 megagrams of carbon per hectare, while the those invaded by earthworms had just two. In those same plots, the leaf litter was 6 inches thick without worms, and less than an inch thick where the worms were around. She adds that it’s estimated that nine percent of boreal forests in Alberta are currently invaded by earthworms, and that number could increase to 49 percent by 2050.

Yoo says one way to address places where worms are just starting to invade, like Alaska, would be to enact bans on using them as bait. “The good news is that even though there are so many invasion points … there is much area that is uninvaded,” he says. “So we need to act fast.”