The physics of earthquakes are complex, but our abilities to forecast future ones in real time is improving. 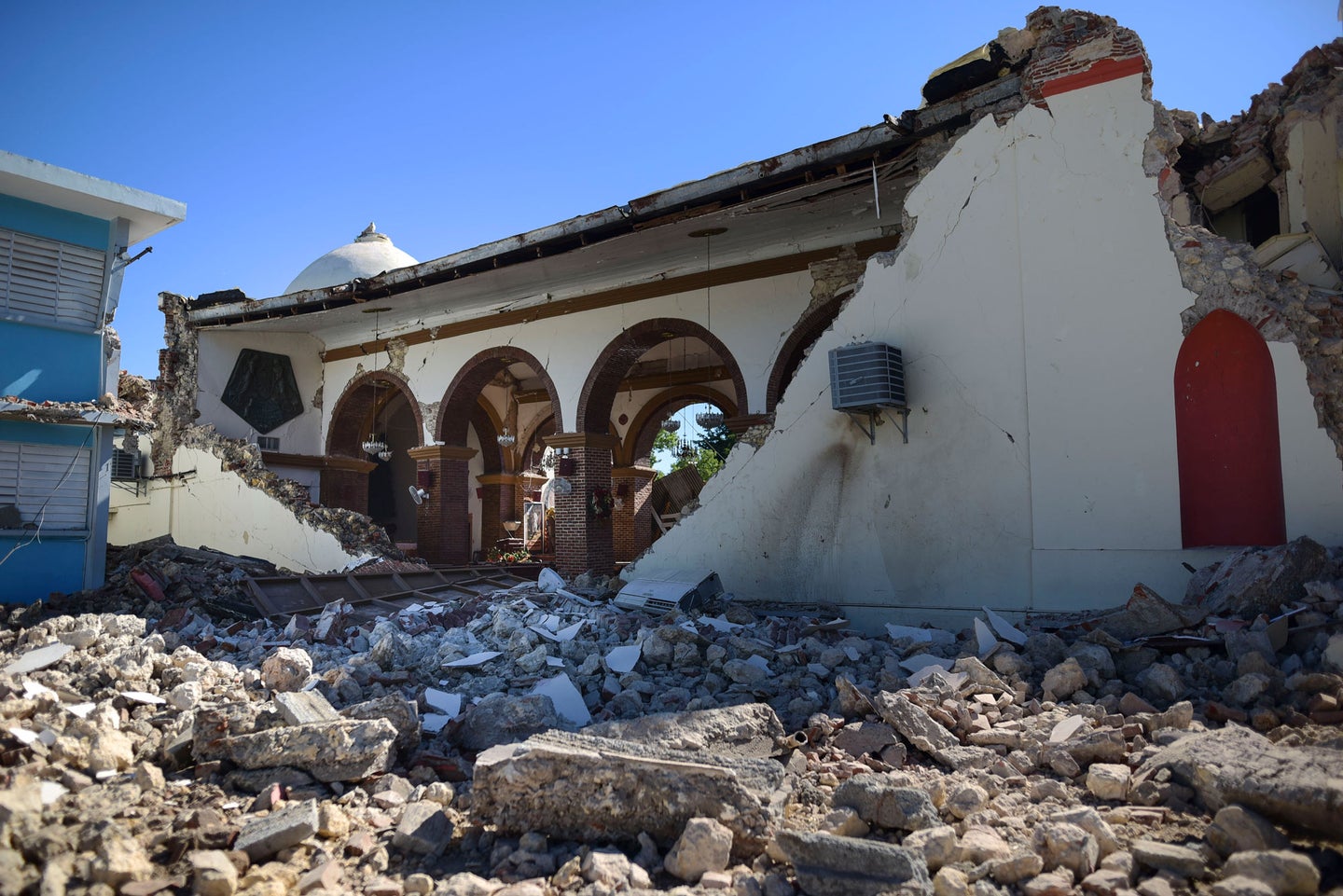 Richard Aster is a Professor of Geophysics and Department Head, Colorado State University.

This story originally featured on The Conversation

Multiple strong and damaging earthquakes in southern Puerto Rico starting around Dec. 28, 2019 have killed at least one person, caused many serious injuries and collapsed numerous buildings, including a multistory school in the town of Guánica that luckily was empty at the time. These quakes are the most damaging to strike Puerto Rico since 1918, and the island has been under a state of emergency since Jan. 6, 2020.

This flurry of quakes includes onshore and offshore events near the town of Indios and along Puerto Rico’s southwestern coast. So far it has included 11 foreshocks—smaller earthquakes that preceded the largest event, or mainshock—with magnitudes of 4 and greater. Major quakes occurred on Jan. 6 (magnitude 5.8) and Jan. 7 (magnitude 6.4 mainshock), followed by numerous large aftershocks.

Seismologists like me are constantly working to better understand earthquakes, including advancing ways to help vulnerable communities before, during, and after damaging events. The physics of earthquakes are astoundingly complex, but our abilities to forecast future earthquakes during a strong sequence of events in real time is improving.

Forecasting earthquakes is not a strict prediction—it’s more like a weather forecast, in which scientists estimate the likelihood of future earthquake activity based on quakes that have already occurred, using established statistical laws that govern earthquake behavior.

Puerto Rico spans a complex boundary between the Caribbean and North American tectonic plates, which are sliding past each other in this region at a relative speed of about 2 centimeters per year. Over geologic time, this motion has created the Muertos Trough, a 15,000-foot depression in the sea floor south of the island.

This plate boundary is riddled with interconnected fault structures. The present activity is occurring on and near at least three interrelated large faults.

Faults are pre-existing weak zones between stronger rocks. In response to surprisingly small force (stress) changes, they rapidly slip to produce earthquakes. The “hair-trigger” nature of fault slip means that predicting the precise timing, location, and size of individual quakes is extremely challenging, if not impossible.

During an earthquake sequence, changing stresses act on nearby fault systems as stress is gradually redistributed within the Earth. This process generates thousands of protracted aftershocks.

Many earthquake sequences simply start with the mainshock. But it is not especially rare for scientists to recognize after the fact that foreshocks were occurring before the main event. Improvements in earthquake instrumentation and analysis are helping scientists detect foreshocks more often, although we have not yet figured out how to recognize them in real time.

Will one shock lead to another?

Researchers have known for over a century that the rate of earthquakes following a mainshock declines in a way that we can characterize statistically. There is also a well-established relationship between the magnitude of earthquakes and their relative number during an earthquake sequence. In most seismically active regions, for a decrease of one magnitude unit—say, from 4.0 to 3.0—people can expect to experience about 10 times as 3s compared to 4s in a given time period.

Using such statistical relationships allows us to forecast the probability and sizes of future earthquakes while an earthquake sequence is underway. Put another way, if we are experiencing an aftershock sequence, we can project the future rate of earthquakes and what magnitudes we expect those quakes to have.

For example, as of Jan. 14, the U.S. Geological Survey forecast estimated a 3 percent chance of one or more quakes larger than magnitude 6.4 in Puerto Rico over the next seven days. It also noted that the region should expect between 40 and 210 smaller quakes, with magnitude 3 or larger—sizes that are likely to be felt—during that time.

With extended statistical modeling of earthquake sequences that include foreshock and aftershock probabilities, seismologists can forecast the likelihood of key earthquake scenarios to inform public safety efforts while earthquakes are occurring. For example, the USGS also estimated as of Jan. 13 that there was an 81 percent chance that the largest shock had already occurred—namely, the magnitude 6.4 quake on Jan. 7. The agency calculated a 17 percent chance that a closely sized “doublet” 6.4 earthquake could yet occur.

Recognizing in real time when a set of earthquakes is likely to be a foreshock sequence is a challenging and active area of earthquake forecasting research. Progress in the effective forecasting and communication of ongoing earthquake hazards could mean the difference between life and death for people in the eastern Caribbean and other seismically active areas on an increasingly urbanized planet.