More than 5,000 animals were culled to curb the damage, but the wildfires aren’t to blame. 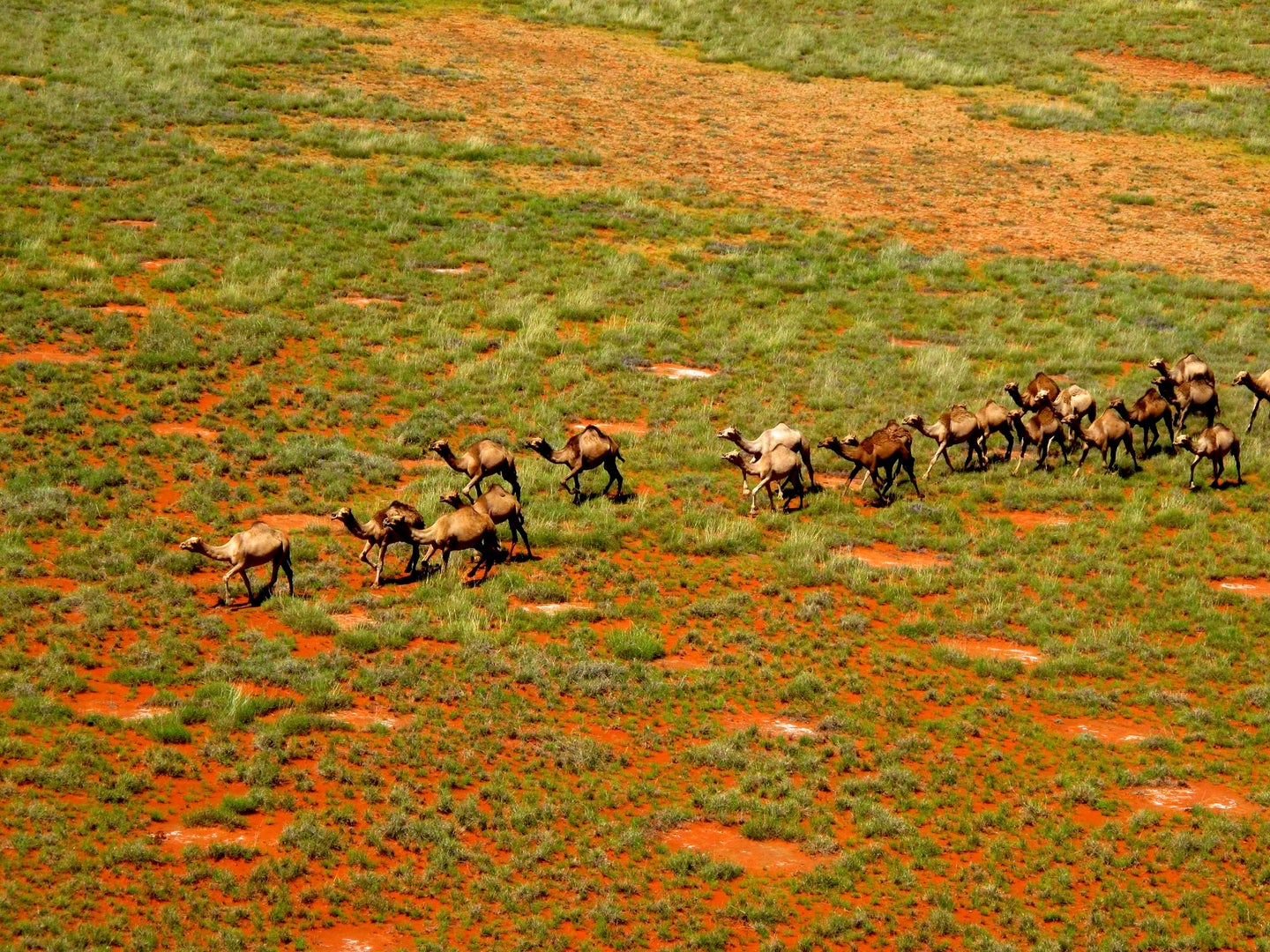 If the loss of millions of animals from raging wildfires in Australia wasn’t enough, news of another loss is circulating—that of over 5,000 camels.

In a media statement, officials explained that the cull was needed to control the thousands of camels trodding into Aboriginal communities in Anangu Pitjantjatjara Yankunytjatjara (APY) lands, located in the northwest part of South Australia. Particularly during times of extreme heat and drought, the animals bust into towns, clogging roadways and smashing through fences in search of water. And Australia’s had a hot year—2019 was its warmest on record and rainfall was 40 percent below average levels.

“We have been stuck in stinking hot and uncomfortable conditions, feeling unwell, because all the camels are coming in and knocking down fences, getting in around the houses and trying to get water through air-conditioners,” APY Executive Board Member Marita Baker said in the statement. To ease the human-animal conflict exacerbated by these conditions, Australian officials engaged in a 5-day aerial shooting effort. While the camel hunt coincided with the massive bushfires that have swept the country, the two events are not directly related (although both the fires and camel problems are made worse by extreme heat and drought).

If the image of a camel trampling through the Outback strikes you as odd, it’s perhaps justified. The single-humped dromedaries are indeed not native to the island nation, and their ability to adapt and grow their population in the arid landscape has been causing problems.

The camels were first brought onto the continent in 1840 by British settlers, who imported the animals to help transport people and supplies across the country’s arid landscapes. But their water-efficiency became irrelevant with the arrival of automobiles, and soon after people stopped using camels. During the 1920s and 30s, the ungulates were freed to roam interior Australia. Being the tough, drought-reliant animals they are, they took the new environment with ease.

As reports of their booming numbers grew, the government eventually took notice. In 2009, researchers estimated that there were approximately one million feral camels roaming 3.3 million square kilometers (about 1.3 million square miles) of land. Almost half of the camels occupied Aboriginal lands, where high numbers of the animals can damage cultural assets, including waterholes. In a recent study of camel waterhole use, the authors write that waterholes have “deep ceremonial, economic, and social significance” to local people.

That same study found that when camels are present at waterholes, native birds and dingoes are less likely to come by for a much-needed drink. Feral camels are also known to disturb wetlands and native plants.

And when the humped creatures enter communities, they can wreck properties in their search for water and make driving hazardous. A 2013 study estimated that feral camels incur $11.5 million annually due to the costs of controlling them, livestock losses, and infrastructure damage. (Though America’s feral hogs still have them beat in destructiveness.)

Because of these concerns, government officials have turned to cutting down their numbers, mostly through aerial shooting. A report by the Feral Camel Management Project found that management using mainly this approach had reduced their population to 300,000 in a four-year effort wrapping up in 2013. Since then, however, their numbers have rebounded to over 1 million.

A swelling population and a spike in heat led the camels to once again trample into communities and contaminate local water supplies. “As they search for water, weakened camels become stuck in remaining soaks and waterholes,” said APY General Manager Richard King in a statement. “When they die, the carcasses are a huge source of contamination, and foul the water for other animals and birds.”

The cull wrapped up on Monday, with APY leaders calling the effort an “an absolute success.” But the benefits might not last. “This [cull] will alleviate short-term water-searching behavior for about a season or so,” Corey Bradshaw, an ecologist at Flinders University in South Australia, told the New York Times. “But when conditions improve, they’ll build up their numbers pretty fast. They’re good producers.”

Relying on continued slaughter is perhaps a grim solution, and people from around the world are fired up about the cull; one petition online to “Save Australia’s Camels” racked up over 100,000 signatures (the petition doesn’t specify an alternative plan).

One alternative could be to use the camels for food. Researchers have actually explored the possibility of a camel meat market, hoping to create beneficial use from their carcasses—and perhaps boost local economies with the new business. It sounds ideal on paper, but it’s not an easy solution to implement.

As a 2016 feasibility study explains, a commercial industry would be short-lived without the development of camel farms. Capturing camels and hauling them back to slaughterhouses is only profitable in high-density hot spots. Once a clump of camels is cleared out, the camel hunters would have to travel further for fewer and fewer animals, making it unsustainable as a business. To create a continued commercial industry, there needs to be investments in fences and farming infrastructure to wrangle camels together for slaughter, the report concludes. Only then could a market for about 14,000 camels a year be viable.

In the APY statement, Tim Moore, coauthor of an economic assessment for feral camel management, said that “If the camel economy is to continue, it can only happen if the animals are treated as stock, with camels owned and managed behind wire like any other pastoral business does.”

For now, the aerial culls are the main, if uneasy, way to handle unruly camels. But if a camel industry forms to bring farms and slaughterhouses to the Outback, we might see future restaurants abroad selling camel burgers and coffee shops offering camel milk with your latte.