A person’s ‘exposome’ is just as important, if not more so, as their genetic predisposition to disease. 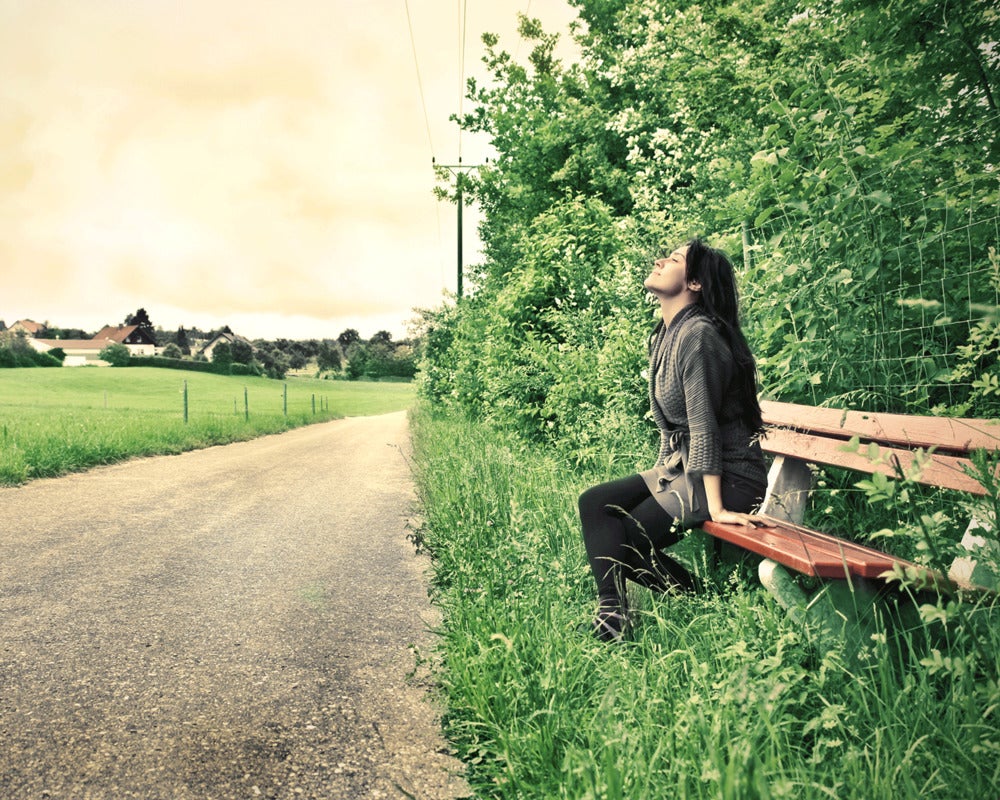 Diseases can arise from a multitude of different factors, including both the genes we inherit and the environments in which we live. Sometimes it’s a single genetic mutation that causes the condition, as is the case with sickle cell disease or cystic fibrosis. Other times, environmental factors play the largest role; smoking cigarettes greatly increases your risk of lung cancer, for example. And while we have been studying the genetic roots of disease closely through the human genome project and similar ventures, we haven’t yet figured a way to analyze a group and individual’s environmental exposures: What do they breathe in every day that makes them more or less susceptible to disease?

Researchers say a new, portable tool that takes air samples in the same rhythm as a human breath, could provide a better understanding of what people are exposed to every day, and how that exposure might affect our health. In a first-of-its-kind study, researchers attached the device to 15 people so it could keep tabs on their daily lives.

It turns out that every person seems to have a distinct exposome, which is what researchers are calling the combination of bacteria and other microparticles we ingest daily as we breathe. They think that this might be a missing puzzle piece to understanding disease. But until now, no one has had a particularly good way of studying this contact.

“The device is really powerful,” says Jack Gilbert, a microbiologist and director of the Microbiome Center at the University of Chicago, who was not involved in the research. He says the study by itself is very preliminary, but the implications for it are huge: There are major health disparities between different populations of people, he says, and figuring out which environmental factors have the most influence is key to narrowing that gap.

“Where you live can affect your disease risk, and that is based on what you are being exposed to,” says Gilbert. “We’ve been tracking chemical pollutants in the air and in the water, but if we had a device like this, we could produce a much more robust data set. It’d be huge.”

The device itself is about the size of an iPhone and rests in a case strapped to a person’s arm. In about the same rhythm as we breathe, the device takes in an inhale-sized amount of air—and all the tiny particles that come with it.

For the study, published last week in the journal Cell, researchers strapped the device to 15 participants. Because the goal of the study was more explorative and less structured, the amount of time each person wore the device varied; the majority of people wore it from three to seven days, however, one participant—one of the authors himself (Michael Snyder, a geneticist at Stanford)—wore it for two years straight. Every few days to a week (or just once, depending on how long a person wore it), the researchers would unload its microbial contents and sequence them. What the researchers found was that the stuff subjects inhaled varied significantly, despite the fact that all participants were in the same geographical region—the San Francisco Bay Area.

All of that data was super interesting for researchers to peruse, but didn’t yield any big insights into what makes us sick or keeps us healthy. Lead author Chao Jiang, a post-doc in the department of genetics at Stanford, says that although the research is preliminary, the device itself has implications for both basic science and public health. Previous iterations of devices tot monitor microorganisms in the air have been unwieldy, stationary machines. Because they can’t be moved around very easily, they only have the ability to monitor a single room. So keeping track of everything an individual inhales in a day wasn’t really possible.

Jiang says while we know there are many environmental pollutants that affect our health, we don’t know the mechanism through which they influence us. He likens this to the fact that we know exercise is good for our hearts, but we don’t know exactly why. With this device, researchers can link health conditions to specific exposures. For example, by studying people with asthma, researchers might be able to connect specific environmental allergens to asthmatic episodes, and potentially make a correlation between a particle present in the air we breathe and the onset of symptoms. With that specificity nailed down, they might then be able to find the mechanism behind it—which would open the door to creating targeted treatments.

Gilbert agrees. He says all of the research on the so-called “exposome” thus far has used samples collected from common areas humans expose themselves to, but none on a more individual scale. For example, a paper he published in 2016 in the New England Journal of Medicine attempted to understand why children among the Amish and Hutterite communities—both rural farming groups with little exposure to industrialized areas—had such different rates of asthma (Four percent of Amish kids get asthma whereas 25 percent of Hutterite children have the condition). Gilbert’s team used dust samples from the living rooms of both Amish and Hutterite children’s’ homes. They gave the microbial contents of those dust samples to mice and found that rodents exposed to Amish kids’ dust didn’t get asthma while the ones that got the Hutterite kids’ dust did.

“That was great confirmation,” says Gilbert, “but we were just collecting dust from nooks and crannies in their bedroom, whereas if we actually had the dust from their daily exposure—what they are exposed to in their rooms, on the farm, in the school, on the buggy, the road, and so on—that would have significantly helped our ability to determine if there was variance in the population.” That’s where the portable device used in this study would be crucial, he says.

In the future, Stanford’s Jiang says the portable device can and likely will be used for all sorts of experiments, from ones that answer basic science questions to others that monitor public health concerns like the influenza virus, and how it sometimes turns more dangerous some years more than others. If researchers can understand what is different about the environments where people contract the disease, they might be able to pinpoint when and where the influenza virus is likely to turn dangerous—and potentially stop it in its tracks.

For now, it’s important to remember that, yes, everything around does have an influence on our health. But scientists haven’t yet pinned down what, how, or how much. So don’t expect an exposome-biotic pill just yet.