Air pollution can ruin the health benefits of ‘walkable’ neighborhoods

Health benefits always depend on context. 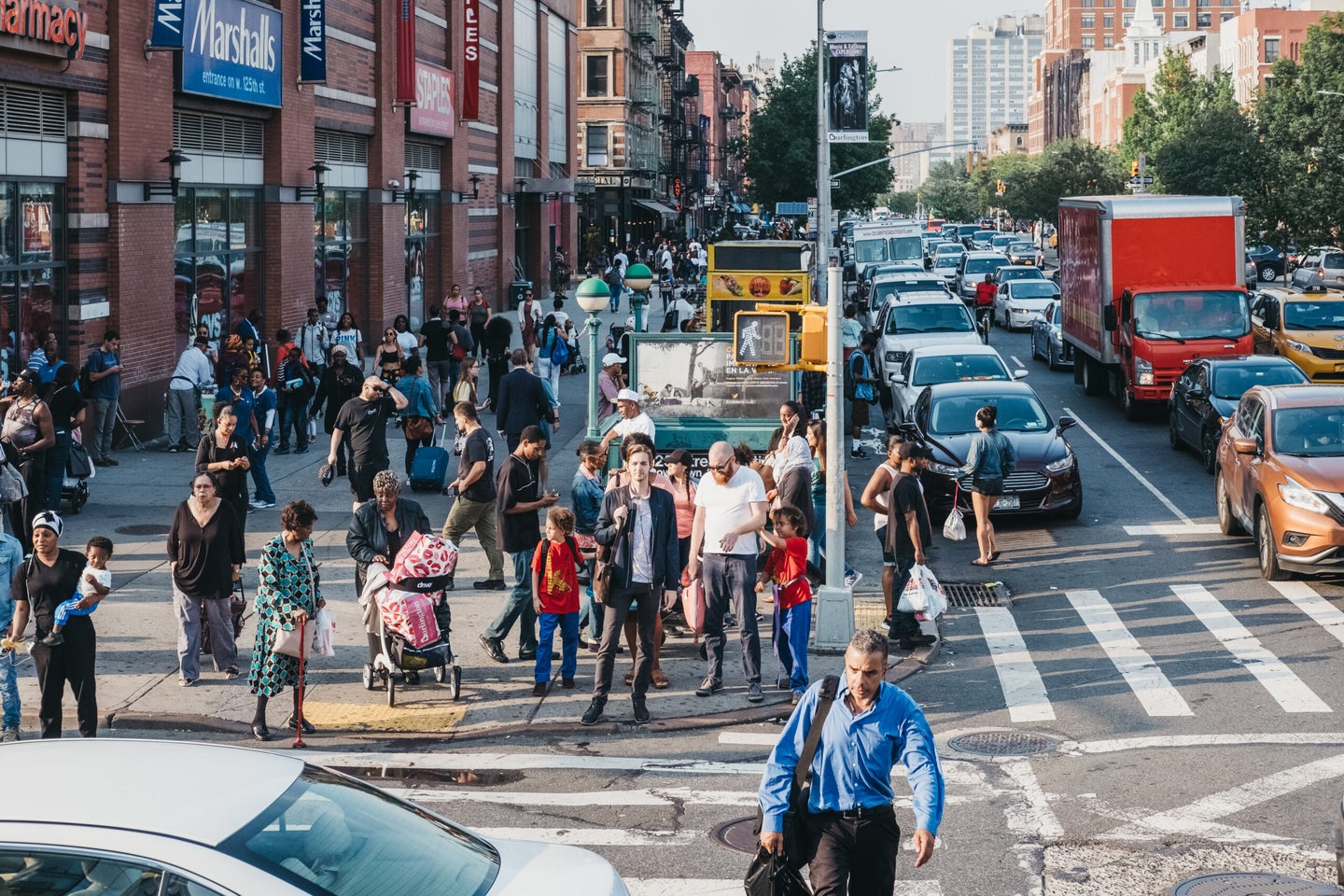 Living in a walkable neighborhood, where people can easily get to the store, to work, and around town under their own power, is usually associated with better health—studies show that those neighborhoods are associated with increased physical activity and lower levels of obesity, hypertension, and diabetes.

However, those neighborhoods also sometimes have high levels of air pollution: connected streets and close proximity to stores and town centers can mean more cars close by, which generate polluting emissions and can be associated with poor cardiovascular health. And, when walkable neighborhoods do have bad air, their health benefits are canceled out, according to a study published this week in the journal Environment International.

“Some of these neighborhoods that should be extremely healthy and were designed around pedestrian activity also have high rates of car emissions from traffic idling,” says study author Gillian Booth, a scientist in the Centre for Urban Health Solutions at St. Michael’s Hospital in Toronto. “When you look at neighborhoods that are highly polluted, those benefits of walkability are decreased.”

The study used data from the CANHEART study, a dataset of the cardiovascular health outcomes in nearly 10 million adults living in Ontario, Canada. It included almost 2.5 million subjects from that dataset who were aged 40 to 74 and lived within their study area (Toronto, Ottawa, Hamilton, and London). Subjects were rated based on their exposure to walkable areas and to traffic-related air pollution based on where they lived, and the study looked at the risk of hypertension and diabetes based on both of those factors.

The authors found that, in areas with low air pollution, the probability of a person having hypertension and diabetes decreased as walkability increased. However, as air pollution went up, the gap in health outcomes between walkable and less walkable neighborhoods went down. “The benefits totally depend on context,” Booth says.

There might be multiple reasons why that’s the case, she says. “We wonder if people are out walking more, and so they’re getting exposed to more pollution, or if they’re just canceling each other out because the overall harms of air pollution trump the benefits of walkability. It could also be that when you’re walking, you’re breathing more deeply, and some theorize that you could be taking in more air pollution.”

Prior research has shown, independently, that walkable neighborhoods are associated with better health and that those neighborhoods can have high pollution levels, Booth says. This study pulled those elements out of their silos and looked at how they impact each other. “Part of the problem is taking a single lens, and then you don’t see the real world experience of how these are working together,” she says. “What hasn’t been done is look at that hidden risk of other elements of neighborhoods, such as risk of air pollution.”

The findings could help city planners design future living areas with residents’ overall health in mind. A push for healthy urban design and physical activity is great, Booth notes, but it doesn’t exist in a vacuum. “Often, we want a single solution to the problem,” she says. “It’s great we’re thinking broadly about environments, but we need to be thinking about the whole picture. There’s a problem with looking at these issues in isolation.”

Some of the solutions, though, might align. Expanding access to public transportation could help lower congestion in walkable areas while also reducing car dependency further, Booth says. That reduces emissions, as well. “The message from this research could be in line with multiple larger policy end goals.”