Higher levels of air pollution may be linked to higher risk of dementia. 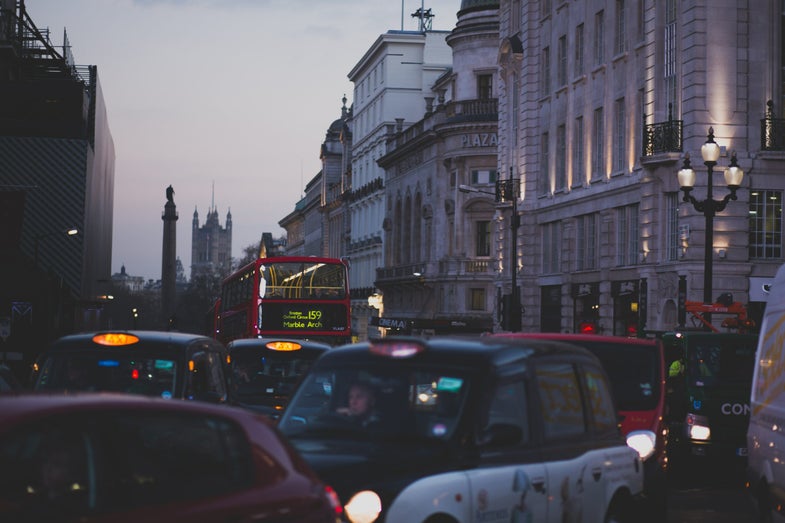 The air you breathe could have long-term impacts on your brain. Exposure to high levels of air pollution might contribute to the development of dementia later in life.

That’s what a new study, published yesterday in the journal BMJ Open, found by tracking rates of dementia diagnosis and levels of air pollution for older people living in the Greater London area. The paper, which also evaluated other factors like traffic noise, smoking, and diabetes, is another step toward connecting the dots between pollution and neurocognitive disease.

“While the findings need to be treated with caution, the study is an important addition to the growing evidence for a possible link between traffic pollution and dementia and should encourage further research to investigate this,” Iain Carey, lead author on the study and epidemiologist at St. George’s University of London, wrote in an email to Popular Science.

The idea that dirty air might do more than make you cough is far from new. Scientists have already linked pollution to increased risk for heart disease and stroke. The pollutants of most concern are the tiny bits of particulate matter known as PM2.5, nitrogen dioxide, and ozone, all of which you spew into the atmosphere every time you drive a car with a combustion engine.

To figure out whether brains might also be affected, Carey and his team analyzed the medical records of 131,000 patients between the ages of 50 and 79 over the course of seven years, from 2005 to 2013. In January 2005, none of the participants had a history of dementia or home care in their records. The researchers then tracked how many patients developed dementia over the course of the study period.

Then researchers determined the average annual concentrations of PM2.5, nitrogen dioxide, and ozone in 2004 across Greater London. They also evaluated traffic intensity, proximity to major roads, and nighttime noise levels in each postal code. Because going through this process for other years did not change the results, the researchers used the 2004 data to approximate pollution exposure for the entire length of the study.

After controlling for other factors like smoking, diabetes, age, and ethnicity, Carey and his team found that patients living in areas in the top fifth of nitrogen oxide levels had a 40-percent higher risk of being diagnosed with dementia than those in the bottom fifth, and a similar increase showed up with higher PM2.5 levels. Once researchers drilled down into the data, they found the association only held for one type of dementia: Alzheimer’s disease.

“I am really excited that we’re starting to see studies like this,” says Melinda Power, an epidemiologist at George Washington University who was part of a 2016 systematic review of research on dementia and air pollution. “I think this one is particularly useful because it accounts for nighttime noise levels.”

Where there is pollution there is often noise. That leaves epidemiologists like Power to wonder whether what seem to be the effects of pollution on the brain are really the effects of long-term exposure to loud ambient noises, like traffic—maybe people in noisier areas get less sleep, or experience more daily stress. This study accounted for nighttime noise-levels (when people were more likely to be at home) and found noise had no effect on whether people were more or less likely to receive a dementia diagnosis.

But the use of medical records to diagnose dementia is the biggest limitation to the study, says Jennifer Weuve, an epidemiologist at the Boston University School of Public Health and a collaborator with Power on the 2016 systematic review. It’s a common method when it comes to air pollution, says Weuve, but that data can be unreliable. It only reflects diagnosed dementia, not necessarily all cases.

In this case, there’s a chance people with higher exposure to air pollutants are developing stroke and heart disease, and so are already visiting their doctors more regularly when they eventually develop dementia, says Weuve. This makes it look like there is a relationship between dementia and exposure. But there could be a group of people with less pollution exposure who develop dementia and stay home without a diagnosis, because they’re otherwise healthy—thus skewing the results.

Despite the limitations of this and similar studies, this kind of research is important, says Power, especially for a field that has no drugs that can actually treat the disease it studies.

If scientists can prove this link definitively, then it would be possible to reduce dementia rates by improving air quality, says Weuve. “We could shift the epidemic through use of policy, which is kind of mind-blowing,” says Weuve, rather than just targeting the habits of individuals.

We wouldn’t be able to get rid of dementia completely, she warns, but “we could at least change the numbers a little bit.”