This could lead to more greenhouse gas emissions and worse air quality. 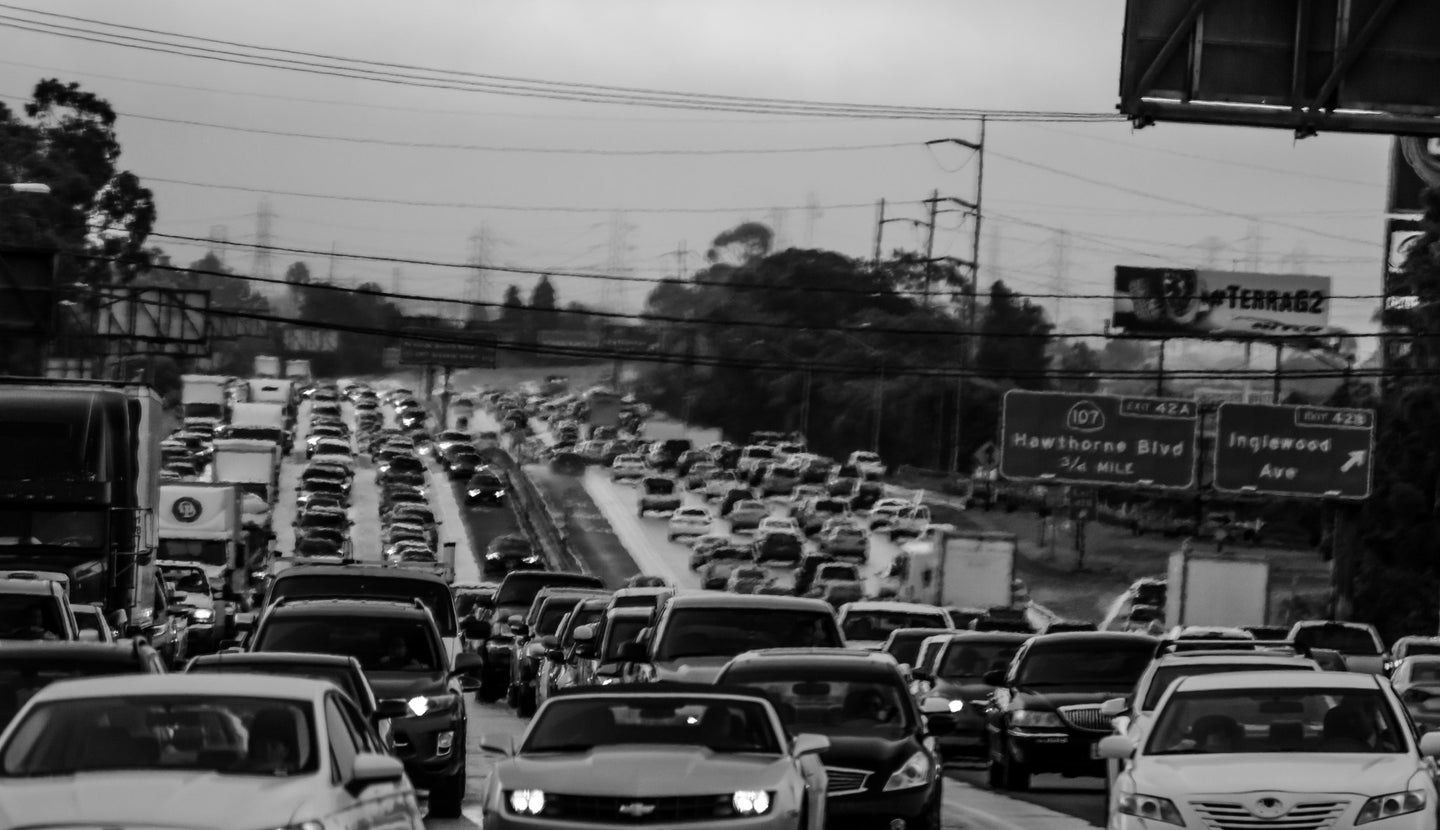 The Trump administration plans to curb California’s ability to set its own air pollution standards, a move that could stall the state’s ability to hit greenhouse gas emissions targets and worsen its air quality.

On Wednesday, President Trump said on Twitter: “The Trump Administration is revoking California’s Federal Waiver on emissions in order to produce far less expensive cars for the consumer, while at the same time making the cars substantially SAFER.”

The proposal takes aim at a longstanding tradition of California leading the nation in protecting clean air. In 1966, the Golden State became the first to regulate tailpipe emissions after officials traced Los Angeles’ heavy smog—at times obscuring views to just three blocks—to cars. Then, in the Air Quality Act of 1967, Congress granted California the ability to continue setting stricter standards due to “compelling and extraordinary circumstances.” Since then, state officials have regularly set rules that eventually became adopted nationwide and driven the development of now-widespread technologies, such as catalytic converters and the check engine light. The average new car sold in California today releases 99 percent less smog-causing pollution than one sold in the 70s, according to the state air resources board.

It appears that the administration’s move is also a retaliation against California’s recent efforts to target greenhouse gases by going directly to car manufacturers. This summer, state air regulators forged an agreement with four automakers—Ford, Honda, BMW, and Volkswagen—to abide by stricter emissions rules, as opposed to the federal proposed rollback to an average fuel economy of 37 miles per gallon after 2020. In a September 6 letter to California, the EPA and Department of Transportation said that the agreement “appears to be inconsistent with Federal Law,” which gives the power to set mileage standards to the federal government. The officials argued that, because regulating greenhouse gas emissions from tailpipes directly affects vehicle mileage, the state’s efforts around the Clean Cars rules could be unlawful.

“It’s clearly a big slap at California,” Ann Carlson, environmental law professor at the University of California, Los Angeles, told the Los Angeles Times. “It does make you wonder whether there’s a motivation here that’s political rather than legal.”

“It’s the clean cars standard that the Trump administration is attacking, and those clean car standards have meant cleaner air and less oil use for Californians,” says Bill Magavern, policy director at the Coalition for Clean Air, a nonprofit focused on California’s air quality. “The assaults on California’s air are going to mean more air pollution for California, which already suffers from the worst air pollution in the country. There’s really nobody who benefits except the oil companies.”

Today, California has more than 24 million cars on its roads. Though vehicles are a lot cleaner today, the Los Angeles and San Joaquin Valley air basins—where almost 20 million people live—still have unhealthy levels of smog. Although it seems the Trump administration is mainly aiming to roll back greenhouse gas regulations (rather than air pollution targets, which are mostly the same between the state and federal government) this move could still affect the health of millions. Not only do California’s rules include stricter standards for smog, smog formation also increases as temperatures warm, so allowing cars to spew more carbon could also lead to worsened air quality. For people living in the Los Angeles air basin, the California Air Resources Board says that California needs to be able to set its own standards to “avoid condemning the 12 million people living there to breathe unhealthy air.”

Given the state’s ongoing legal battles to push back on the administration’s rollbacks of environmental regulations, it’s expected that they’ll fight this move in court as well. But California has the better case since it was acting within the bounds of the Clean Air Act, says Magavern, which clearly gives the state the power to set and enact its own standards. “There’s no provision in the Clean Air Act, there’s no precedent to rescind a waiver that was already granted,” adds Daniel Sperling, director of the University of California, Davis Institute for Transportation Studies and a member of the California Air Resources Board.

The move would also imperil California’s status as a leader in environmental standards. Revoking California’s authority to set air rules is “hugely important for California, the US, and the world,” says Sperling. “California is a model and leader and innovator … it provides a model for others, it motivates others.”