If you’re worried about the environment, here’s how you can help 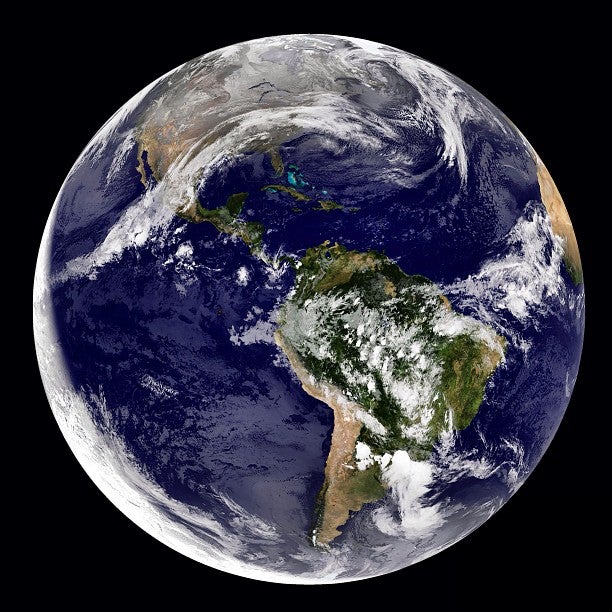 Many people are uneasy about what the next administration will mean for the future of our planet. NASA Goddard Space Flight Center
SHARE

The next president of the United States is not likely to prioritize environmental protection. President-elect Trump has claimed that human-caused climate change is a hoax. During his campaign he’s threatened to “cancel” United States participation in the Paris Agreement, which aims to limit global warming to within two degrees Celsius of pre-industrial levels. He has said he would dismantle President Obama’s signature Clean Power Plan to cut carbon emissions from power plants. He has named a climate change skeptic to lead the EPA transition team.

We don’t know yet which plans Trump will stick to, and he cannot undo all of the regulations and agreements made during the Obama administration overnight. It would take years to withdraw from the Paris Agreement, although Trump could refuse to enforce it.

Here’s the good news: regardless of what the next administration does (or refuses to do), global action to thwart climate change will continue. And you can help. If you’re worried about the environment, here are a few things you can do:

Show the government how desperately the public wants to slow climate change. Find your elected representatives. Send them a message about the impacts of climate change, and the actions you support.

“Start acting locally when you run into a roadblock globally,” recommends Debbie Sease, the Sierra Club’s Senior Director of Advocacy. “You can say ‘no’ to Mr. Trump in terms of, ‘please don’t attack the environment,’ and then you can work with your local city council to try to get your city to adopt things that are moving toward a…clean energy future.”

The benefits to working locally will spread beyond your own city and state. “It’s not just a consolation prize,” Sease says. One example of how this has played out, she says, is the fuel efficiency standards that President Obama set for cars and trucks (although they might take a beating in the next four years).

“What made it possible for him as president to come in and successfully do that was the fact that…states including California, which is a huge auto market, had adopted state standards,” she says. This made auto manufacturers more willing to agree to a national standard. “That work at the state level…set the stage for major progress at the federal level,” Sease says.

If you’re feeling disheartened, read a few of the statements nonprofit groups such as American Rivers, Defenders of Wild Life, and Earthjustice have released in the wake of the election, promising to fight harder than ever to defend the environment.

Then donate to an environmental organization, or find out which groups have state or local chapters near you and volunteer (you can also find opportunities to pitch in at volunteer.gov).

Here are a few environmental organizations to check out:

Another way to help: support environmentally friendly businesses and cleaner energy sources such as wind and solar. President-elect Trump may support the coal industry, but, “If the marketplace is saying, we want clean energy, we want to get off of fossil fuels, and we find clean energy cheaper, it ties his hands,” Sease says.

There a plenty of ways to cut down on greenhouse gas emissions related to everyday activities like traveling to work and using electricity.

For starters, unplug your electronics when you’re not using them. And when your smartphone, laptop or television bites the dust, recycle it. Also, if you weren’t already recycling paper or glass and plastic containers, start doing that too.

When you can, try to walk, bike, carpool with others, or take public transportation.

A lot of energy goes into producing and transporting food, so try to buy locally grown food, plan how much food you actually need to avoid waste, and cut down on red meats (which require more energy than other foods).

You can find more tips here.

Take care of yourself

Find ways to volunteer that give you a chance to do good for the environment and for yourself at the same time, Sease advises. “We’re headed into some years that, for folks who care passionately about the environment, [are] going to be pretty tough,” Sease says. “Get involved in some things that take you outdoors…because there is an amazing restorative aspect to that.”

So sign up to clean a river, plant trees, or monitor how clean the water is in your community. And don’t lose hope. “It can seem very daunting,” Sease says, but, “people should not say, well there’s nothing we can do.”