A rundown of the fallout. 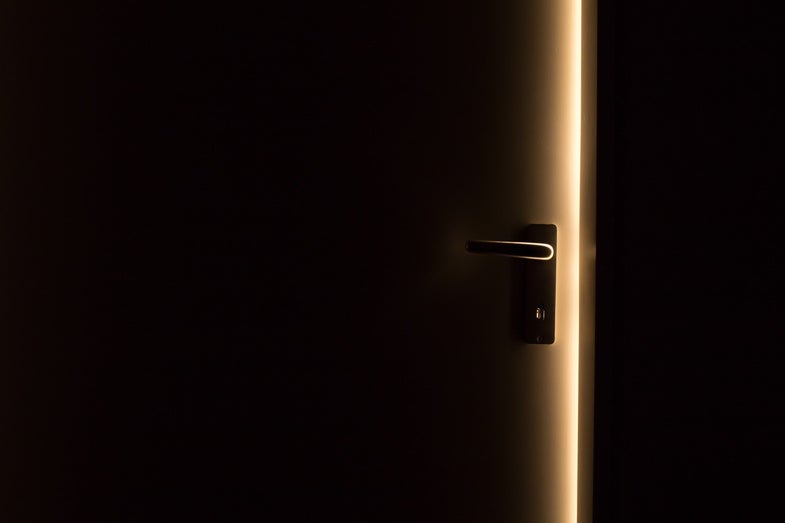 Will the US close the door on the Paris Agreement on climate change?. Pexels
SHARE

Update: On June 1, President Trump held an event in the White House Rose Garden to announce that the United States would exit the Paris Agreement on climate. “Thanks to President Trump, America is back,” Vice President Pence told the crowd. “President Trump is choosing to put the forgotten men and women of America first.” In announcing his decision to exit the agreement, Trump cited the agreement’s supposed pressure on the American economy and the “vast fortune” being spent on compliance. He added that his administration would “negotiate and see if we can make a deal that’s fair…and if we can, that’s great, and if we can’t, that’s fine.”

The process is expected to follow U.N. procedures, which means it should take about four years for the country to officially exit the agreement. For more about what that decision means—and what events might follow—read on to our piece originally published on April 17, 2017.

What would happen if the United States walked away from the Paris Agreement on climate change?

The agreement is designed to reduce the negative impacts of manmade climate change, a phenomenon agreed upon by 97 percent of climate scientists. One hundred and ninety-four countries have signed the treaty, which means that they have agreed to continue the process of the treaty. One hundred and forty-three countries, including the United States, have ratified the Paris Agreement—essentially agreeing to be bound to its terms.

Pruitt’s statement raises an interesting question. What would happen if the United States walked away from the Paris Agreement?

On a day-to-day, short term perspective within the United States the answer is not much, said Steve Cohen, the Executive Director of Columbia University’s Earth Institute.

“Whether you have Paris or don’t have Paris, the national policy of the United States requires a reduction of greenhouse gasses because of the Supreme Court’s interpretation of the Clean Air Act,” said Cohen.

Greenhouse gasses—like carbon dioxide, which emanates from coal fired plants and gas power automobiles, and methane, which escapes when we drill for natural gas—are warming up the climate, leading to everything from increased airplane turbulence, to stronger more severe weather and sea level rise. In 2007, Massachusetts (joined by 12 other states) successfully sued the EPA in a lawsuit titled Massachusetts v EPA for failing to regulate greenhouse gasses as an environmental pollutant under the Clean Air Act. Passed in 1963 and significantly amended in 1970, 1977, and 1990, the Clean Air Act regulates air pollution deemed hazardous to the public welfare based on the best available science.

The Paris Agreement basically mimics what the United States has already agreed to do domestically based on our own self-interest. Changing those commitments would require an amendment of the Clean Air Act. Numerous polls have shown that Americans support protections for clean air and water, as a result, said Cohen, “I can’t imagine that [a Clean Air Act Amendment] could get through the U.S. Senate even in its current form.”

Meanwhile, market forces are driving the destruction of some of the most polluting industries. Natural gas and cheaper renewables are what have killed coal—not the Clean Power Plan, which has not yet taken into effect. Those same market forces are driving many companies to slash their own carbon emissions—because like many home owners, corporations have learned that energy efficiency frequently cuts costs.

It’s why Cohen thinks pronouncements like Pruitt’s are acts of symbolic politics.

“Symbolic politics are things that elected officials do—that often have very little basis in reality—in order to attract political support,” said Cohen. “The symbol of pulling out of Paris is saying to your base, ‘see we, don’t believe those pointy-headed scientists, we don’t believe in this climate change hoax.’ But the fact is that climate change is real; it’s not a hoax. To deny it is really just an act of political symbolism, and that’s what withdrawing from Paris would be.”

But just because it’s a symbol doesn’t mean that withdrawing wouldn’t have real effects.

At this late stage in the game, all we stand to lose is our place at the table.

The agreement basically just codifies the direction the world economy is going in anyway. The world is moving towards renewable energy and increased energy efficiency, and not just because of climate change. Rather than thinking of climate change as the cause for these transitions, it’s helpful to think of it as the catalyst. The world moved towards fossil fuels in the first place because we ran out of whale oil, we became increasingly industrialized, and we invented the automobile—our old sources of energy weren’t up to the challenge.

Increasingly, our current systems of energy generation aren’t up to the challenge either—even putting aside their environmental impacts. Fossil fuels aren’t just bad for us and for the environment; they’re finite, ever-dwindling, and downright inefficient in an age hungry for electrical power. Doubling down on those industries doesn’t make sense.

“If you’re really interested in economic development, economic growth, you’d want to be on the cutting edge of technology—not fifty years behind the times trying to resuscitate an energy that’s going to die anyway,” said Cohen. “I’m not just talking about coal. Fossil fuels will be around for the next fifty years, but they will be a declining proportion of the energy mix. Why you would want to put all of your effort and investment in something that’s going away makes very little sense. Remember, AT&T originally stood for American Telephone & Telegraph. Well, they stopped the telegraph after a while.”

There are now more wind jobs (85,000), than coal jobs (55,000), and with more than 200,000 Americans working in solar, there are more people working in renewables than in coal and natural gas combined, according to a Department of Energy report released earlier this year.

“There’s a big new renewable industry being built in the world,” said Cohen, “The U.S. can either lead that, be a part of it or be isolated from it.”