Doctors unite to say climate change is making us sick

Our health is on the line 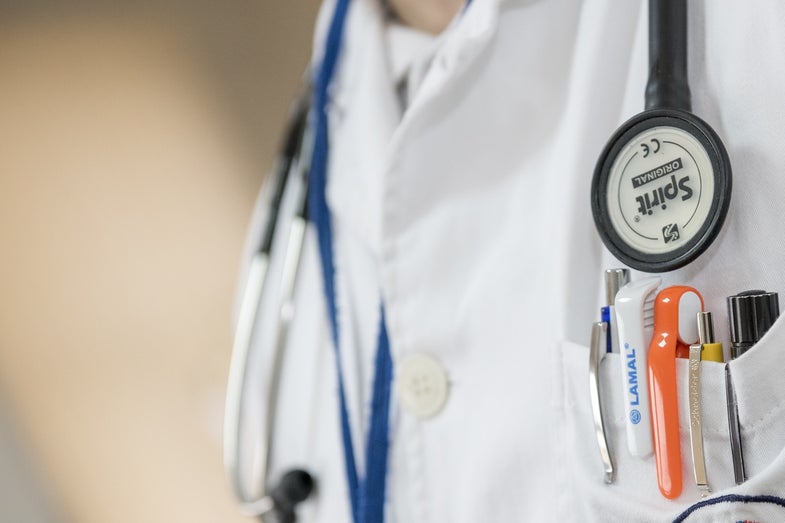 While 70 percent of Americans believe the scientific evidence that climate change is real and caused by human activity, only 25 percent of the country thinks that climate change can impact health. Today, physicians are officially uniting to change that. The consortium, which combines the membership of 12 medical associations including the American Academy of Pediatrics, the National Medical Association, and the American Psychological Association, collectively represents more than half of all US medical doctors.

“Many people have gotten the idea that climate change has little to do with them personally. That is incorrect,” said Dr. Mona Sarfaty. Dr. Sarfaty is the director of the Program on Climate and Health in the Center for Climate Change Communication at George Mason University, and the director of the consortium—which, like the report, launched on Wednesday. “The truth is that climate change is already harming many people’s health and its likely to harm the health of a great many more people if we don’t respond to the health threats.”

What are those health threats?

Some of the health effects, like extreme heat, may come as no surprise. We’ve long had evidence of heat’s deadliness—from the Chicago Heat Wave of 1995, which killed more than 700 people, the to the 2003 European Heatwave, which killed more than 70,000. The 2003 heatwaves marked the first time that scientists were able to quantify how many deaths, at least in London and Paris, could be blamed on to climate change—roughly half. As the climate warms, it comes as no surprise that heat-related deaths will also rise.

Other effects, like those to mental health, may seem surprising at first—but not when you’ve dug beneath the surface.

“The displacement that is caused by extreme weather events—floods, storms—cause a great deal of disruption in people’s personal lives,” said Sarfaty. “You get people separated from community; family members separated from each other. This causes a lot of mental strain, and leads to substance abuse, alcoholism, drug use, depression, anxiety.”

In Louisiana, where more than 30 percent of the state flooded in 2016, school children reportedly still experience panic attacks when it rains. They fear the waters will rise again.

The medical associations have banded together for one simple reason. While researchers have been cautioning that climate change can lead to a host of health issues, from cardiac arrest due to hotter temperatures (which can also create ozone and smog), to fatalities in climate change induced wildfires, those threats were generally theoretical. Increasingly, however, doctors are seeing the effects of climate change show up in their waiting rooms. If you’re a doctor in Minnesota and a patient turns up with Lyme disease, that a bacterial infection is also a climate change disease. The warming climate is hastening it’s spread by expanding tick territory and plumping up populations. Scientists predict that 2017 will be an especially bad year for Lyme.

The report draws on a number of peer reviewed and publicly reviewed studies to back up its claims, including the 2016 US Global Change Research Program Report, “The Impacts of Climate Change on Human Health in the United States: A Scientific Assessment”.

“If people took the time to look at that study,” said Sarfaty, “they would see that the chapters are extensively researched. These aren’t from one study or two studies.”

Which begs the question—if the data is already out there, why bother to write yet another report?

The answer is pretty obvious: because we’re not listening. The consortium hopes that because their report mixes anecdotal evidence—what doctors are seeing in clinical practice—with hard data, it will resonate with audiences that have ignored previous studies.

“Doctors don’t speak out lightly in concert like this. There aren’t that many issues that bring the medical community together the way this one is,” said Sarfaty. “Physicians know that this is something that you can’t ignore. They’re seeing it with their own eyes.”