Here’s what the Obama administration did for science

"Being pro-science is the only way we make sure that America continues to lead the world." 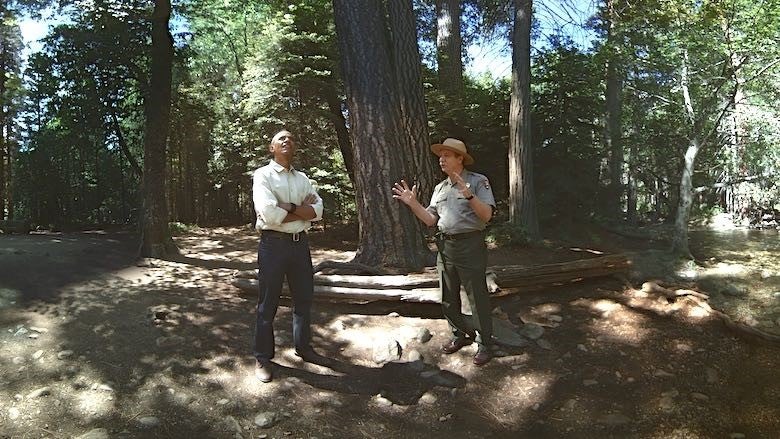 In his first foray into virtual reality, President Obama chats with Yosemite National Park Superintendent Don Neubacher for a newly-released video that was filmed in June. You can now take a virtual reality tour of Yosemite narrated by President Obama. The film meanders through forests, rivers and mountains, highlighting El Capitan, the Merced River, Yosemite Falls and the sequoias of Mariposa Grove. Oculus
SHARE 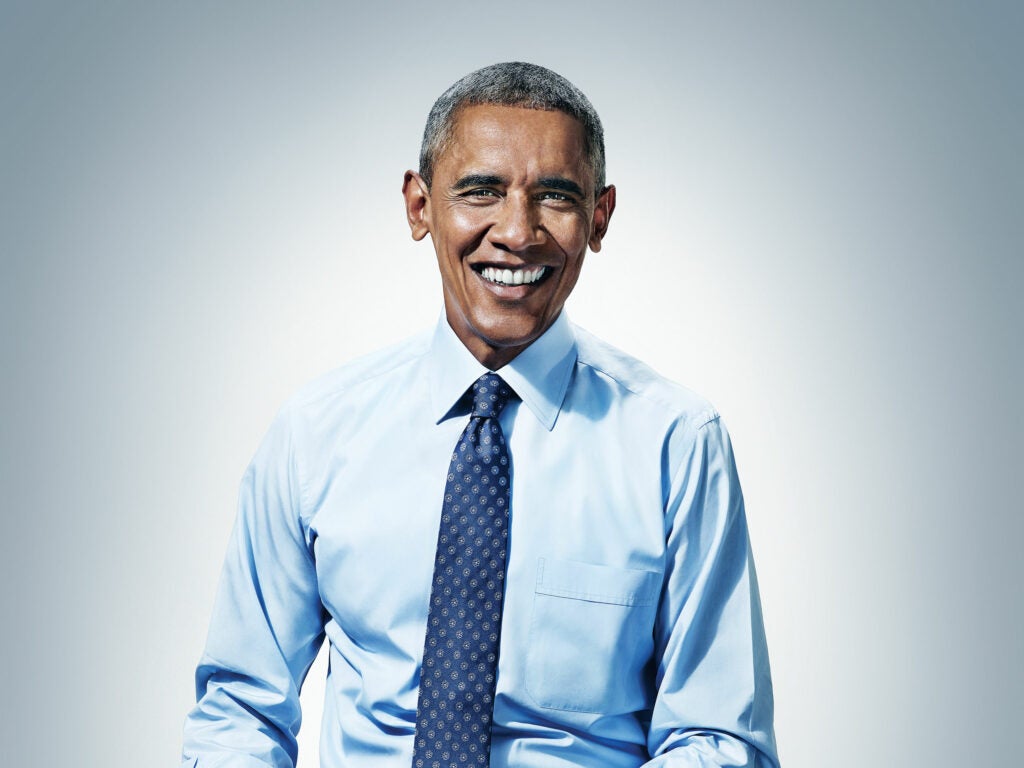 Today marks the end of President Barack Obama‘s second and final term. From his first inaugural address to his final State of the Union address, Obama has promised to advance science and technological innovation in the United States. “Being pro-science is the only way we make sure that America continues to lead the world. Our policies reflect that,” the president told Popular Science last year.

As America says goodbye to its 44th president, we here at Popular Science are taking one last look back at the Obama administration’s greatest scientific achievements. 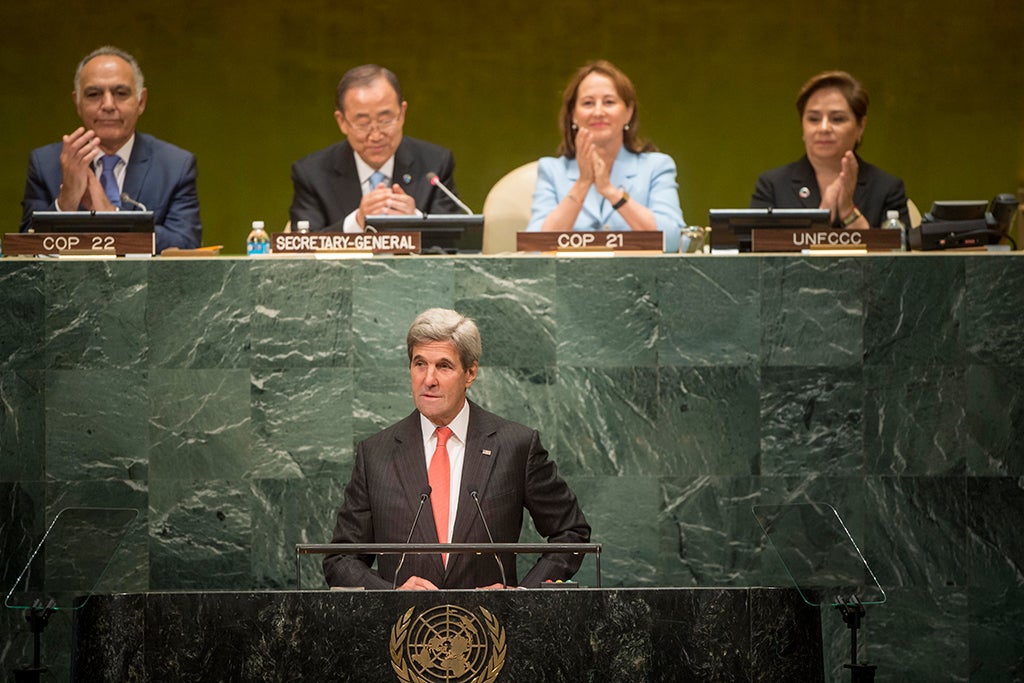 Secretary of State John Kerry addresses the High-level Event on the Entry into Force of the Paris Agreement on September 21.

President Obama has done more to combat climate change than any U.S. president in history. During his terms we’ve seen national standards set for carbon pollution by power plants, and CO2 emissions have decreasd. The American Recovery and Reinvestment Act was “the largest single investment in clean energy in history,” according to the White House. Nearly $250 billion dollars were spent to create jobs, implement green tools, and otherwise invest in clean energy technology. The White House also boasts that since 2008, power generated by solar energy has increased over 30 times. Power produced by wind has more than tripled.

Under President Obama, the United States ratified the Paris Climate Agreement, an international pact meant to keep global average temperatures from rising by more than 2 degrees Celsius. Though it’s unlikely that the U.S. will meet its goals of greenhouse gas emission reduction, it’s still a big step in international cooperation and the global fight against climate change. China and the U.S., which have both ratified the agreement, make up approximately 40 percent of the world’s carbon emissions.

Additionally, Obama joined Candian Prime Minister Justin Trudeau and President Peña Nieto of Mexico in agreeing to new goals that will see half of all energy in North America produced by emissions-free methods by 2025.

Obama’s goal was “to leave behind a better, safer, more prosperous world for our kids and grandkids. That’s our most important mission in the time we have on Earth. And after seven years as president, I’ve never been more confident that together, we’ll succeed.” [Author’s note: This interview was published in January 2016, as Obama entered his final year in office.]

It’s not just the climate that Obama has protected—it’s the land itself. In his two terms he has protected more land than any previous president. He’s created 22 new national parks and even added marine ecosystems to his list of protected plots. The first Marine National Monument in the Atlantic Ocean protects an area the size of Connecticut. Obama topped that achievement less than two months later by creating the largest protected marine area on the planet: the Ross Sea Reserve.

The National Parks Service celebrated its 100th anniversary in 2016, and created a 360-degree video where viewers can tour Yosemite National Park with President Obama.

As one of his presidency’s self-proclaimed “cornerstones,” Obama’s conservation legacy will survive long past his terms and into an uncertain ecological future. 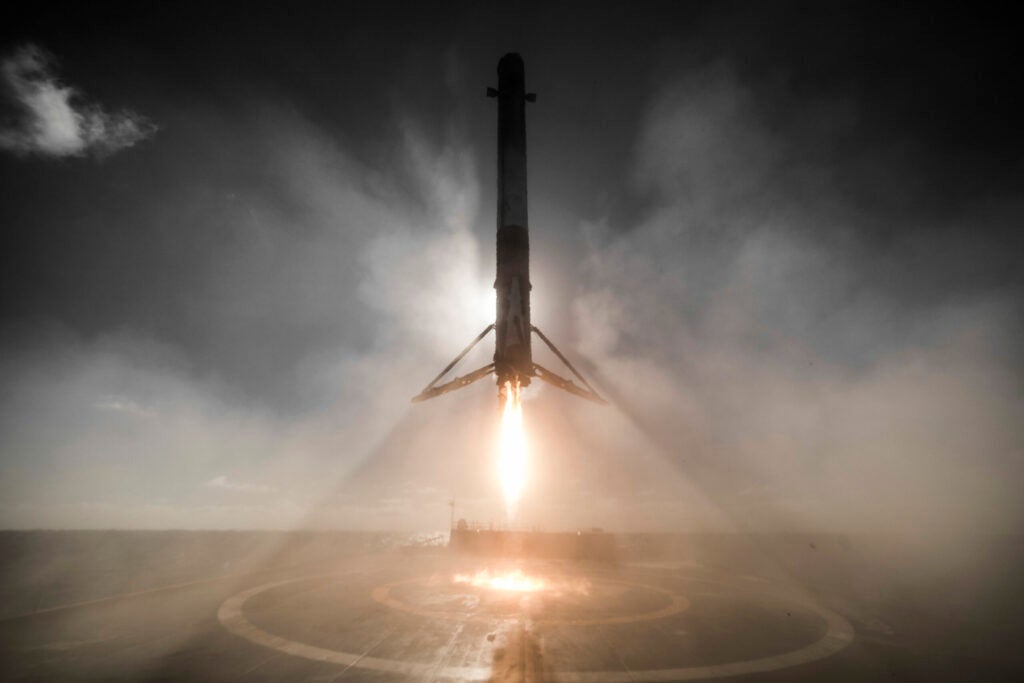 SpaceX captured this incredible photo of its Falcon 9 rocket landing on the drone ship Just Read The Instructions on January 14, 2017.

The private space industry is already making strides, but it might still seem strange for the man who technically oversees NASA to push for space privatization.

Back in 2010, it was controversial for Obama to end the moon program and shift funding towards industry—but his goal was noble. As he told Popular Science last year, “I see the expanding space industry as an addition to, not a replacement for, the extraordinary work of NASA. With industry taking over tasks like ferrying cargo and crew to the International Space Station, NASA can focus even more intensely on the most challenging exploration missions, like landing astronauts on Mars or learning more about Earth and the rest of our solar system.”

And private companies are actually collaborating with NASA. The space agency agreed to help SpaceX land an unmanned Dragon capsule on the red planet in 2018, and Lockheed Martin plans on building up a base camp for humans to live in Martian orbit by 2028.

NASA itself has made important milestones under Obama’s presidency, including the Year in Space experiment featuring twin astronauts Mark and Scott Kelly. Vice President Joe Biden at the 2016 State of the Union Address, being put in charge of “Mission Control” in the effort to find a cure for cancer by 2020.

In an historic moment of his final inaugural address, President Obama tasked Vice President Joe Biden with leading a “Cancer Moonshot,” a national effort to speed up the search for a cure for cancer. The moonshot pledged more funding for research, plus a national effort to break down “research silos”—academic institutions aren’t generally motivated to share their findings, so the hope is that by promoting a communal effort we’ll reach a cure faster. Biden kicked off the effort at the University of Pennsylvania’s Abramson Cancer Center just a few months after his son, Beau, died of brain cancer.

How, exactly, is @VP going to cure cancer? https://t.co/I2hkcE2Oxl/ pic.twitter.com/NBWZ5NCfzo

The best explanation of the BRAIN Initiative, which was announced in 2013, comes from our exclusive interview with President Obama. He said, “Right now, we can identify galaxies billions of light-years away. We can study particles smaller than an atom. But we still haven’t unlocked the mystery of the 3 pounds of matter that sits between our ears.” Or, as the project’s planning co-chair, neurobiologist Cori Bargmann, said, “The brain is the most complicated object in the universe. What could be cooler than understanding that?”

The BRAIN Initiative has no clear end goal. However, knowledge from the project could help scientists understand not just the brain itself, but diseases that affect it—and how to treat them. 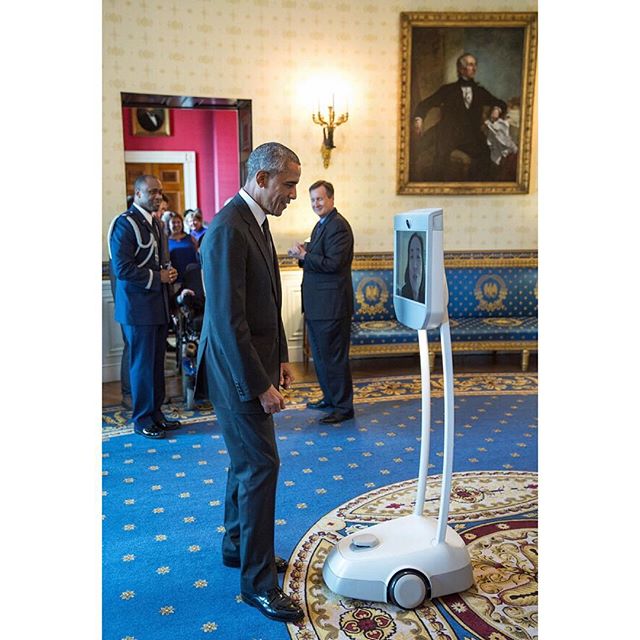 In July, Alice Wong, founder of the Disability Visibility Project, became the White House’s first telerobotic visitor. Telepresence robots are popping up everywhere–doctors are sending them home with post-op patients to do check ups, and there’s even one at PopSci HQ! If you’re someone who hates going out but has a severe case of FOMO, this is the costume for you. Have a friend carry around an iPad all night and enjoy all the fun of Halloween from the comfort of your home.

The First Virtual Visitor to The White House

Over 25 years ago, the Americans with Disabilities Act (ADA) was signed into law under President George H.W. Bush. On July 20, 2015, Alice Wong became the first person to visit the White House via a telepresence robot. Wong, founder of the Disability Visibility Project, was invited to visit the White House the celebrate the ADA’s 25th anniversary. She spoke with both President Obama and Vice President Biden during the event.

In 2010, President Obama began a new tradition—the White House Science Fair. In the six fairs he hosted, the president welcomed hundreds of children to show off their passion for science, technology, engineering and math.

The president test-fired a marshmallow cannon at the 2012 fair, met five six-year-old superheroes whose device made from Lego pieces could turn book pages for those unable to do so themselves, and even tested a volcano science project with NBA superstar Steph Curry.

“We ought to celebrate science fair winners at least as much as Super Bowl winners,” President Obama told Popular Science. “And when young people are excited about science, technology, engineering, and math, that’s not just good for them. That’s good for America. We want the next game-changing industry or life-saving breakthrough to happen right here in the United States.”

The Obama administration has supported makers throughout the last eight years—going so far as to declare a national Week of Making—and accordingly, the first and only White House Maker Faire was hosted on the White House lawn on June 18, 2014. At the event, President Obama notably met Russell the Electric Giraffe, a 17-foot-tall robotic giraffe.