We can still slash emissions and survive climate change, but we’re running out of time

It’s still possible to avoid the worst-case scenario, according to a new UN report. 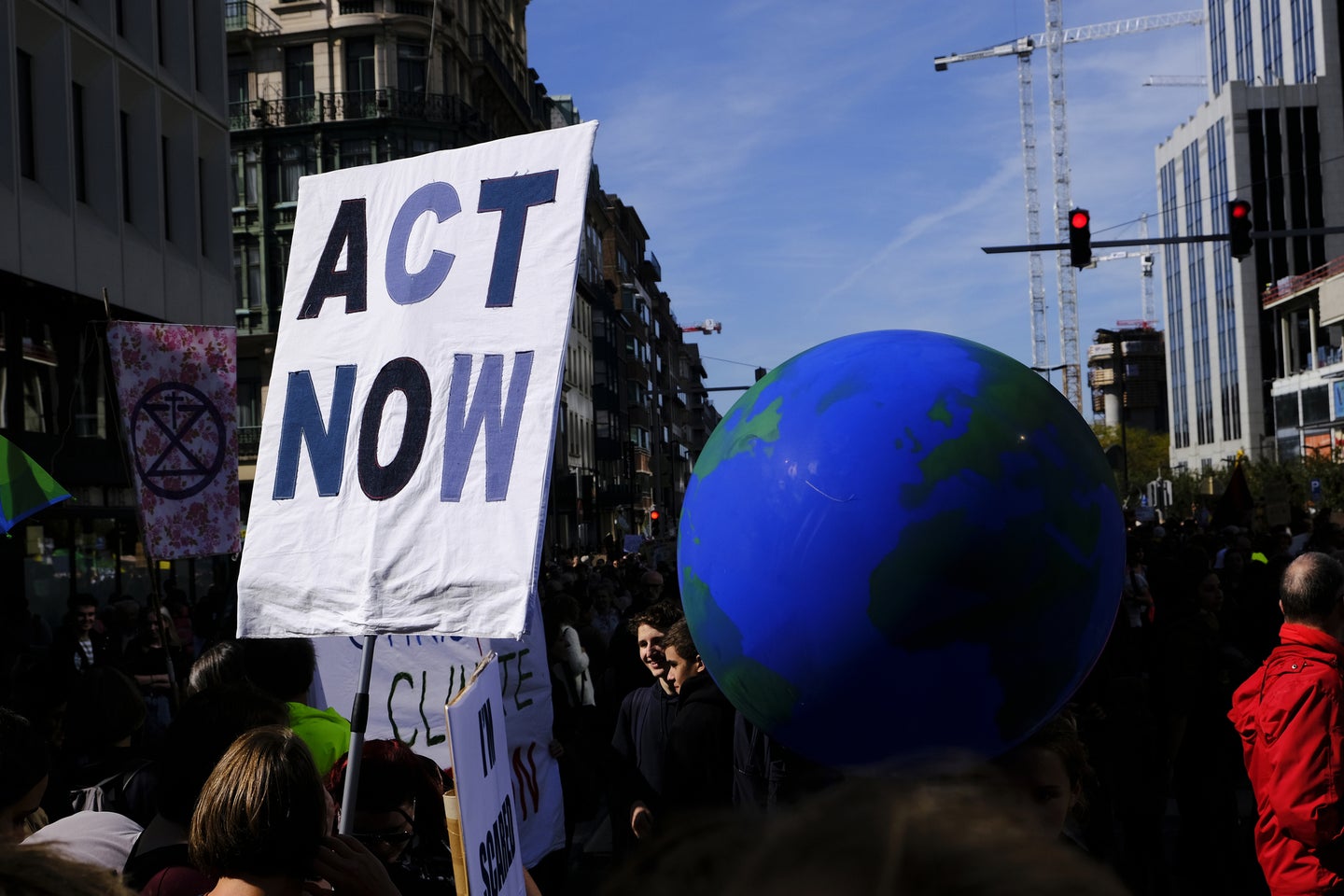 It’s still possible to keep the worst effects of climate change at bay, according to a new United Nations (UN) report on the “emissions gap,” but only if we make dramatic and immediate cuts to our use of greenhouse gases around the world. Here’s what you need to know:

What is the emissions gap?

The UN has produces its emissions gap report annually ahead of the Conference of the Parties (COP). The next COP will be held in Madrid this December. This conference is where the Paris Agreement was signed in 2015. At that time, 196 signatories (or “Parties”) committed to reducing emissions in order to keep climate change below 2 degrees Celsius (3.6 degrees Fahrenheit) of warming from pre-industrial global temperature levels. The stretch goal of that agreement is keeping warming under 1.5 degrees Celsius. Each Party is supposed to come to the annual COP with a nationally determined contribution that explains how much it is planning to cut emissions each year and how it plans to go about doing so, as well as how it is adapting to climate change.

The “emissions gap” is the gap between how much the world is currently emitting and where it needs to be in order to meet the Paris Agreement targets. The goal is to meet those targets by 2030. According to the latest report, hitting the 1.5 degree target will require a 7.6 percent reduction in greenhouse gas emissions worldwide each year between 2020 and 2030. Hitting the 2 degree target would require a much more modest but still significant 2.7 percent annual reduction.

And meeting the Paris Agreement targets would only be a first step. “We have a clear understanding, based on the fundamental physics of Planet Earth, that stabilizing the global climate system at any global mean temperature—including the UN Paris target—will require reaching net zero global emissions,” says Noah Diffenbaugh, a Stanford University climate scientist. To do that we’ll have to lower our emissions and get better at capturing the greenhouse gases we do release.

We need to hit net zero in the next 30 years or so to avoid the worst effects of climate change. Meeting our Paris Agreement commitments would get us almost halfway there—and not meeting them leaves us almost no chance of reaching net zero in time.

Are we near meeting our Paris commitments?

At this point, we’re nowhere near hitting either of the Paris Agreement targets. “There is no sign of [greenhouse gas] emissions peaking in the next few years,” the UN report concludes. “Every year of postponed peaking means that deeper and faster cuts will be required.” It’s possible that we’ll blow past the Paris targets, and end up with three degrees of warming or more—a scenario that has been described as apocalyptic. But the good news is, there’s still time to work towards the 1.5 degree scenario.

How is the United States doing when it comes to climate change?

What happens in the United States is really important: We’re one of the world’s top four emitters, with 13 percent of the world’s emissions coming from within our borders. The bad news is that our emissions are actually going up right now. 2018 saw an increase of 2.5 percent in U.S. greenhouse gas, which the UN’s new report says is “due to increased energy demand from an unusually warm summer and cold winter.”

Since radical temperatures appear to be the new normal, coming up with new, non-carbon-intensive heating and cooling solutions is clearly crucial. But what’s more troubling is the lack of guidance on climate from the American government. “We still do not have the national-level policies we need to make this transition happen quickly,” says Rachel Cleetus, policy director of the Climate and Energy program at the Union of Concerned Scientists.

Although the United States won’t officially withdraw from the Paris Accord until 2021, the country’s presence at climate talks during the current administration has been disruptive at best, and nationally, and several policy decisions have worked directly against the agreement’s stated goals.

However, says Chris McEntee, executive director of the American Geophysical Union, lots of people at lower levels of government—states and cities, for instance—and in institutions like universities are working to address climate change, and there’s clearly a lot of political will behind this issue. “I think you’re seeing that public opinion is the U.S. needs to recommit and step up,” she says.