An itch we can’t scratch 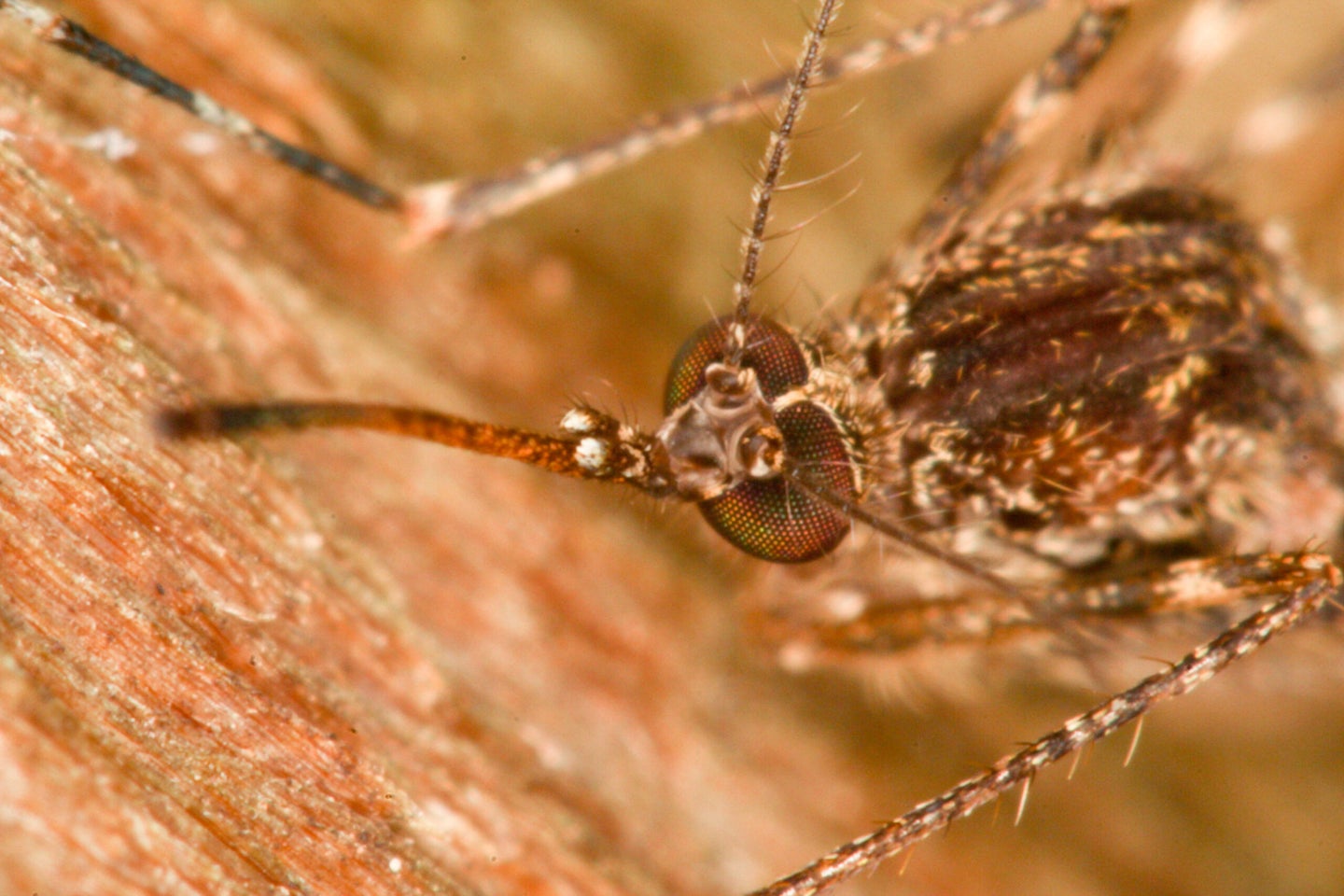 In a paper published Tuesday in the Proceedings of the Royal Society B, researchers found that drought played a huge role in determining the size of a West Nile virus epidemic—a finding that reinforced conclusions of smaller, regional studies that also found a link between drought and the mosquito-borne disease.

Mosquito eggs need water to hatch, so you might not associate them with dry summer droughts. But droughts play the biggest role of any weather condition (including temperature) in predicting large-scale outbreaks of the virus across the United States.

“It surprised us—even though it had shown up in these previous studies—how strong it was. It really came out across the whole country,” says lead study author Sara Paull.

“West Nile is one of the bigger mosquito borne diseases in the United States, it’s caused over 1900 fatalities since it first entered the United States in 1999,” Paull says. Though many people infected with West Nile show no symptoms, in its most serious, neuroinvasive form, it can cause temporary paralysis, brain swelling, or death.

Paull and colleagues also discovered that another key aspect of large West Nile virus outbreaks was human immunity. The virus is transferred to humans by mosquitos, but humans aren’t the virus’ primary host. It prefers birds, which can pass the virus to each other, as well as to mosquitos. Humans can get the virus when bitten by a virus-carrying mosquito, but we’re a dead end—we can’t pass the virus on to anyone (or anything) else.

While some people do get very sick from West Nile, many others who catch the virus show no symptoms, and any human that catches the virus is immune to future West Nile virus epidemics. So in areas that have already had large, drought-induced West Nile virus outbreaks, the number of people available to infect decreases dramatically, regardless of climate conditions.

The combination of information about the role of drought and immunity gives a boost to public health professionals like Catherine Brown, the Deputy State Epidemiologist at the Massachusetts Department of Public Health, whose job is to help track and communicate the risks of outbreaks like this.

“One of the things I think all public health groups struggle with across the country is the unpredictability of West Nile virus,” Brown says. Incidents of West Nile can shift dramatically from year to year and location to location, presenting epidemiologists with a moving target. “While we all in our own jurisdictions have a sense of factors that are likely to increase the risk from West Nile virus during any particular season, this [the current paper] actually makes it a little more concrete,” Brown says.

Locally, researchers have known that drought has the potential to bring more West Nile cases for a while.

“I think that what this does is confirm what we’ve known, that drought is important,” Jonathan Day says. Day is a medical entomologist at the University of Florida who helps track and predict mosquito-borne disease outbreaks in Florida by looking at bird and mosquito populations, incidence of the virus in those populations, and weather factors like temperature and rainfall. “In terms of the environmental factors that we track, drought is by far the most important,” Day says.

Why the drought has such an impact on West Nile is still an ongoing research question. Brown says that one possibility is that droughts cause people to use more artificial sources of water, drawing birds and mosquitos to man-made oases of freshly watered lawns, and concentrating the birds, disease, mosquitos, and humans in one place. Paull says that another factor might be that drought puts stress on bird populations, taxing their immune systems and leaving them more vulnerable to infection. Day emphasizes that the mosquitoes carrying the disease, all in the Culex genus, have a slightly different life cycle than other mosquito populations, which makes them more likely to pass on the disease during drought years.

In addition to confirming what researchers know on a local level, the study also helps public health official prepare for how West Nile might spread in a changing climate. Climate change may bring more intense periods of drought to some areas around the United States. While predicting droughts definitively over long timescales remains difficult or impossible, researchers are preparing for any eventuality.

“This type of analysis that they have done is very useful for all of us in public health across the country to think about and to incorporate into our climate change resilience planning, which we’re all doing,” Brown says.

In the meantime, researchers like Brown, Day and Paull say that the best way to protect yourself from West Nile virus is to pay attention to local reports of outbreaks in your area.

“These epidemics are relatively rare,” Day says. “Now that West Nile is a part of the landscape across North America, the concern is going to be a very regional concern and it’s going to be very sporadic.”

So if you live in an area that hasn’t had reports of a large outbreak, there’s no need to panic over every mosquito bite. But if you do live somewhere where West Nile virus is prevalent, consider taking steps to protect yourself. Wear mosquito repellent, cover up your skin as much as possible, and avoid going outside in the early morning—or at dusk—when mosquitos are the most active.