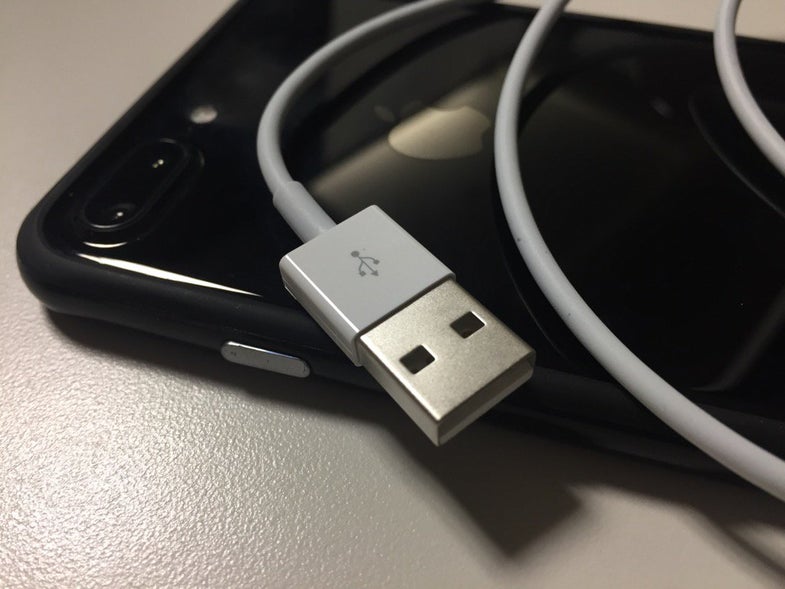 Today Apple unveiled the updated Macbook Pro at its press event in Cupertino. The smaller, more powerful machines bring with them a new innovation: Touch Bar, a touchscreen panel that changes based on the app you’re using. The Pro also sports many of Apple’s latest advancements: the high-pixel-count retina display, a thin design, and four Thunderbolt/USB-C ports. But not a single traditional, USB 3.0 port. The newest iPhone, released just last month, can’t plug into Apple’s latest and greatest Macbook Pro.

Charging your iPhone 7 (or iPhone 6 or 5, for that matter) with the new Macbook Pro will cost you an extra $25. That’s on top of the entry level $1,499 price. Sure, you can buy a USB-C to Lightning cable but it doesn’t come with the new laptop or phone. The message from Apple is conflicting, as both products are part of Apple’s 2016 catalog of products. But hey, at least the cord is one meter long.

It isn’t the end of the world. Apple could easily remedy the situation by including a USB-C to USB 3.0 adapter in the box of each iPhone, as it does with the 3.5mm headphone jack adapter. Or the company could include the adapter in the box of the new Macbook Pro, ensuring that everyone who bought the new computer could use all their current peripherals and devices that make use of the plug. But at the moment the new Macbook Pro comes only with a charging cord and power brick, to charge the computer. But we pray to Jony Ive’s sweet sultry voice that this will soon change.