How to set up a second monitor for your computer

Whether you have a laptop or a desktop, two views are better than one. 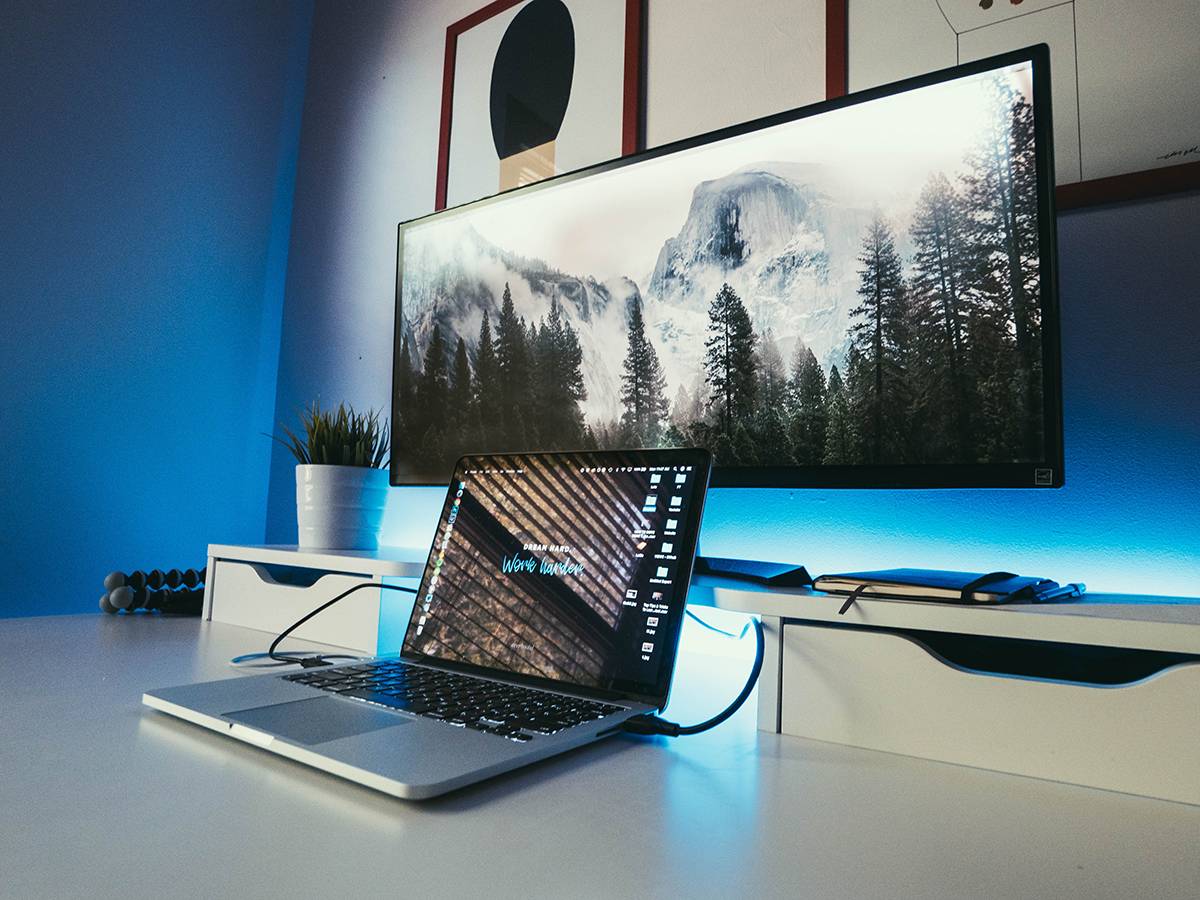 You may get along just fine with only one computer screen, but adding a second can give you much more room to work. This upgrade isn’t just for creative professionals or seasoned programmers—it’ll let anyone spread out their apps, edit documents side by side, and multitask like a pro. That, in turn, will boost productivity and efficiency.On top of the benefits, it’s both easy and cheap to hook up that second screen to your desktop or laptop computer. Here’s how to set up a second monitor, from purchasing a good screen to setting it up properly.

Cables and adapters for your second screen

Most computers have the built-in ability to power a second screen. First, find the HDMI or DisplayPort socket on your laptop or desktop. If you own an older computer, you might be looking for a white DVI or a blue VGA socket instead. All four types of ports let you connect your computer to a television, projector, or other secondary screen.

If your computer has one of these ports, all you’ll need is the proper cable. However, some thinner and lighter laptop models lack a compatible port. For those, you may have to add an adapter into the mix.

For example, slimmed-down laptops like Apple’s MacBook Air and Google’s Pixelbook rely on USB-C ports for data transfer, charging, and video output. A few monitors do accept USB-C, but not all do. In that case, you’ll need an adapter to covert USB-C to HDMI (like this $16.99 dongle) or to DisplayPort (such as this $9.85 adapter cable) before you can plug the laptop into your monitor.

When picking your cables or adapters, look for the maximum resolutions they can support and make sure they match the monitor you buy. You should also check the refresh rate the cable supports, which is measured in hertz (Hz). A higher refresh rate means the screen can change more quickly, which improves the viewing quality for everything from gaming to watching movies.

Choosing a screen for a two-monitor setup

You won’t necessarily have to buy your second screen. If you’ve got an old monitor lying around the house, see if it will work with your laptop or desktop computer before getting rid of it. Even if it’s a bit dated by today’s standards, you should be able to find an adapter to help. This will help you avoid spending any money on your extra display.

Still, you may have to buy new gear to complete your second-screen setup. Now that you’ve checked your computer’s ports, you’ll need a monitor that matches them—or that can be made to do so with a suitable adapter. Ideally, look for monitors with USB-C, HDMI, or DisplayPort inputs, as these are the most common modern standards.

Once you’ve decided on the correct input, you can check other specs, such as screen size, resolution, and price. Bigger, higher-resolution screens will give you more room for your movies, spreadsheets, and video games, but they inevitably cost more, too. It’s up to you where you want to make the compromise, but you’ll generally want to go for the biggest, highest-resolution screen your budget can accommodate.

If you’re on a laptop, though, be aware that powering more pixels will take more graphics processing power and therefore use up more battery life. In other words, the bigger the second display, the bigger the drain on your battery.

Other specifications to look out for include contrast ratios (the difference between the white and black pixels), response time (how quickly the screen responds to your inputs), and viewing angles (from how acute of an angle you can see the screen). As usual, online reviews are the best way to measure the quality of a display. That said, Dell and LG have a particularly good reputation for their screens.

How to connect a laptop or desktop to a monitor

Setup is extremely easy: As soon as you plug in a second monitor, your computer will recognize it without requiring any extra software or a complicated setup process. You can, however, take a few optional steps to configure it exactly as you like it. The exact process will depend on your computer’s operating system.

On Windows, tap Windows+P to switch between four display modes: PC screen only (only the original computer screen is active), Duplicate (your two screens show the same thing), Extend (your two screens act as one large display), or Second screen only (the external monitor is the only active one). Most of the time, you’ll want the Extend option, which will allow you to open apps and windows independently on both screens. To further configure your second display, open the Start menu, click the Settings icon (the cog symbol), and choose System, followed by Display. From here, you can configure the brightness, resolution, and orientation of both screens. If you’re using two displays as one extended screen, you can also use this menu to set which monitor will be on the left and which on the right.

Over on macOS, open the Apple menu, choose System Preferences, and then click Displays. Under the Arrangement tab (which will only appear once you’ve connected to a second screen), you can change the relative positions of your displays—which one is on the left screen and which is on the right. Using the Mirror Displays checkbox, you can also switch between mirrored mode (the two screens act as duplicates) and extended mode (the two screens act as one display). In addition, you can set the screen resolution from this same menu.

If you’re on a Chrome OS computer, click the information panel in the lower right-hand corner (where the clock is). Then select the cog icon, go to the Settings panel, and choose Displays. From this menu, you can configure whether the second display acts as an extension or a duplicate of the first one, set the resolution and orientation of your displays, and position them in virtual space.

When you’re done, sit back and enjoy using your second screen. If you’re operating in extended mode, you can drag program windows between displays and maximize them on either screen. And whenever you disconnect or switch off the second monitor, your operating system will automatically revert back to its default configuration.