You Can Get Apple’s Magic Trackpad 2 For $50 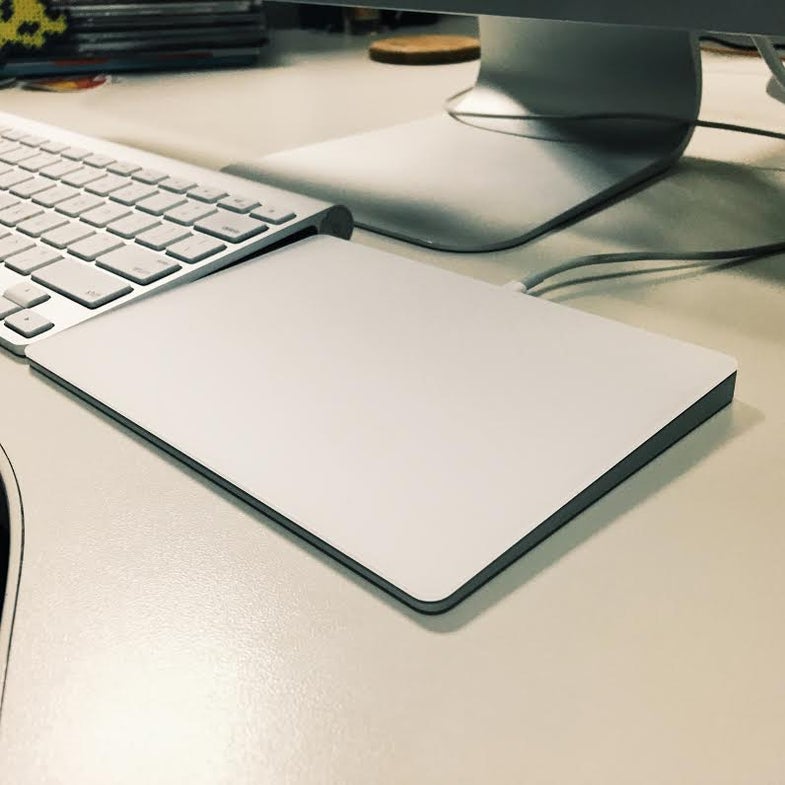 Apple’s Magic Trackpad is one of the best ways to use Mac OS X. A large surface area and multitouch gestures, combined with the addition of Force Touch pressure sensitivity in the Magic Trackpad 2 and apps like BetterTouchTool only lend to the gray and white slabs’ usefulness. But the $130 price tag can be a steep admission price for many potential swipers and tappers. Here’s how you can get your fingers on the glass touch surface for cheaper.

If you can’t justify spending over $100 on a mouse, there is another option. Apple allows buyers to throw $50 towards a Magic Trackpad 2 upgrade. But only if they’re in the process of buying a new iMac.

The desktop computer comes with Apple’s Magic Mouse 2, but you can swap it out for the Magic Trackpad 2 for just an extra $50, instead of having to pay the entire $130 for the trackpad and then end up with a spare mouse you may not need.

Those hoping to buy the Magic Trackpad 2 for use with their existing setup will unfortunately still have to fork over the full price.

Apples’s second Magic Trackpad offers Force Touch, Apple’s pressure sensitivity technology. Pushing harder into the trackpad allows you to reveal hidden functionality like word definitions in the browser or quick adding of events. Force Touch has been a part of Apple’s desktop operating system since the release of the new Macbook and now it comes to the desktop.

Unless you’re running OS X Yosemite or below. Using the Magic Trackpad 2 with El Capitan gives access to the entire feature set, while pairing it with a Yosemite device or lower makes the trackpad much less useful—even disabling the two-finger scrolling gesture.

The choice is yours in deciding if you should go with the Magic Trackpad 2 or settle for last year’s model (which you might be able to find for cheaper). If you can do without Force Touch or the rechargeable battery, it may be worth it for you to stick with the original trackpad. Those wanting to use the Force with their desktop Mac and ditch the double-A life for good can now do so. While $130 may be steep for some on a budget or those saving up for the coming iPad Pro, the $50 upgrade is definitely worth considering if you’re planning on buying Apple’s 4K computer anyway.

Now let’s hope Apple allows us to buy the gen 1 Magic Trackpad on the cheap—iPhone style.