The Curious Case of Flash on the iPhone

Earlier in the week, Adobe CEO Shantanu Narayen announced that a mobile implementation of the full Flash Player 10 would... 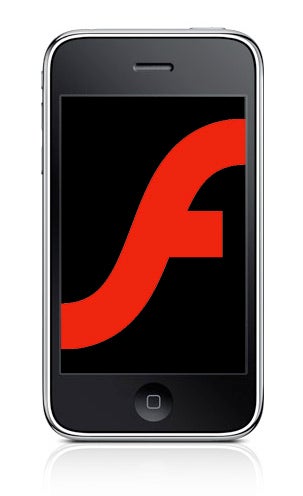 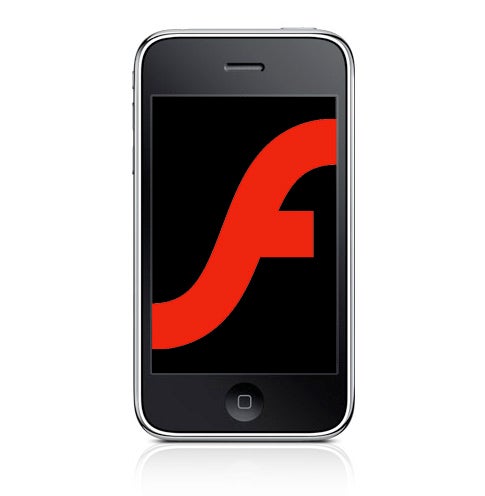 Will it happen? Does it even make sense?

Earlier in the week, Adobe CEO Shantanu Narayen announced that a mobile implementation of the full Flash Player 10 would be making its way onto several smartphones by October. In addition to Android, other mobile operating systems, including Windows Mobile, Palm’s WebOS, and Symbian have signed on. Missing from that list, to absolutely no one’s surprise, is the iPhone.

Everyone from users, developers, and website owners to cartoonists and pornographers have been clamoring for Flash on the iPhone since the gadget’s launch two years ago. In that time, both Apple and Adobe have (both individually and jointly) announced that a Flash player for the iPhone is in the works — but neither would elaborate further as to when or if said player would ever be released for public consumption.

I’m not a huge proponent of Flash, but I believe it has its place. I think it’s both overused and misused on today’s desktop Web, but I also think that when used correctly it’s capable of delivering some incredible interactive experiences, unmatched (so far) by Web standards.

Take a look at the video above of Flash running on the T-Mobile G1, and it’s pretty hard not to lust after Flash on the iPhone. The thing is, I don’t see it happening anytime soon, if ever. Here’s my reasoning.

Flash on OS X is a processor hog
Flash has always been a dog on the Mac. I can’t watch a YouTube clip without the fans on my Macbook Pro kicking in — and kicking in loudly. Ars Technica recently ran some benchmarks comparing Flash Player 10’s performance on OS X versus Vista, and the results are astounding. Watching a Hulu video on a Mac Pro utilized 56 percent of the CPU’s processing power. The same video on the same Mac running Vista in Boot Camp used only 7 percent. Now, imagine the beatdown this severely lackluster performance would lay on the iPhone’s ARM processor. Visiting a website with Flash ad banners (like PopSci.com) would melt your phone.

Apple would never allow this. Flash has been on OS X for as long as OS X has existed, and Adobe (Macromedia before it) still hasn’t gotten it right. We won’t see Flash on the iPhone until it performs flawlessly, and if history is any indication that’s going to be a long time coming.

AT&T’s network can’t handle it
The biggest disappointment of the iPhone has never been the hardware or software, but the network it’s on. AT&T can’t even handle MMS on the iPhone, much less the millions of video-streaming sites that would instantly become available via a Flash plug-in for mobile Safari. Earlier this year, fears of its own inadequacy led AT&T to cripple the SlingPlayer iPhone app, so that users could only stream video via Wi-Fi, and not over its rickety 3G network. What’s extra puzzling/insulting is the fact that the Motorola Q, Blackberry, and other smartphones are allowed this functionality. If AT&T is skittish about Sling users, it must be wetting its pants at the prospect of millions of users beaming Hulu or Netflix to their iPhones.

Apple would no longer have a dictatorship
Part of me — well, most of me — thinks Apple is purposely keeping Flash off of the iPhone. Flash isn’t just a simple plug-in for playing animations — it’s a full-fledged application environment. If Flash were allowed on the iPhone, you could circumvent the App Store to sell your videos and games. The App Store would be made redundant. Why on Earth would Apple ever cede its chokehold on iPhone commerce to Adobe?

Secondly, I think Apple sees mobile Safari as its chance to shape the entire mobile Web. In just two years, Safari has snagged close to 70 percent of the mobile browser market. Put another way, most people accessing the Web from smartphones are doing so on the iPhone. Safari has no real competition on the iPhone, and so Apple can basically define what the mobile Web is and becomes. It can dictate which technologies are used and which aren’t. So, as John Gruber of Daring Fireball has suggested, while Flash has become the standard means of delivering video on the desktop Web, QuickTime has a shot at becoming the standard on the mobile Web.

Flash’s days may be numbered, anyway
A massive and exciting upgrade to the underlying technology powering the Web is currently underway, and it’s called HTML 5. Thanks to Microsoft leaving most of HTML 5’s specifications out of Internet Explorer (the most popular desktop browser by a longshot), widespread proliferation of HTML 5 is years off — perhaps even a decade away. But it’s a different story on the iPhone (home to the most popular mobile browser by a longshot), where the latest version of Safari already supports HTML 5. Why does this spell doom for Flash? Because HTML 5 includes things like Canvas for animating graphics, audio and video tags that make plug-ins obsolete, and local data storage for applications that can work offline. In other words, it’s taken a lot of the Rich Internet Application goodies you can only get from Flash (or Microsoft’s Flash clone, Silverlight) and built them right into the browser. HTML 5 could potentially kill Flash off someday, so you have to wonder if Apple sees Flash on the iPhone as a technological step backward.

An interesting side note about Flash on the iPhone: An iPhone developer named Jonah Grant has actually created an app that he claims installs Flash on mobile Safari. He even submitted it to the App Store! Of course, Grant’s app was rejected by Apple. So far he hasn’t released it to the illegal Cydia app store for jailbroken phones. Here’s hoping he does!