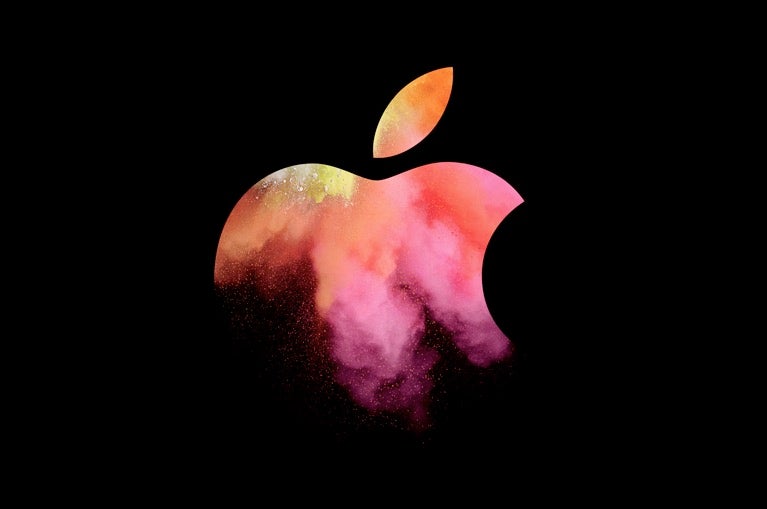 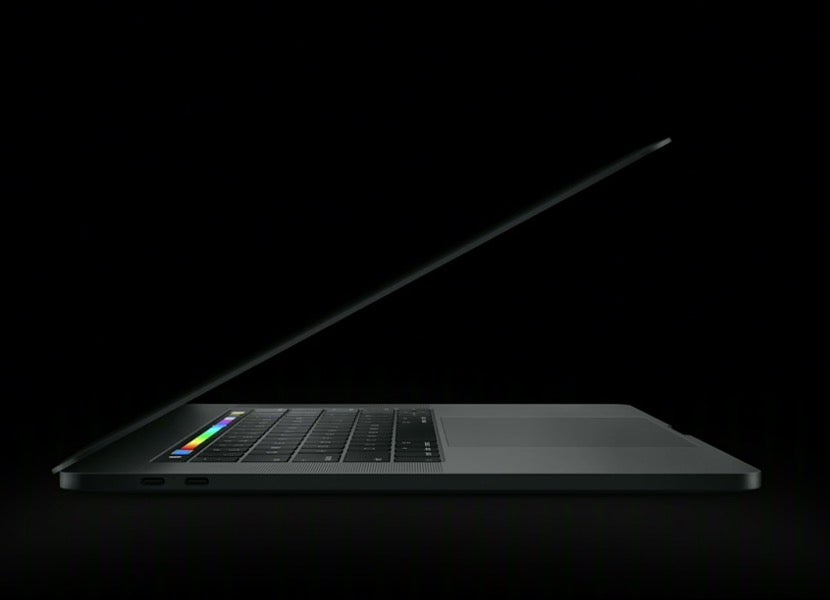 Apple officially unveils their touchscreen panel above the keyboard, the Touch Bar

Apple introduced the new Macbook Pro with Touch Bar today at its October event in Cupertino. The updated laptop will lose its F1-F12 keys and in their place will sport a touch panel that changes functionality depending on the app in use. To the right of the touch panel is a TouchID sensor, used to read one’s fingerprint when unlocking the device or making a purchase. Apple introduced this product update on the 25th anniversary of the first Apple laptop, the 1991 Powerbook.

The Touch Bar will show different features depending on what it’s being used for. For example, when composing text in something like Word or Google Docs, the Touch Bar can offer word suggestions as you compose. When in Messages, you can use the rectangular panel for browsing emoji. Because the bar supports multi-touch, users will be able to press on one side and slide on the other for easy access to added options. Holding the Macbook Pro’s function key will bring back the F1-F12 function keys.

Apple’s Touch Bar will also include a fingerprint sensor. When shopping online, users are able to use the TouchID fingerprint sensor to authenticate their identity and confirm the purchase. Apple’s fingerprint sensor can also be used to login other users. Touching the sensor when logging in will take a new person to their desktop.

Laptop buyers can rest easy knowing the new Macbook Pro will also have a headphone jack.

The new Macbook Pros will come in 13-inch and 15-inch varieties. The smaller of the two Touch Bar-touting notebooks will come with a dual-core Intel i5 2.9 GHz, 8GB of RAM, 256GB of storage and four Thunderbolt 3 ports. The ports will support USB-C as well, similar to Apple’s 12-inch laptop option.

The larger 15-inch Macbook Pro model will offer much of the same: Touch Bar (with Touch ID sensor), four Thunderbolt 3 ports and 256GB of storage to start. But the larger version will come standard with 16GB of RAM and a 2.6GHz Intel Core i7 chip. 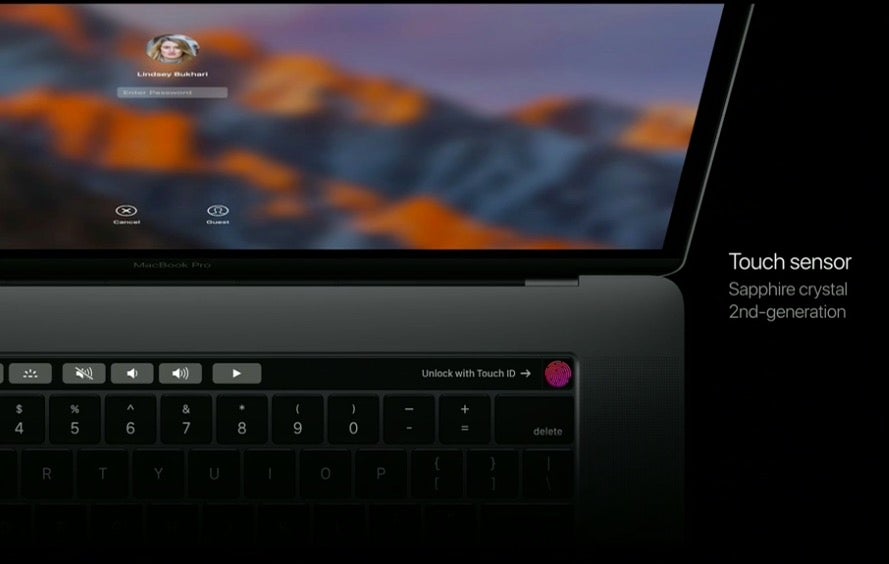 The Touch Bar will also offer a fingerprint sensor

Apple will also offer a cheaper 13-inch Macbook Pro with a traditional row of function keys as a base model, meant to offer an option to fans of the Macbook Air. This version will cost $1,499. Like the 13-inch Macbook Pro with Touch Bar, this model will also start with 256GB of storage and 8GB of RAM. The laptop will ship with a 2.0 GHz Intel i5 processor and two Thunderbolt 3 ports. All three versions will ship with Apple’s pixel-dense “retina” display.