The new MacBook Pro laptops will be the first machines to offer the M1 Pro and M1 Max chips. 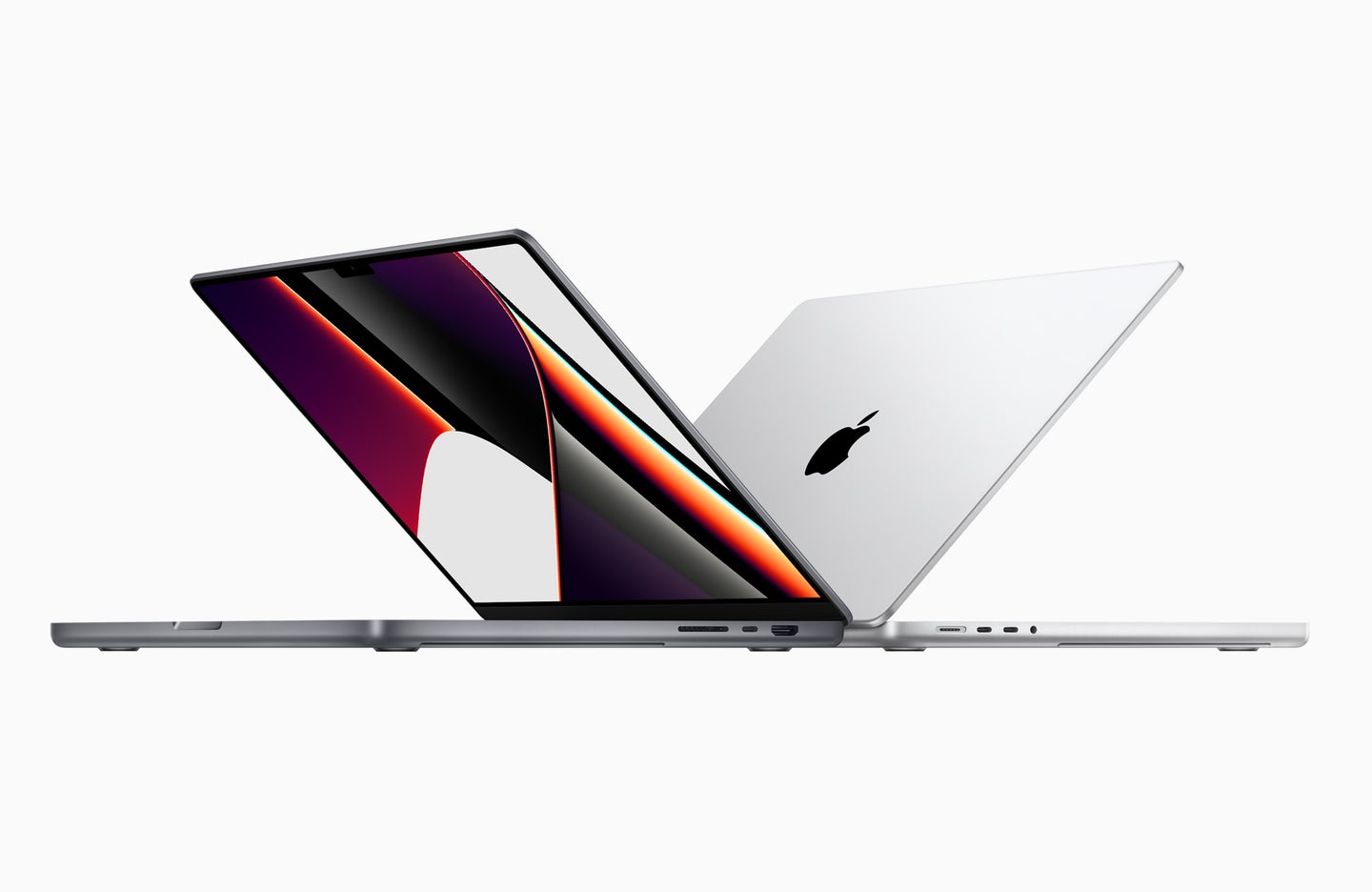 The 14-inch and 16-inch MacBook Pros have gotten a total overhaul. Apple
SHARE

The rumors leading up to the last Apple event 2021 had to offer generated a ton of hype. Word on the street suggested we were about to get a new MacBook Pro that would bring the machine back to its former glory from way back in 2016 when the Touch Bar debuted and the MBP line lost some of its station.

Rumors promised new custom Apple silicon, a high-refresh-rate screen, a built-in SD card reader, and even the return of MagSafe. As we found out at the Oct. 18 “Unleashed” event, it was all true. The new 14-inch and 16-inch MacBook Pro 2021 laptops look like a true return to form for the line if they can live up to the hype.

The heart of the new announcements centers around a pair of new Apple chips. The M1 Pro and the M1 Max build off the extremely popular M1 chip that debuted in the 13-inch MacBook Pro and the MacBook Air roughly a year ago. It powers the excellent new iMac.

The new M1 Pro and M1 Max chips augment the typical M1 with similar hardware, just a lot more of it.

A large part of Apple silicon’s success comes from the system-on-a-chip design. Like the computing hardware that you’ll find in iPads and iPhones, the chip itself contains the CPU and the GPU, as well as the media engine, neural engine, and other essential components.

The new M1 Pro and M1 Max chips use the same 5 nm technology from the original M1, but drastically increase the number of individual transistors. The M1 Pro promises more than 33 billion transistors, which is more than twice the stock M1. The M1 Max takes that number all the way up to 57 billion. While the Apple silicon approach largely centers on making improvements through efficiency, the company still clearly recognizes that brute force hardware upgrades still make a difference.

The M1 Pro implements a 10-core system, eight of which are performance-oriented and two of which are meant for efficiency. It pairs that CPU with a 16-core GPU. The M1 Max has the same 10-core CPU, but it drastically increases the amount of shared memory in the system (up to 64 GB total), and pumps the GPU core count up to 32.

What does all that power mean for users?

During the presentation, Apple showed charts comparing these hardware configurations to some of the most powerful PC laptops with integrated and discrete graphics. Apple promises to match or exceed that hardware’s performance while drastically reducing energy consumption.

That comparison is especially compelling with a laptop, which runs on a battery. Apple claims it can maintain that lofty performance when unplugged in the field, where other powerful laptops would quickly burn through their battery reserves, even while nerfing performance.

As the name suggests, these really do appeal to “professional” users who deal in resource-greedy processes. This kind of power comes in handy when you’re editing high-res raw video, especially with multiple high-res streams involved. We’ll know just how fast they really are once review units start rolling out, but Apple has made some lofty promises that should appeal to creatives and coders.

Look at all the ports!

Beyond the computing power inside, Apple has made some upgrades to the MacBook Pro’s connectivity by throwing it back to the old school. The new design once again features an SD card reader, which means photographers, videographers, audio recorders, and other creatives can simply cram an SD card into the side of the machine to dump their take without having to worry about a cable or external reader.

The right side of the machine also has a full-sized HDMI port, so it’s simple to connect to most displays without the need for a dongle. The computers still offer three USB-C Thunderbolt 4.0 ports, which can transfer data as well as power.

If you don’t want to charge via USB-C, Apple has also brought back the old MagSafe adapter, which is a huge deal for clumsy users like myself who frequently trip over cables.

It really does have the feel of those pre-2016 MacBook Pros that were some of the best laptops ever made.

Both the 14-inch and 16-inch displays now have considerably smaller bezels around the edge. That’s thanks in part to a notch in the top of the screen that’s not unlike the one you’d find in an iPhone. The MBP notch doesn’t contain a FaceID sensor (which would have been terrific), but it does give the upgraded 1080p webcam a place to live.

The taskbar now nestles around the notch, which may cause some early funkiness as apps adapt to it, but it seems like an overall improvement.

The screen hardware has gotten a few serious upgrades. The backlight now comes from Mini LED technology like you’ll find in the latest 2021 iPad Pro and iMac models. Thousands of tiny LEDs are split up into tiny arrays that can turn on and off when needed to maximize contrast ratio and brightness. The new MacBook Pro can sustain 1,000 nits of brightness and hit 1,600 nits at peak levels, which matches the Pro Display XDR. You don’t really need to truly understand what a nit is, just know that these levels are extremely bright so you’ll have no problem working in bright areas. In dark areas, it’ll practically sear your eyeballs.

The new displays also come toting ProMotion technology, which means they can run at up to 120 Hz for ultra-smooth motion, then ratchet that refresh rate all the way down to 10 Hz when you’re looking at mostly static images to save battery. If you’ve ever used an iPad Pro, or even the new iPhone 13 Pro models, you know this makes a weirdly tangible difference when it comes to the overall feel of the system.

We’re looking forward to testing the new MacBook Pros down the line, but the spec sheet already delivers on most of what people were asking for. The new speaker system still includes six speakers: two tweeters and four woofers. All of them have increased in size and move more air. The woofers give the entire system the capability to produce sound a half-octave lower than the previous models.

Like the M1 MacBooks, the new M1 Pro and M1 Max models promise drastically improved battery life. Apple is still offering up battery specs in terms of continuous video playback (a somewhat outdated and not particularly useful metric). However, the company claims that the 14-inch MacBook Pro gets up to 17 hours of continuous video playback, while the 16-inch version gets up to 21 hours. Those are big jumps from Intel-based MBP numbers, so I’m very curious to see what that means in terms of real-world usage.

The 16-inch model supports fast charging, which allows it to pull a 50-percent charge from a compatible brick in just a half-hour.

So when can you order the new MacBook Pro and how much do they cost?

As you might expect from all of the superlatives thrown into this announcement, the new MacBook Pros aren’t cheap. Then again, MBPs have never been cheap.