FYI: Which Computer Is Smarter, Watson Or Deep Blue?

And if we combined the two, what extraordinary intelligence would they be capable of? 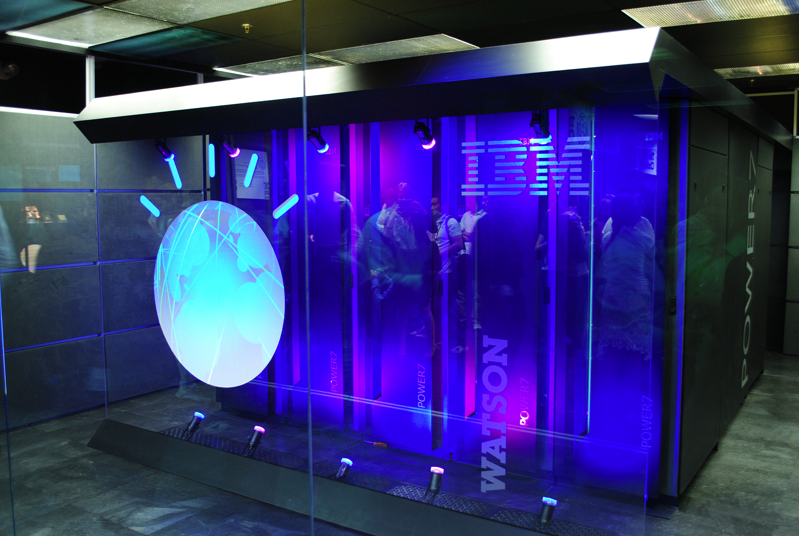 Machines outsmarted men, but which machine would outsmart the other?

In some sense, neither. Comparing smarts is slippery business, especially with an English major like Watson and a math guy like Deep Blue.

“They were both significantly smarter than similar systems of their type when they appeared, but the nature of their intelligence is very different,” says Doug Downey, a machine learning and artificial intelligence researcher at Northwestern University. Like Johnny Unitas and Willie Mays, Deep Blue and Watson weren’t programmed to compete with each other. They played and succeeded at very different games.

Still, the two systems don’t defy comparison, and there is one very important difference: Deep Blue stayed in computers’ comfort zone; Watson walked on awkward terrain for a machine.

“The easiest thing for computers is super advanced math,” says Stephen Baker, former BusinessWeek technology writer and author of Final Jeopardy, an inside look at the creation of Watson. “The hardest thing for them is kindergarten.” Chess kept Deep Blue in the realm of what computers are good at, using statistics and probabilities to determine strategy. Jeopardy!, on the other hand, pushed Watson into an unfamiliar world of human language and unstructured data.

Though it seems counterintuitive from a human perspective, “Watson is a far more sophisticated program than Deep Blue, because it’s closer to mastering kindergarten (though still far away),” Baker says.

In the future, advanced computers will likely merge Watson’s mastery of knowledge and language with Deep Blue’s computational power. “That’s kind of where we’re going as field: a system that’s as broad as Watson but as deep as Deep Blue,” Downey says.

These types of computers could have far-reaching applications. “Imagine if we could do that in the medical domain,” Downey says. “It would just be tremendous.” For difficult or rare diagnoses, computers could potentially connect dots between symptoms, diagnoses and treatments that doctors don’t always see. Such technology would become a doctor’s ultimate sidekick, but you shouldn’t expect a walking, talking Dr. Watson to replace your family physician in the exam room any time soon. Chess and Jeopardy! seem like benchmarks of human intelligence, but “Deep Blue didn’t actually play chess,” Downey says. “It generated chess moves but it required a person to sit at the table and actually execute moves.” And with Watson, “There wasn’t a robot that walked up to the podium, picked up the buzzer and rang in on time.”

Downey goes on: “It turns out, sensory motor skills and also just common sense that people have, those have been the tougher hurdles for AI.” What comes easiest to humans comes hardest to computers, and vice versa.

Deep Blue and Watson might have defeated brilliant champions at chess and Jeopardy!, but neither could compete with a toddler at some of the most basic forms of human cognition.