And the Oscar Goes To: Fluid Simulation Algorithms!

While the stars bask in glitz, the unsung heroes of today's effects-laden blockbusters continue to work on one of the linchpins of CG graphics: realistic water

To flood New York City in The Day After Tomorrow, the designers at Digital Domain needed to develop software that could integrate foam and mists, do large scale simulation, and present it in a way that an artist without a fluid animation background could run easily. The result was the newest version of their FSIM software and SciTech Oscars for Doug Roble, Nafees Bin Zafar and Ryo Sakaguchi. 20th Century Fox/Courtesy Everett Collection
SHARE

New York City has just been destroyed by a 40-foot-tall deluge. Pirates battle around a giant, violent whirlpool. Without years of work by the 2007 Scientific and Technical Oscar winners, none of those images would have made it to a computer—and then a multiplex—near you.

The geek’s Oscars, held every year in a separate ceremony a few weeks before the main event, are more like a hall of fame for the mathematicians, engineers and scientists behind standout movie tech than awards for recent efforts. While award recipients this year ranged from film technicians to makeup artists, two of the night’s winners centered around the field of fluid animation, which makes possible those crazy flood scenes and massive faked explosions. The first went to Jos Stam, a computer scientist whose paper “Stable Fluids” formed the foundation for the entire field, and the other to technicians at Industrial Light and Magic and Digital Domain, who over the past seven years have developed software based on Stam’s formulas that gives directors an unprecedented amount of control over fluid effects in their movies.

Faking fluids on a large scale is a fairly new development. Until the late 1990s, effects like the water tentacle in The Abyss were drawn into the computer one frame at a time by hand, as with traditional cell animation, or by laying liquid-looking skins over solid, computer-generated frames.

That’s because the equations for calculating the physics of fluids are so complex that until recently, the only fluid simulation being done was at Los Alamos National Laboratory to predict the flow of nuclear explosions. The 1998 movie Antz was the first to use computer-simulated fluids, but the process was so time-consuming and complex that few were willing to attempt it.

Then, in 1999, Stam presented his paper at a computer-graphics conference that changed everything. Building off a 1996 paper by Nick Foster and Dimitri Mataxas, Stam showed how basic fluid-dynamics equations could be calculated by far less powerful computers. The equations soon became integrated into a range of animation software that contributed to the effects of such movies as The Lord of the Rings and Pirates of the Caribbean. But the new equations had two clear shortcomings: Ironically, they couldn’t handle water-like fluids (to a physicist, gases and fire are also fluids), and they only helped animators simulate, not control, the fluids.

That’s because a fluid simulator can only make fluid behave as it does in real life. If the director wanted to manipulate an explosion to get a more dramatic look, tough luck. The programmers needed to develop software that allowed animators to make fluids behave unrealistically while still fooling the audience into believing what they were seeing. “It’s a common misconception that visual effects are about simulating reality. They’re not. Reality is boring. Visual effects are about simulating something dramatic,” says Jonathan Cohen, a 2007 Sci-Tech Oscar winner and principal software engineer at effects house Rhythm and Hues.

Then the geniuses at ILM and Digital Domain came to the rescue. Over the past couple years, designers there have solved the control problem by adding to the equations virtual copies of the kinds of things that move fluids in the real world: fans, invisible whirlpools, hidden suction pumps. Now designers are able to nudge, pull, and generally manipulate their virtual fluids to meet the directors’ and animators’ desires. That control can be seen at work during special-effects set pieces like the whirlpool in the third Pirates of the Caribbean movie or the flooding of New York City in The Day after Tomorrow.

And now that they’ve got the fluid control down, maybe someone can start working on the writing.

For a closer look at the evolution fluid simulation software, see the photo gallery of fluid-filled films here. 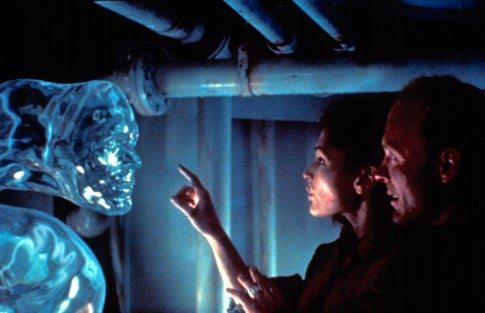 Before 1998, computer fluid effects were animated manually, rather than simulated. The famous “water tentacle” from The Abyss was created by digitally painting a water “skin” over the computer model of a solid tentacle. The CG supervisor for The Abyss was John Knoll, Adobe Photoshop inventor and Industrial Light and Magic effects guru. 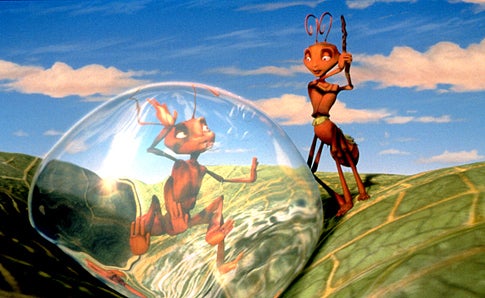 The 1998 Dreamworks movie Antz was the first film where the fluid animation was the result of simulation. However, the process of animating the fluids in the movie was complex and time consuming. The following year, Jos Stam presented a paper that simplified the simulation process enough to be used quickly and practically.

The Lord of Fluid Animation

The initial animation of water rushing down a gorge in a vivid scene from Lord of the Rings: The Fellowship of the Rings was created with one of the first simulation programs to integrate Stam’s [pictured here] advances into their software. That software, called FSIM, eventually garnered Digital Domain its 2007 SciTech Oscar plaque. For more information ib Stam, return to the article here.

This scene from 2006’s Happy Feet was created using Rhythm and Hues’ fluid simulation program FELT. The program allows fluids of different scales to be simulated separately and woven together into a cohesive image. Jonathan Cohen, Jerry Tessendorf, Jeroen Molemaker and Michael Kowalski won a 2007 Oscar Certificate for their development of the FELT software.

The Most Perfect Storm

The storm scene from 300 was animated using FlowLine, a program lauded for its ability to seamlessly weave together particulate animation (like a water spray or dust) with fluid simulation. The SciTech Oscar honoring FlowLine went to Stephan Trojansky, Thomas Ganshorn and Oliver Pilarski. 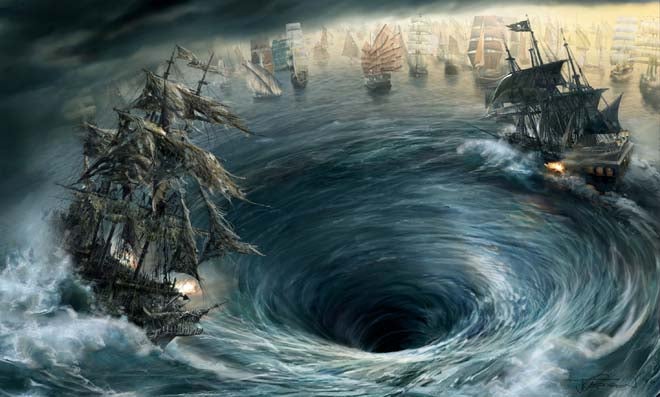 For Pirates of the Caribbean 3, Industrial Light and Magic showed off their ability to run very large fluid simulations. Animated with their Zeno software, the whirlpool is the result of the close collaboration between software designers and artists typical of ILM. ILM’s Nick Rasmussen, Ron Fedkiw and Frank Losasso Petterson won a SciTech Oscar this year for their work on Zeno.

To flood New York City in The Day After Tomorrow, the designers at Digital Domain needed to develop software that could integrate foam and mists, do large scale simulation, and present it in a way that an artist without a fluid animation background could run easily. The result was the newest version of their FSIM software and SciTech Oscars for Doug Roble, Nafees Bin Zafar and Ryo Sakaguchi.

A Spanish company, Next Limit, created water effects for Poseidon using their RealFlow program. Real Flow is renowned in the industry as one of the most user-friendly programs on the market. An intuitive and simple user interface has made RealFlow one of the most widely used simulation programs in the industry, and resulted in SciTech Oscar wins for Victor Gonzalez, Ignacio Vargas and Angel Tena. 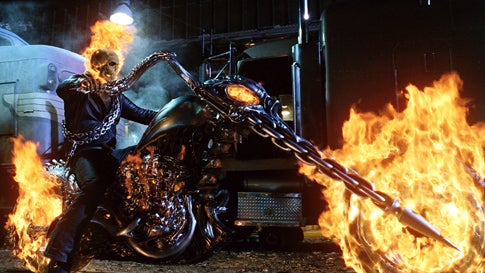