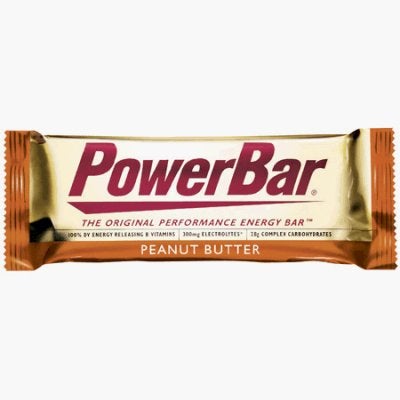 While most folks are not quite sure what’s in that solidified mush known as a PowerBar, athletes have long sworn by its energy-boosting qualities. So, why then, after years of commercial success, did PowerBar announce this week that it’s changing its formula? The answer lies in research published in this month’s issue of the journal Medicine and Science in Sports and Exercise.

According to Dr. Asker Jeukendrup from the School of Sport and Exercise Sciences at the University of Birmingham, the sports nutrition industry has suggested for the past 20 years that the body is only capable of burning approximately 60 grams of carbohydrates per hour. But recent studies suggest that’s not the case.

Scientists have discovered that the body uses several different pathways for the absorption of different carbohydrates. Simple carbs like glucose, fructose, sucrose and maltodextrin are each carried through the intestines by specific transporter proteins that aid in absorption. Once you’ve consumed a certain amount of one of these types of carbohydrates, the transporter proteins become saturated, and the body is unable to use any more of that type of carb. But by combining several different types of sugars in a single meal, the body can maximize the amount of carbs absorbed by utilizing multiple protein absorption pathways at the same time. For an endurance runner, cyclist or triathlete, those extra carbs could mean the difference between setting a personal record and nearly bonking in the homestretch.

In his most recent research, Jeukendrup found that consumption of a combination of sugars allows athletes to burn up to 105 grams per hour, rather than the 60 grams that was previously considered the max. In testing, eight cyclists trained at moderate intensity for two hours followed by a max intensity time trial. Each cyclist completed the test on separate occasions using a glucose-only formula, a 2:1 ratio of glucose to fructose and a placebo containing no carbohydrates at all. The cyclists finished eight percent faster consuming the 2:1 ratio as compared to a glucose-only drink and 19 percent faster when compared to the placebo.

But don’t stockpile PowerBars for your afternoon snacks just yet: Jeukendrup stresses that it’s only during lengthy, high-intensity exercise that the benefits of this new carbohydrate formulation can be seen. For serious athletes, however, the difference is appreciable. That’s why Jeukendrup’s data was enough to convince PowerBar to release its next C2 MAX blend for bars, drinks and gels using the exact same ratio tested in his research. PowerBar will continue to look for more performance-enhancing tweaks as its multi-year collaboration with Jeukendrup continues. No word yet on trying to make it taste better.