In July, New Horizons crosses the next great frontier in our solar system 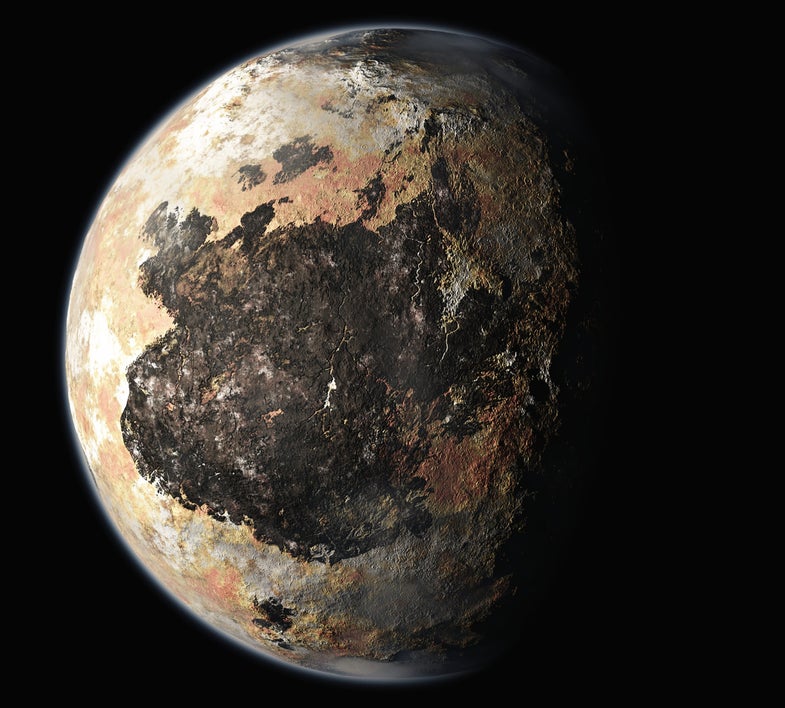 Scientists imagined Pluto might look this when New Horizons arrives there on July 14. Was it accurate? Only one way to find out!. Illustration by NASA/Johns Hopkins University Applied Physics Laboratory/Southwest Research Institute
SHARE

Mankind is about to visit one of the strangest places in our solar system. Out beyond Neptune, the Kuiper belt is home to hordes of cold, lumpy worlds—some of which are large enough to have their own moons, but none of which we’ve seen up-close before. That’s going to change this summer, when NASA’s New Horizons spacecraft flies by “the king of the Kuiper belt”: Pluto. It’s no longer considered a planet, but Pluto is still an important member of our solar system, and one of the most mysterious ones, to boot.

A new hour-long documentary from NASA just made us even more excited to explore Pluto for the first time. The video details the dramatic history of the mission, from its launch on “America’s biggest, baddest rocket, tricked out with every conceivable booster,” to the dangers it could encounter along the way—flying through the rocky Kuiper belt is a bit like navigating a minefield—and finally, what it might find when it gets to Pluto. New moons? Rings? Ice volcanoes? “What we expect is to be surprised,” says New Horizons mission leader Alan Stern.

Or, if you don’t have time to watch the full 58-minute video, here’s the trailer: