A study finds urban mammals have significantly larger brains than their rural cousins. 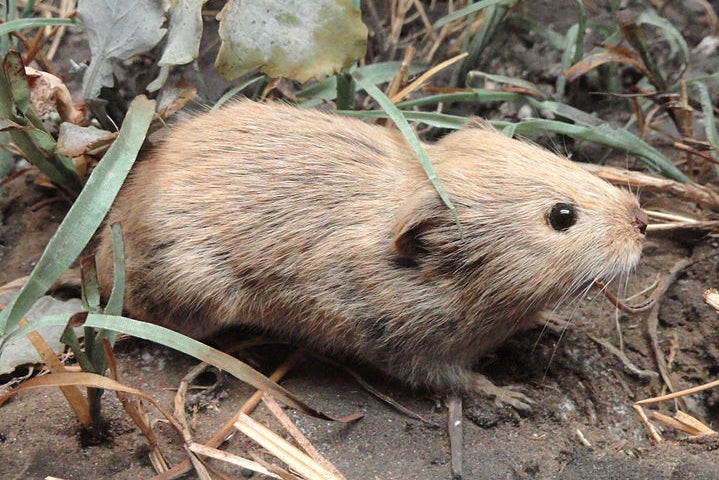 In a study published yesterday, University of Minnesota biologist Emilie Snell-Rood examined a collection of mammal skulls from 10 different species to see how animal brains might be adapting to more urban environments. She found that some species are developing bigger brains in response to human disruption to their environment, both in urban and in rural communities in Minnesota.

By Snell-Rood’s estimates (using cranial capacity to approximate brain size), urban-dwelling white-footed mice and meadow voles have brains that are 6 percent larger than their rural counterparts. She and her co-author also found an increase in brain size among two species of shrews and two species of bats collected from rural areas of Minnesota. 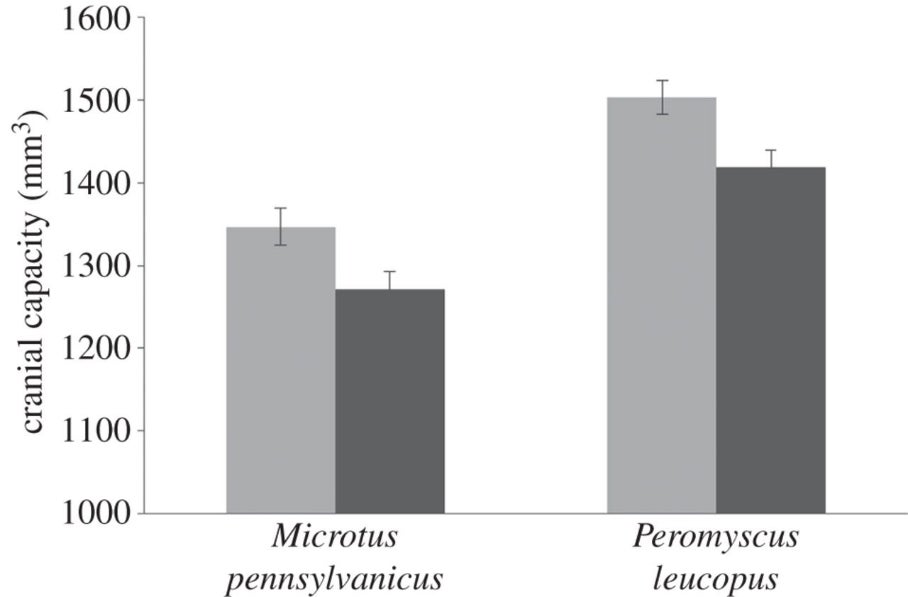 Some previous studies have found better learning and cognitive ability to be correlated with bigger brain size, though the link is disputed. Snell-Rood concludes that bigger brains and the accompanying increase in cognition could have helped animals adapt to the new challenges of finding food and surviving in human-dominated cities rather than the forests and prairies that once covered Minnesota. The current study suggests a follow-up exploring the question of brain size and urban vs. rural environments in live animals, since these results only show a correlation between the two, not a causal relationship.

The study is published in Proceedings of the Royal Society B.