Hulu’s virtual reality app has finally been made available to owners of Samsung’s Gear VR. Users of the $99 headset have had access to the Netflix experience in virtual reality for some time now, if you’ve wanted to see the latest season of Daredevil or watch an Office rerun for the nth time. But now fans of Hulu’s up-to-date TV shows can pay another $7.99 and do the same.

But no two VR apps are created equal. The Netflix and Hulu experience in VR are two different beasts that one must master, with some key differences… 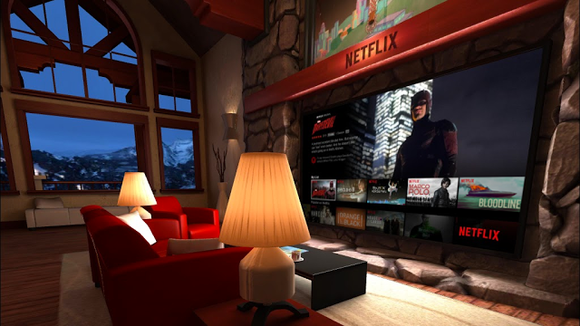 Netflix whisks you to a virtual cabin for its VR experience. But Hulu has the cabin beat.

The Netflix experience transports you to the company’s quaint cabin in the middle of nowhere. The signifiers of Netflix’s brand range, subtle and blatant, include red furniture and posters of original series like Daredevil and Bojack Horseman. The television in the cabin shows, as you’d expect, only Netflix, and navigation is done with the Gear VR trackpad. Though if you prefer, you can remove the cabin environment and just see a floating screen, by selecting the hard-to-press “Void Theatre” option.

Hulu wins in terms of sheer number of virtual environments: a modern living room, a beach theme, and a void theater mode as well. We’re not sure why you’d want to watch Hulu at the beach, but we’re not complaining either. Daytime and nighttime at the beach are also options, should you have a preference. Beach is one of the themes available to Hulu VR users

The Hulu app may have more themes, but only Netflix’s void theater mode allows users to change the size of the screen. While your video never surpasses standard definition, having a larger screen to mimic that movie theater experience definitely has its uses. Though if you prefer Hulu’s movie theater scene, that’s cool too.

Both Netflix and Hulu have a bevy of content available to users. While Netflix offers one price for all its content, Hulu gives viewers access to less or more depending on what tier they opt for. Even though Netflix has Hulu beat on pricing, Hulu’s VR app has a big advantage: 360-degree videos.

Videos that fully surround you just aren’t available on Netflix, traditional nor VR. But Hulu has an entire section devoted to footage that you can pan around simply by moving your head. And unlike the 360 videos found on Youtube, the content hails from actual shows, like Mythbusters and the ever-important Puppy Bowl. 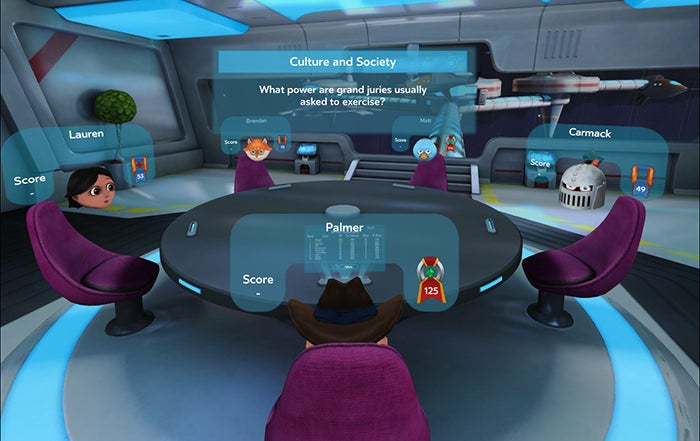 Darting off to a virtual world only to binge on Netflix or Hulu is a ridiculous idea in itself. But if there are going to be video streaming VR apps, they might as well be good.

Neither Hulu nor Netflix offer the ability to watch with friends. Oculus’s recent inclusion of a buddy list allows for apps like Social Trivia to offer multiplayer with other VR headset owners. Besides big screens and fake beach environments, there’s little reason not to watch Daredevil season 2 on your actual TV. But being able to fill a virtual couch with friends and watch a show simultaneously would make the value of Netflix and Hulu VR much more compelling.