How It Works: The Oculus Rift

Palmer Luckey breaks it down 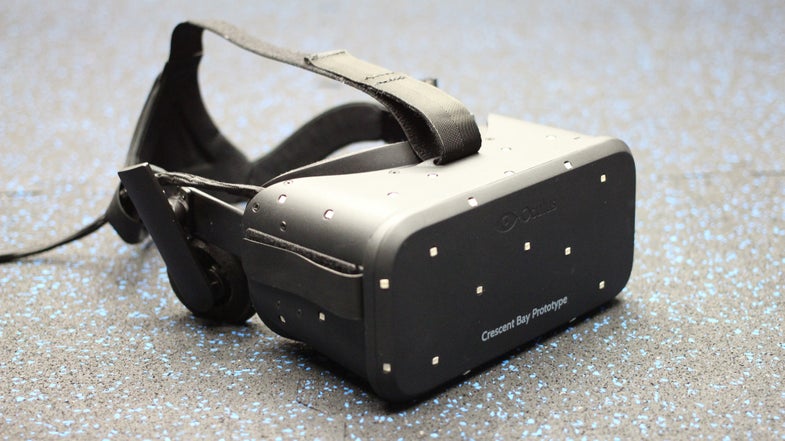 After three years of development, the Oculus Rift—the most advanced virtual reality (VR) headset ever created—is nearly ready for its consumer release. The Rift is hardly the first VR headset (remember the Nintendo Virtual Boy?), but it’s set to succeed where others failed. Today’s displays are sharper and smaller, the processors are more powerful, and the head-tracking sensors are more accurate. For users, that translates into more immersive experiences from a more compact device.

The first VR demonstrations will probably be games. Imagine titles that plunge players into realistic war zones or rich Tolkien-inspired worlds. But VR’s true impact will only become clear later, when artists, filmmakers, researchers, and educators begin to use it in ways no one has thought of yet. Palmer Luckey, the co-founder of Oculus VR, and Nirav Patel, an engineer at Oculus VR, gave Popular Science a crash course on the principles behind the platform. 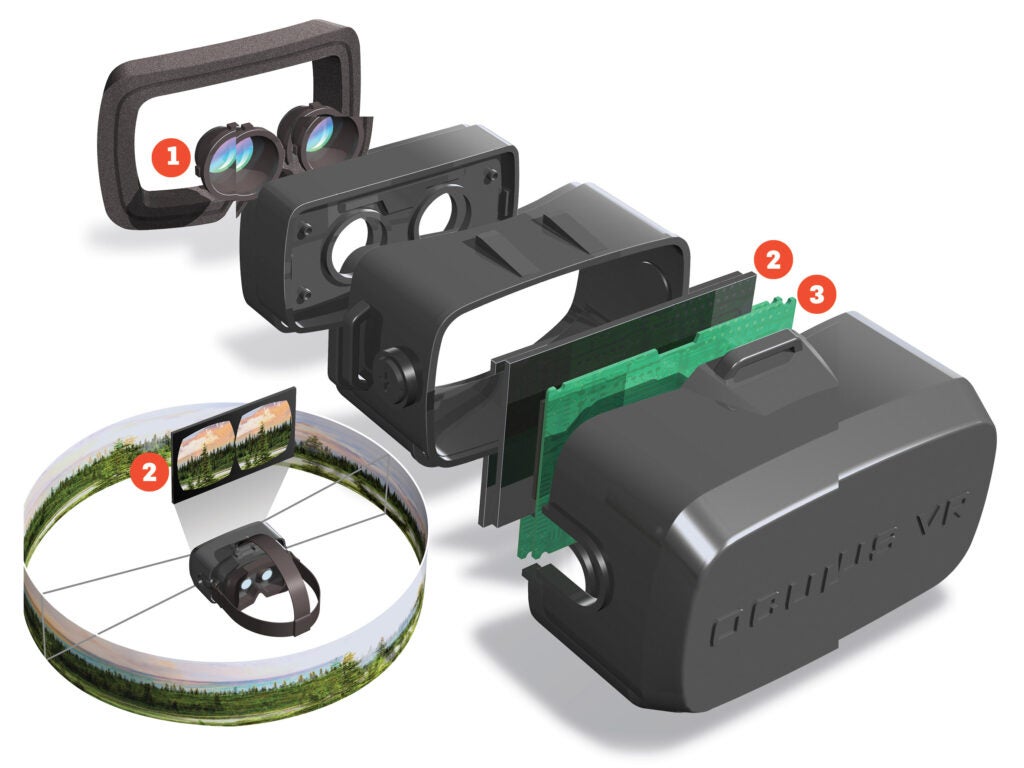 Establishing a focal point is critical to perceiving depth. “You’re looking at a virtual image plane in each eye,” says Patel. In essence, the user’s eyes are staring beyond the display and into the virtual environment.

A high-resolution screen that sits just a few inches from a user’s eyes projects a stereoscopic image—or two warped images on each half of the screen. “We’re just using the normal way that humans use binocular vision to perceive depth,” Patel says. “There are horizontal offsets between objects visible in the left and right eyes, which the visual cortex can process to perceive depth.” In other words, when the warped 2-D images are viewed in close proximity, users are tricked into believing they’re standing in a virtual world.

The headset comes equipped with more than a dozen sensor inputs. For example, a gyroscope, accelerometer, and compass track the location of a user’s head. Designers also added external infrared sensors and a camera to increase positional accuracy and monitoring. Software running on a nearby host PC analyzes that data and renders images of a virtual world that adapt to head position. Luckey says that the system’s low latency enhances realism.

To be fully immersive, you need great sound, and Oculus has some of the most spatially accurate. “All you need is to simulate two microphones in the game, and you can simulate audio in the real world,” Luckey says. But the truth is that the software is slightly more sophisticated. “We can generate a good approximation of what each ear should hear at its location in virtual space,” says Patel, “which is much better than what you could do with a typical surround-sound setup.”