Tesla’s long-awaited Model Y electric SUV arrives next year, but you’ll have to wait for the $39,000 version

There are four models to choose from, all of which borrow heavily from the Model 3. 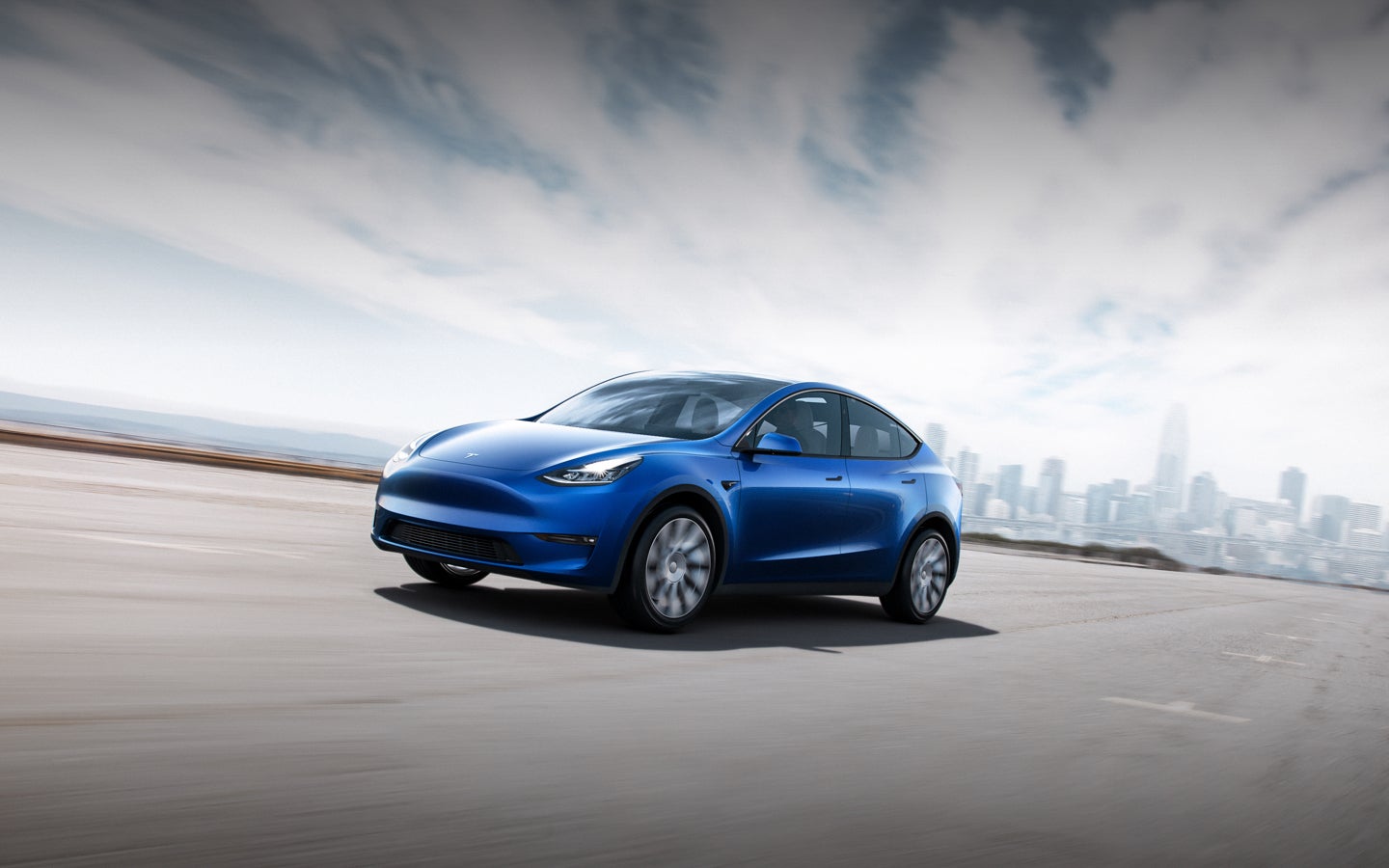 We first heard about the Tesla Model Y all the way back in 2015, when Elon Musk tweeted (and then deleted) a cryptic teaser for an all-electric SUV that would be much cheaper than the luxury-oriented Model X. Last night, at an event in Los Angeles, Musk took the stage to officially reveal the Model Y, which will start rolling out to customers in 2020. Here’s what you need to know about the electric vehicle that’s probably going to sell faster than a novelty flame thrower.

Despite the Model Y’s crossover SUV-style design, the vehicle shares roughly 75 percent of its parts with the Model 3. Sadly, that means your new affordable electric crossover vehicle won’t get those fancy falcon wing doors found on the higher-end Model X. The Model Y checks in roughly 10 percent bigger than the model 3 sedan, which is already the best-selling electric vehicle on the market, and that extra room allows it to have three rows of seats and can fit up to seven people at once.

The heavy overlap between the Model 3 and its new SUV sibling makes sense since the process of getting the 3 into manufacturing nearly broke the company and its impulsively tweeting CEO. The Model 3 lessons were hard-learned for the company, so applying them in a new vehicle will hopefully help avoid long delays and possible quality control issues as they roll out of the factory.

There are four different versions

Here’s a rundown of the upcoming Model Y options.

Tesla will probably sell a lot of them

The sales charts for SUVs and crossover vehicles has steadily increased over the past decade thanks to cheaper gas prices and improving fuel efficiency as well as an ever-increasing need for kids to get to soccer practice. Last year, the top three vehicles sold in the U.S. were, of course, pickup trucks, but the three after that were the Toyota Rav-4, Nissan Rogue, and Honda CR-V, respectively. At the same time, Tesla sold roughly 111,000 of its Model 3 sedans, which would make it the best-selling “luxury” vehicle in the U.S. market.

The model Y takes both of those trends and smashes them together in a conglomeration of metal, rubber, and big 15-inch screens in the cockpit.

It will have some competition

Just a few weeks ago, Volvo announced the Polestar 2, which promises to break the 300 mile-per-charge barrier and improve upon its predecessor for a price comparable to the Model Y’s higher-end versions. There are other competitors up the food chain as well, like Jaguar with its i-Pace electric SUV and even upstart companies like Rivian, which is promising an SUV-style body for its modular EV drivetrain setup.

How to buy it

If you’re already set on buying a Model Y, you can pre-order one by coughing up a $2,500 downpayment. Collecting deposits to fund manufacturing is a trademark Elon Musk move. And while the overlap between the Model 3 and Model Y production processes should help avoid delays, the bad taste from the long wait for the Model 3 may linger a little too much for some buyers.