Consider your options before you put down your deposit on Cybertruck. 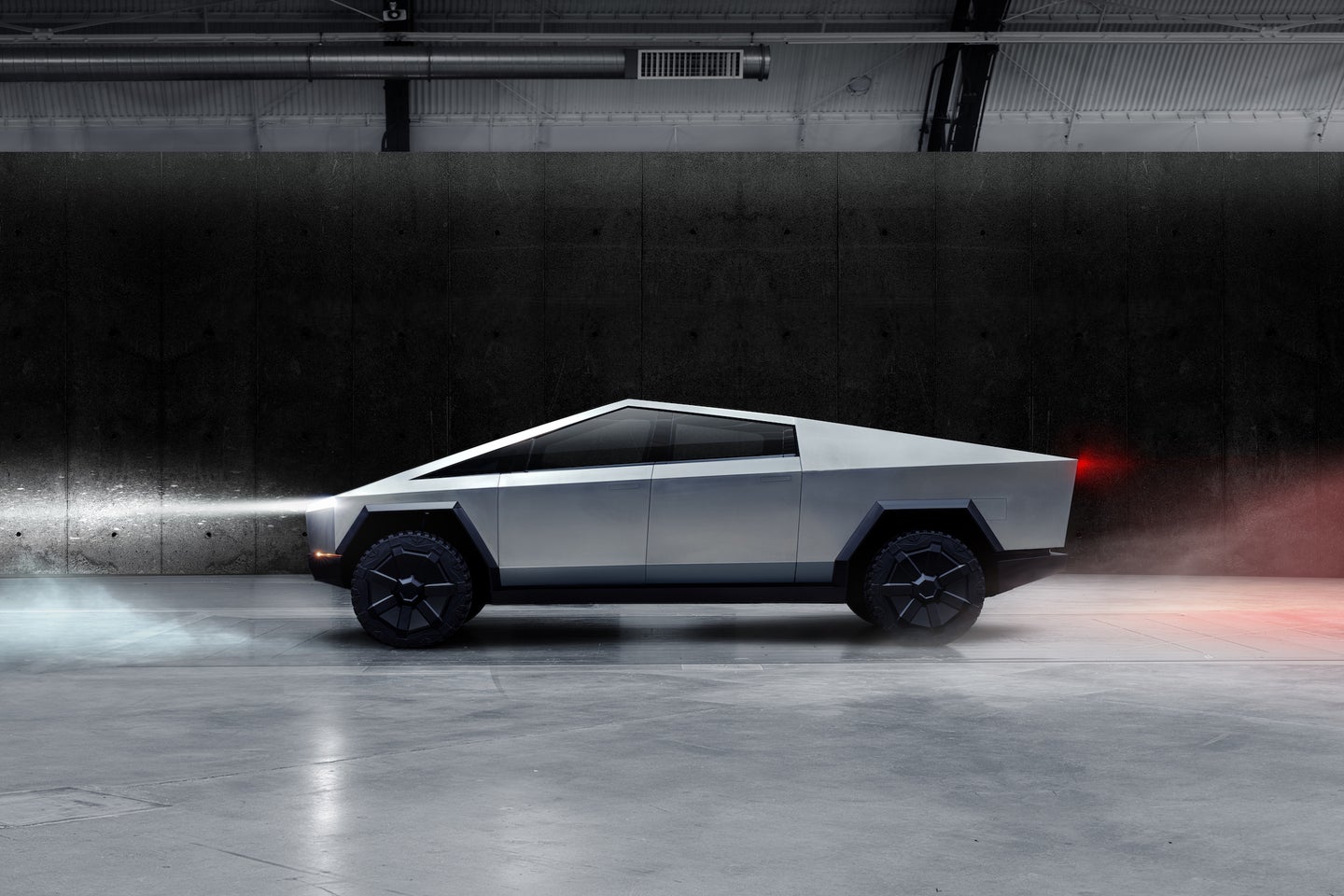 The electric pickup truck still seems far away. Last night, Elon Musk took the stage at the Tesla Design Studio in California to finally deliver on a promise he made on Twitter all the way back in 2012 and introduce Tesla’s truck. Predictably, the show was elaborate. Unexpectedly, however, the “Cyber Truck” looked considerably different from what anyone was expecting. We also found out that it won’t go into production until “late 2021,” and that’s if things stay on schedule. You can technically pre-order it now, but you’ll wait a while before you can drive that “Blade Runner-inspired,” (as Musk put it) triangle-shaped truck off into the sunset of the post-apocalyptic wasteland in which it seems Elon expects we’ll eventually live.

But what if you just want a regular electric pickup truck? There are some promising options on the cusp, or at least on the horizon, of reality. Here’s a quick overview of your options when it comes to an electric pickup.

If we’re taking Tesla’s lofty promises at their word, the Cybertruck will start at just $39,900 when it officially launches. That version will do 0-60 mph in about six seconds, drive 250 miles on a charge, and tow up to 7,500-pounds. As you move up, the 0-60 mph times come down while range and towing capacity go up. The mid-range model will cost $49,900 with a 300 mile range and 10,000 pound towing capacity. The top-end model (which won’t show up until the end of 2022 at the earliest) promises 500 miles of range, 14,000 pounds of towing capacity and a 0-60 time of 2.9 seconds. That acceleration performance would put it in supercar territory, but the expected price sits at just $69,900.

On paper, all of that sounds excellent. In reality, however, the Cybertruck will have a lot of work to do in winning over audiences with its triangular design. The stainless steel body and “armored” windows promise exceptional toughness, but a Tesla presenter managed to smash the windows during one of the durability demos.

Inside, it has the large touchscreen console that Tesla has been doing for a while, but almost every car manufacturer seems to have embraced for the upcoming model year.

There’s an accessory electric ATV you can buy to nestle in the bed. It promises 16 inches of ground clearance. It’s a weird vehicle that takes a lot of risks based on the assumption people want something different out of a truck, even though trucks have shown more growth than any other segment in recent years, at least in the United States.

By the end of 2020, you will be able to buy startup Rivian’s $69,000 R1T. The company has already shown off its production model and expects drivers to get behind the wheel starting in 2021. When it comes to performance, Rivian promises a range of 230 miles with the entry-level battery option, up to 400 miles with the top-end 180 kW-hr model inside.

As for speed, the R1T will do 0-60 in roughly three seconds using its quad-motor drivetrain, which also give it a towing capacity around 11,000 pounds.

While the Cyber Truck has shown some ambition as a camping vehicle with a tent that fits over the bed, the Rivian offers over-the-top outdoor options like a full-on kitchen that pulls out from the body of the truck and a variety of tent options for the bed. The Rivian can offer that kind of flexibility because of its Surfboard battery design, which packs a flat array of cells in between the wheels.

The Rivian is more expensive than the Cyber Truck, at least for now, but it may appeal to buyers who simply wanted the advantages of an electric pickup without a drastically changed form factor.

We first learned about Bollinger’s plans for electric, utility-driven vehicles back in 2017. The B1 is an SUV that looks a lot like a Mercedes G-Wagen, but the B2 is a more familiar pickup and likely what many people expected from Tesla’s Cyber Truck.

The B2’s specs land closer to the promises made by the base model Cyber Truck, offering 200 miles of range on a charge, a 7,500-pound towing capacity and a 0-60 time of around 4.5 seconds. Drivers can rearrange the body to fold down the back seats and make more room in the 72-inch bed. The modular body also offers some less practical advantages, like a removable windshield in case you want to feel the wind blowing through your hair while you’re lugging a big stack of sheetrock.

The Bollinger looks wonderful, but it’s had its own issues on its path to the consumer market. Last month we found out that the B1 and B2 will cost $125,000, which is considerably more than the “sub-$100,000” price point for which the company originally aimed. And it will only actually deliver those vehicles once it can sort out some manufacturing details and raise more capital to get the whole thing rolling.

Manufacturers can add all the fancy features they want to their electric pickups, but we won’t know how all of this shakes out until Ford’s electric pickup officially enters the fray. We still don’t know exactly when the production version will roll off the line, but most reports point to some time in 2021. The company has already demoed an electric truck when it pulled a million pounds worth of train cars using a prototype version.

The F-150 also feels much closer to reality now that Ford has officially introduced the all-electric Mustang Mach-E, and we’ve had a chance to see what the company is working with when it comes to EV tech.

Next year, the first F-150 hybrid will hit the market, so you can get a taste of the EV life in an F-150 if you can’t wait for the full electric version.

Just this week, GM CEO Mary Barra claimed the company will start selling its electric pickup truck by the Fall of 2021. It’s part of the company’s overall plan to have 20 EVs on sale by 2023. Like with Ford, we don’t have much of an idea about what to expect.

So, should you reserve a Cyber Truck?

If you really have your heart set on one of Elon Musk’s triangular tanks, you might want to get in early. The waiting lists can grow out of control, especially if the company runs into production issues like it did with Model 3. The smart money, however, suggests you wait. Unless plans catastrophically derail across the industry, the electric pickup market will be teeming with actual production models by this time next year, at which point you can make a more informed decision.