Navy SEALs could get new airborne backup. Here’s what the planes look like.

Special Operations Command wants new aircraft for "armed overwatch." These are the options. 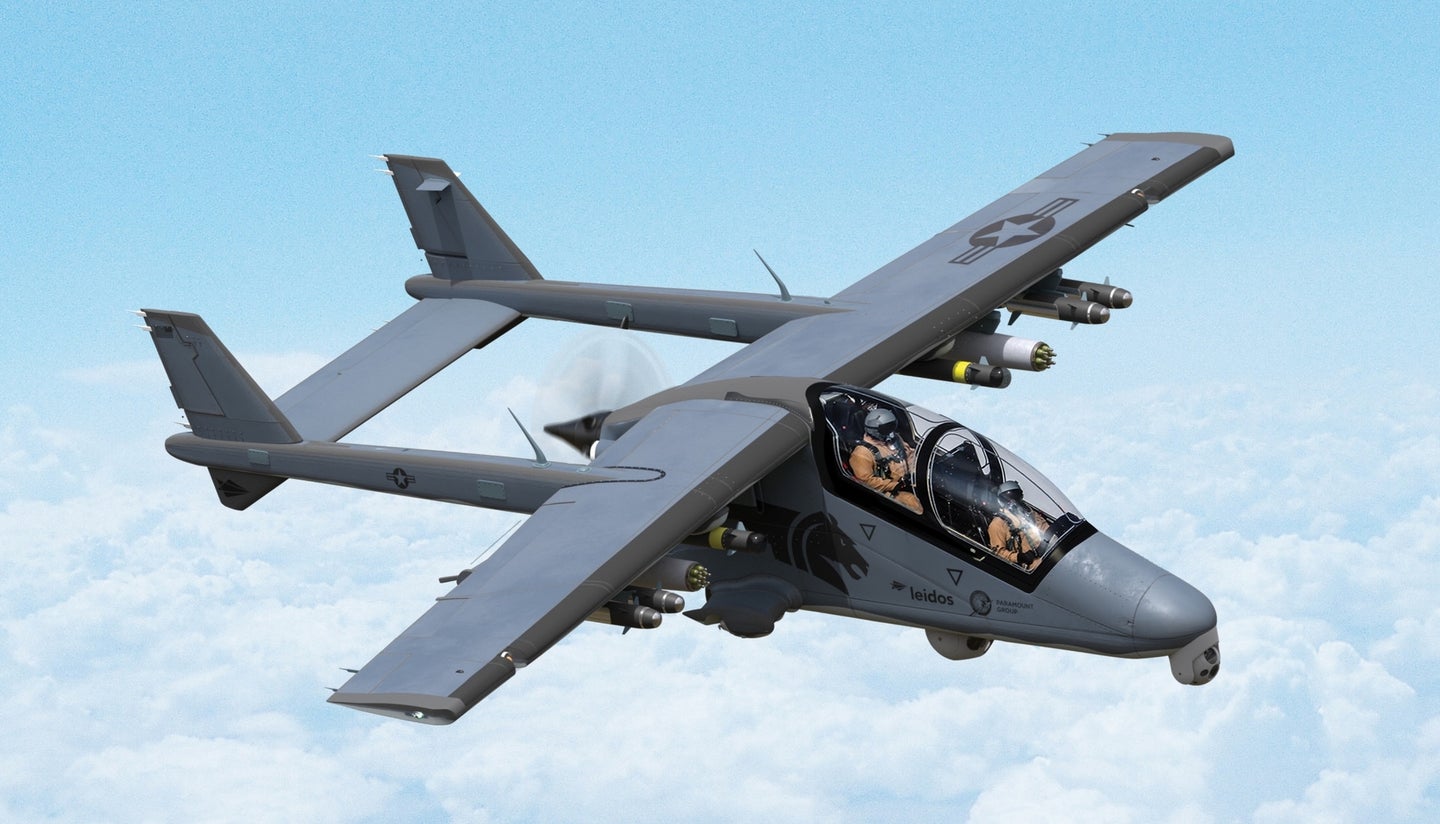 On the edges of battle, a little air support can go a long way. That’s the logic behind a set of purchases from the US military announced May 14. Worth just shy of $20 million, the award is for one each of five different airplanes. The goal is finding the right match for supporting units like Delta Force or SEAL Team Six while flying on the bare minimum of support.

The US Special Operations Command, or SOCOM, awarded the $19.2 million contract. The organization coordinates actions between the various special operations forces of the other military branches. These missions include everything from drug trafficking interdiction to the Abbottabad compound raid to kill Osama bin Laden.

Much of modern warfare is built around big, coordinated formations of people and vehicles. From patrols of vehicles that are in radio contact with high-flying drones and distant artillery, to sweeping arcs of tank formations, much of war is planned around mutual support from an array of forces.

Special operations forces grew out of the missions once given to commandos in the wars of the 20th century—missions behind enemy lines that necessitated a smaller force operating with only what they could carry on their backs. In 21st-century warfare, this entails fighting away from other support, which means that small numbers can become a form of stealth instead of a weakness. Other times, these missions are done in conjunction with the national militaries of other countries, as the commandos add special knowledge and weaponry to assist regulars in tracking down insurgents or the leadership of violent nonstate groups.

Just because these missions are fought without a lot of support doesn’t mean SOCOM wants its SEALs or Rangers to fight with no backup at all, though. The contract is formally looking for a plane that can provide “Armed Overwatch,” or the ability to protect ground forces by seeing and fighting any enemy that may advance on their position.

Presently, these commando units are served by the U-28A Draco, an unarmed plane. The Draco can fly from short and rugged runways, and once in the sky can collect and relay valuable scouting information to people moving below on the ground.

The Draco is, unfortunately, expensive to maintain, and a finite number are in service. Plus, while it can alert troops below of any danger, it cannot actually move to fight enemies itself.

To service special operations, SOCOM asked for an affordable aircraft that’s cheaper to maintain and has an onboard human pilot. The plane should be capable of Close Air Support, or shooting and bombing people and vehicles on the ground from a low altitude. SOCOM also asked that it be armed for its scouting missions, and that it can help direct aerial attacks, ensuring that friendly forces are not hit by friendly fire.

While there are plenty of fighters already in the US inventory that can do some or all of this (though none particularly affordably), what sets SOCOM’s ask apart is that whatever plane it selects must be able to do so in austere environments, like dirt airfields with limited access to supplies. If the F-35 is built to fly out of a well-equipped and well-staffed hangar, SOCOM wants a plane that can fly and fight from the bare minimum of infrastructure necessary.

In addition, the contract notes that these places are where commandos are tasked with “Countering Violent Extremist Organization missions.” Under the expansive rules of the 2001 Authorization to Use Military Force, as well as partner agreements with many militaries across the globe, this means that the aircraft selected to support special operations could also protect allied soldiers fighting alongside American commandos.

Five different airplanes were selected as possible contenders for the broader contract. They are:

The pusher-prop Bronco II (seen in the large image at the top of this story) by Leidos borrows its name from a larger Vietnam War-era plane that performed similar missions. While the II cannot transport people like its predecessor, it does have room for cargo storage, allowing it to perform light resupply tasks. With its high wing and stadium-seating cockpit, the Bronco II also bears more than a little resemblance to the AHRLAC, a South African built light close air support plane.

If the Bronco II resembles a strange fighter, the MC-208 Guardian by Mag Aerospace feels like a private plane that a bored executive has outfitted for the most dangerous game. Camera pods can fit below its fuselage, and there are mounts for missiles or rockets on special hard points from its wings. For missions that require transport as well as overwatch, the Guardian can carry nine people besides its two-person flight crew.

Textron’s AT-6 Wolverine is a two-seat turboprop that can be armed to the teeth. It can mount cameras and other sensors. The Wolverine’s armament can include everything from heavy caliber machine guns to guided bombs or even Hellfire anti-tank missiles.

Superficially similar to the Wolverine is L3’s AT-802U Sky Warden. It can carry a blistering array of surveillance cameras to go alongside its weapons. L3 is also marketing it on cost, specifically framing it as 1/5th the cost of an F-16, and 1/18th the cost to operate per hour.

Rounding out the selection is the MC-145B Wily Coyote by Sierra Nevada Corporation, a plane for which there exists very little publicly available information. It is most likely similar to the C-145A Combat Coyote, a twin-engine craft with capacity for 16 passengers. The Combat Coyote is built largely for cargo runs and air-dropped relief, so it will be interesting to see how that basic airframe is adapted to actual combat.

SOCOM expects to evaluate the five prototypes by March 2022. After that, should the military find a design it likes, it will have to convince Congress of the plane’s necessity, in order to secure dedicated funding for the project. If that can be approved, SOCOM hopes to buy 75 of the winning aircraft within 5-7 years from the award of a purchasing contract.