Zumwalt Destroyer Delivered To The Navy 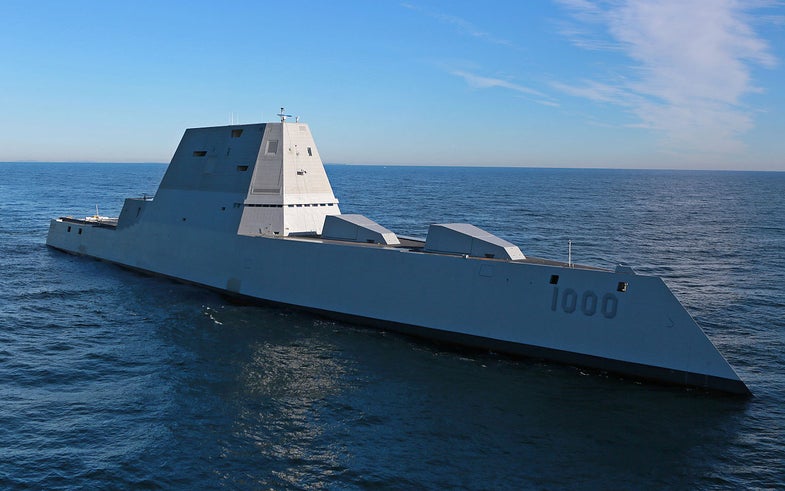 Like a dagger slitting open the flesh of the sea, the Navy’s new Zumwalt destroyer looks like the future. Built with stealth and automation in mind, it seems as much concept art from a science fiction film as it is a real ship that is part of America’s real navy in the year 2016. Today, the Zumwalt was delivered to the Navy after a month of sea trials.

In October, the Navy will commission the Zumwalt in Baltimore. Between now and then, the ship’s crew will use the next four months to train with their new vessel, under the command of no-kidding Captain James Kirk.

The Zumwalt, and the two other ships of its class, are designed to have about half the crew of existing destroyers in the U.S. Navy. Major automation of the ship makes this possible, as does the ship’s tremendous amount of on-board electrical power. In fact, while it’s equipped with missiles and guns now, in the future it could have laser weapons or rail guns.

Assuming, that is, that it doesn’t tip over first. The ship’s unique body shape is known as a “tumblehome” design, and one reason they’re particularly rare is because they sometimes flip over in stormy seas. That hasn’t happened yet, and it’s possible the Zumwalt is better equipped than ships a century ago for rough conditions. Let’s hope it’s smooth sailing until October’s commissioning.