The 'Shahid Nazeri' is a new, long-range catamaran. But it's mostly for show. 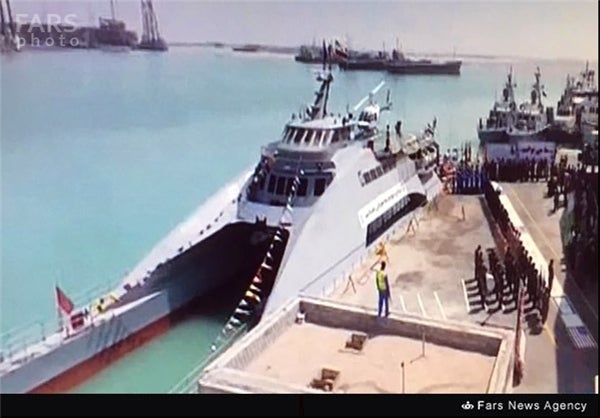 How, exactly, can a smaller nation compete militarily with a superpower?

For Iran, whose relationship with the United States has vacillated between outright hostility to at most lukewarm diplomacy since the overthrow of the Shah in 1979, one answer is developing new, small, weird ships. The latest is a helicopter-carrying catamaran named the “Shahid Nazeri.”

The cruisers and destroyers used by the US Navy have listed speeds “in excess of 30 knots”, (or roughly 34 mph), well below the 92 mph top speed Iran claims.

As a new vessel capable of carrying helicopters and soldiers, the Shahid Nazeri should be the most exciting vessel.

But even from the Fars report, it’s clear that Iran’s real naval strategy is just an associated fleet of smaller speedboats.

Iran’s built a naval strategy around the small vehicles. Attacking larger ships with lots of small fast boats is a kind of asymettric warfare, and its a tactic Iran’s refined over the past decade at least.

It’s unclear how the Nazeri fits into this larger speedboat-heavy strategy. Fars boasts of the Nazeri’s long range, which is not a feature especially relevant to patrolling the nearby Persian gulf, nor the narrow Strait of Hormuz.