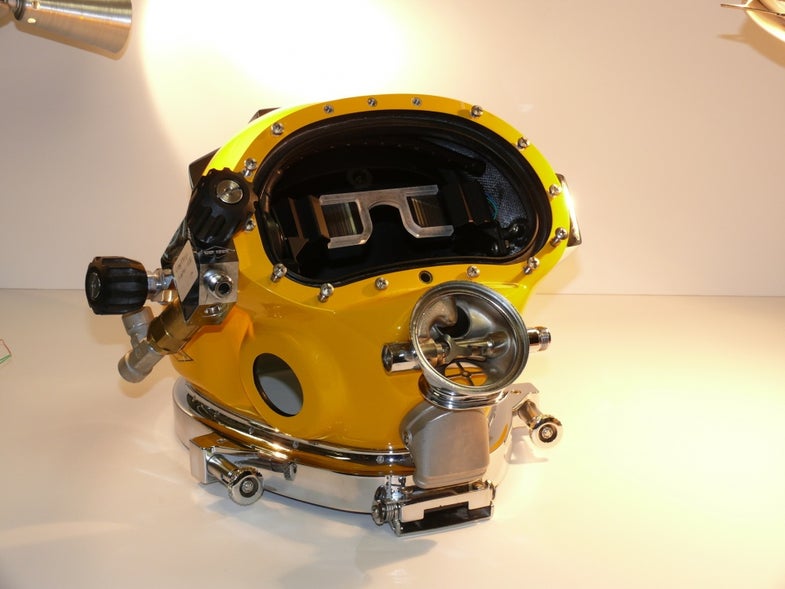 Murky, turgid waters are about to become much easier for divers to navigate. Helmets used by the US Navy will soon come equipped with smart eyewear to let divers view real-time sonar, text messages, schematics, photographs, and videos. This is possible through a burgeoning technology known as “augmented reality,” which projects digital information onto real-world objects.

Called Diver Augmented Vision Display (DAVD), the new prototype is the result of a partnership between the Navy and Lumus, an Israel-based company that has previously developed heads-up displays for the Air Force. The DAVD display will help with ship repair, underwater construction, and search or salvage missions.

The prototype sits inside a 3D-printed plastic frame, with tiny projectors to reflect virtual images into the lens, where they are reflected into the eye. “On the inside there’s essentially a mirror that’s been sliced into about four or five different reflectors,” says David Goldman, VP of Marketing for Lumus. “Those are angled in such away that the wearer of the glasses doesn’t actually see them, so it’s completely transparent.” 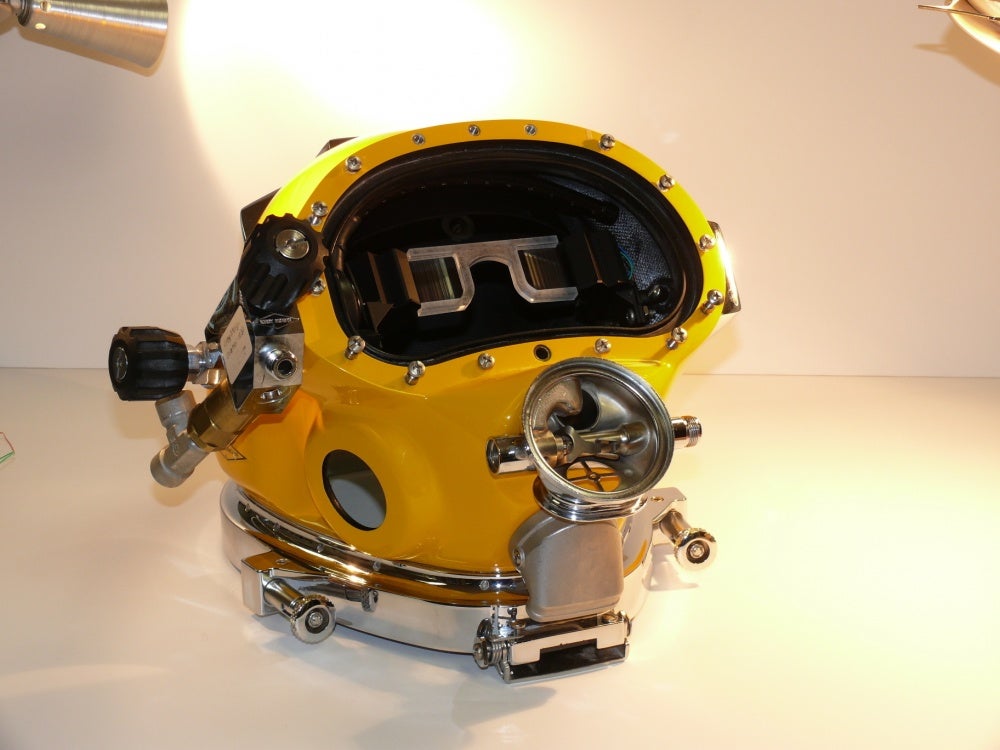 The DAVD prototype fits inside a Kirby Morgan dive helmet.

Divers frequently work in areas with poor visibility. Currently, above-water colleagues can drop a sonar system near a dive site and use it to come up with instructions to divers.

“When the divers go down there, visibility might be six inches in front of their diving helmet[s],” says Dennis Gallagher, DAVD Project Manager for the U.S. Navy. “So they have to listen to the people topside saying, ‘alright move more to your right. No, your other right! No, quit turning around in a circle!’— because there’s no reference point in there.”

Divers can also navigate with help from handheld sonar systems paired with a display that fits on top of their current helmets. “They can see the sonar image but it blocks everything else, and they have to take it off or flip it up to do any other work,” Gallagher says. “As far as getting up close…they have to memorize what they’re doing, they have to just go by feel.”

But with DAVD, divers can see their position on a sector sonar screen for themselves. An Ethernet cable connected to the helmet brings communications down from the surface. A diver can describe to his topside colleagues what he needs to see, or ask them to move information to different locations on the display. And if the images block her field of view, a diver can turn the display off with a button clipped to her harness.

Another advantage of DAVD is that, if voice communications become garbled or lost, a diver can rely on text messages. And augmented reality can help divers searching for an object in a wreck or performing maintenance. The helmet can show a 3D overlay of the part a diver is supposed to disassemble or replace, which could cut training time, or prevent a diver from retrieving the wrong object. Altogether, the technology could make diving missions both safer and more efficient.

The display’s position within the helmet accommodates nearly 80 percent of divers without needing any adjustments. In October, the Navy will begin testing DAVD in the water, sending divers on simulated exercises. DAVD will initially be manufactured for military divers, but will eventually become available to commercial or scientific divers and first responders.

So even though augmented reality has lately been associated with more consumer-focused companies like Microsoft (with its HoloLens), and Google (which is backing the secretive startup Magic Leap), it may be that the 241-year-old US Navy is among the first to find a truly practical use for the technology.