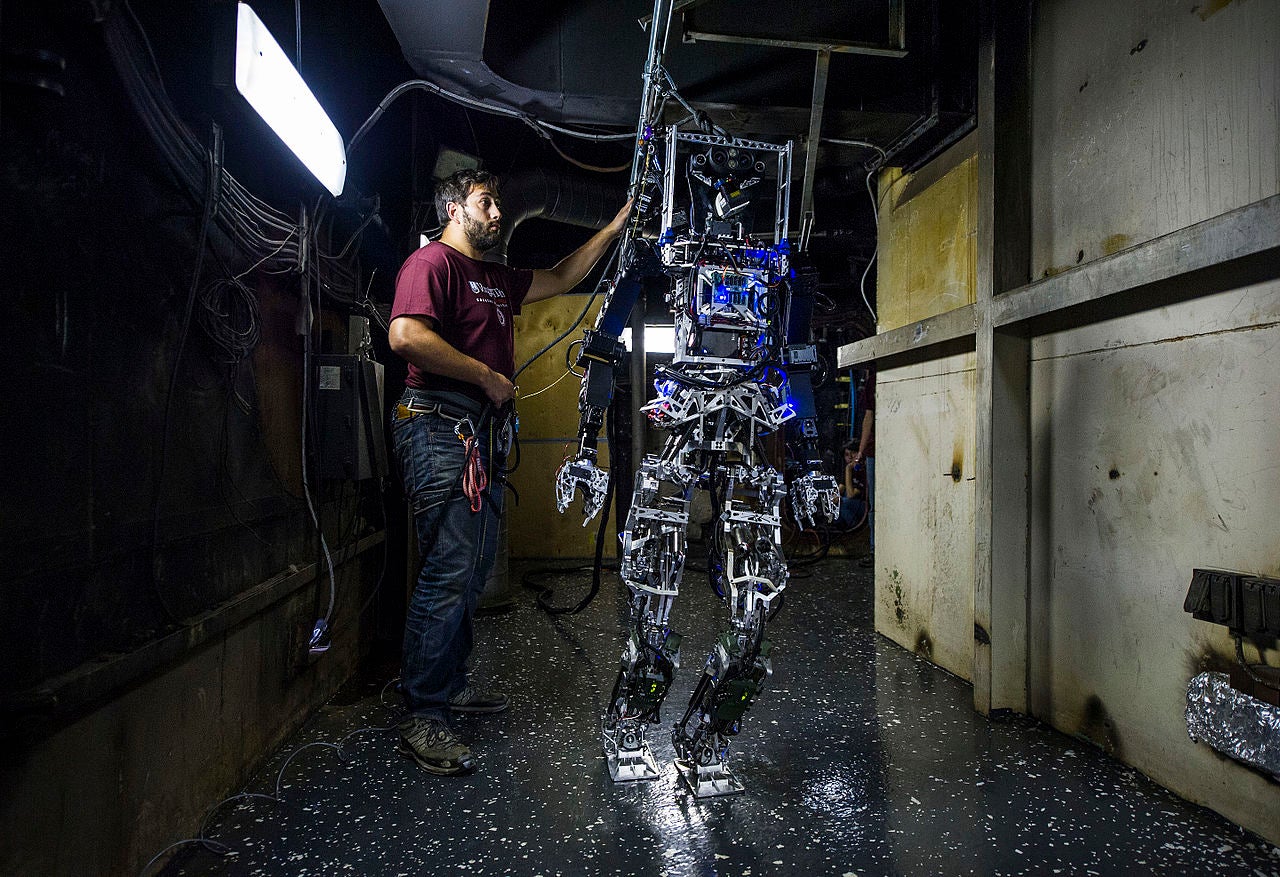 Where there’s smoke, there should be firefighting robots. At least ,that’s the aim of the humanoid Shipboard Autonomous Firefighting Robot (SAFFiR, yes, pronounced “safer”) in development by the Office of Naval Research. The Navy demonstrated the robot last winter, and it was one of the competitors at DARPA’s robotics grand challenge last summer. To help SAFFiR walk a little better, the Navy just awarded a $600,000 grant to Worcester Polytechnic Institute to teach the robots how to walk better.

The robot is made humanoid to fit into spaces built for humans, so it makes sense to give it sea legs. Yet there’s nothing inherent about the design of ships that necessitates a humanoid robot. In fact, making the firefighter person-sized and person-shaped might even get in the way. Here’s an alternate idea, from former U.S. Army technologist Jon Jeckell:

Until we get a wall-crawling spider-bot to fight fires on ships, a better-walking SAFFiR is probably our best bet. Watch a video on it below: