It's outfitted for electronic warfare 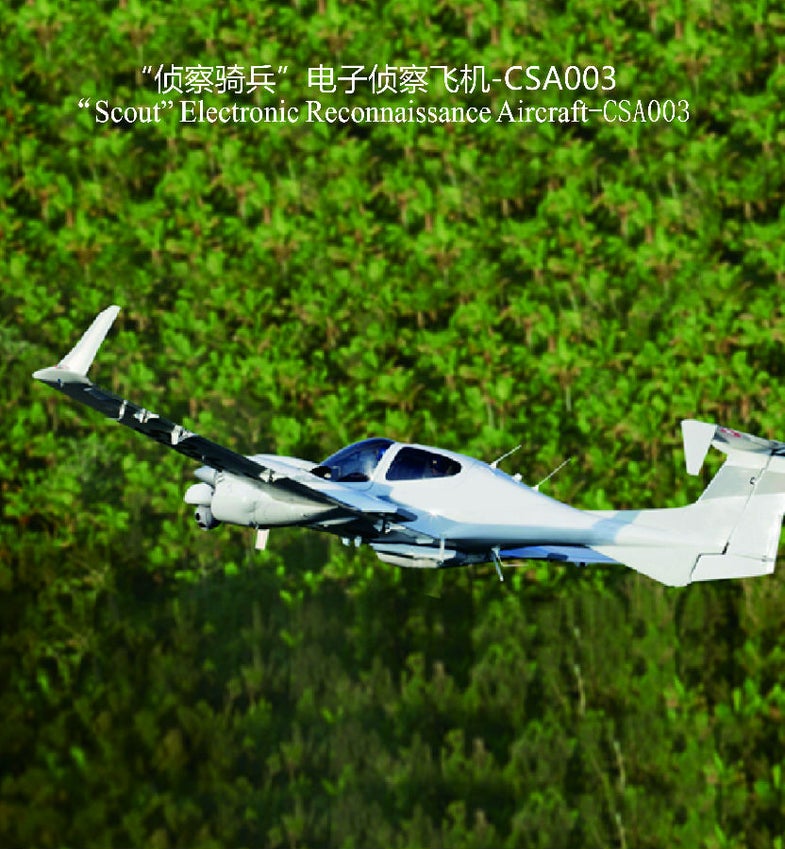 The CSA-003 is China’s newest Electronic Intelligence (ELINT) aircraft. Built by the China Electronic Technology Corporation’s Avionics division, the CSA-003 is a family of special mission aircraft that include maritime patrol and oil spill response. 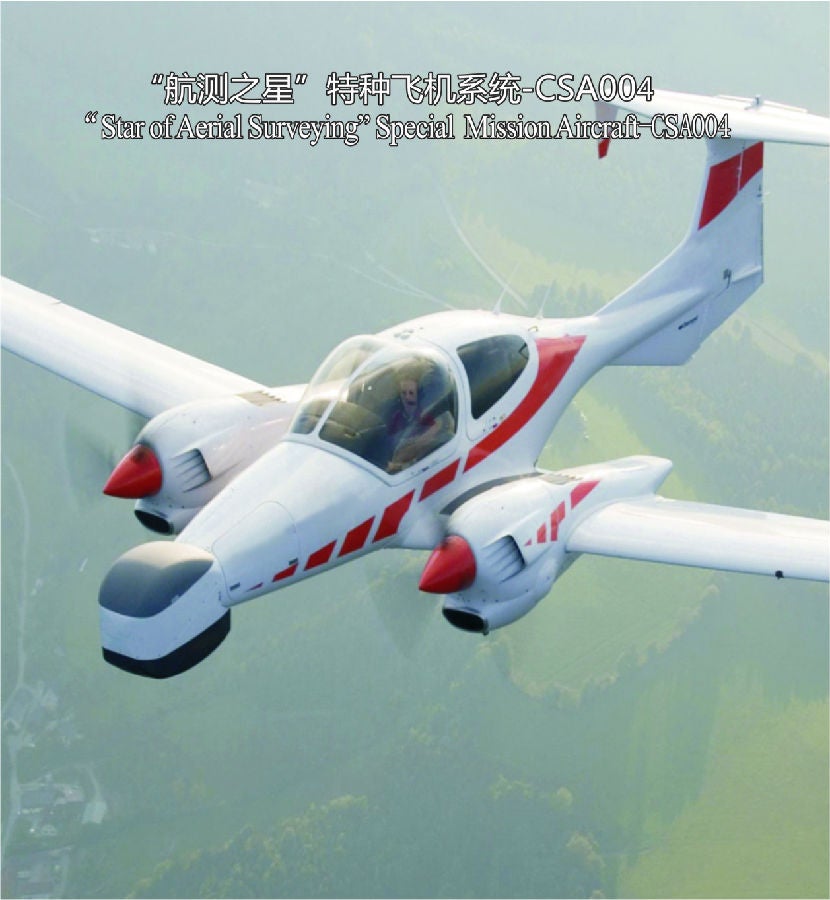 ELINT is a vital part of today’s military activities and future battlefield. In addition to collecting intelligence on potential enemies’ electronic activity, in a battlefield situation, it enables electronic and cyber attacks against enemy electronics through pinpointing their location and vulnerabilities.

Built by CETCS off of an Austrian designed Diamond DA42 utility plane, the CSA-003 is a twin turboprop engined, 1.7 ton plane with heavy composite usage in its fuselage. The website states that the CSSA-003’s crew consists of 1-2 pilots and 1 sensor operator. The sensor payload, carried in a pod under the fuselage, consists of a modern, digital ELINT and signals processing suite that can detect, track and analyze enemy electronic activities, such as communications, weapons guidance and radars.

The CSA-003 also has the capability for installing an electro optical/infrared sensor turret, which can detect enemy regular and irregular forces like infantry under all weather conditions. The CSA-003 can count on satellite links and processing support from ground stations to act as part of a larger network of integrated electronic attack assets. 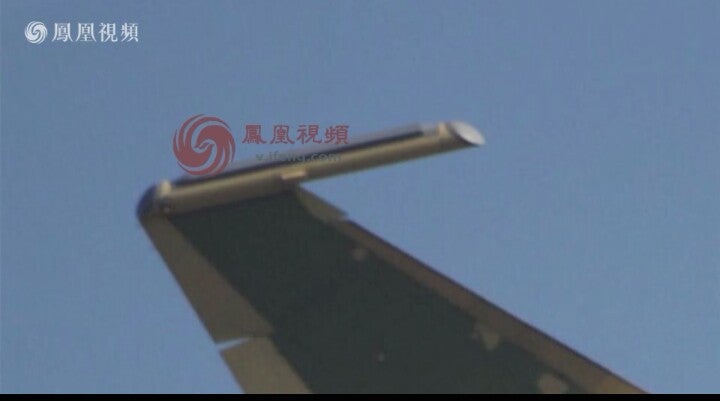 The J-16D’s wingtips have built in electronic intelligence pods, which intercept enemy electronic signals like radar transmissions, for processing in the fighter’s computers, which then tell the J-16D’s jammers how to scramble, confuse and block enemy usage of the electromagnetic spectrum.

The CSA-003 will join larger Chinese ELINT platforms, such as the medium Y-9 aircraft. Its parallel may more be smaller ELINT airplanes like the U.S. Army’s RC-12 Huron, which are also twin engined turboprop aircraft modified for gathering battlefield intelligence in counterinsurgency environments like Afghanistan and Iraq. The usage of a European airframe, subject to EU arms restrictions, suggests that the CSA-003 may initially be geared to paramilitary missions like border patrol.

Thanks to Andreas Rupprecht for pointing out the usage of the Diamond DA42.