U.S. Olympic skiers have been swooshing in VR to prep for the winter games 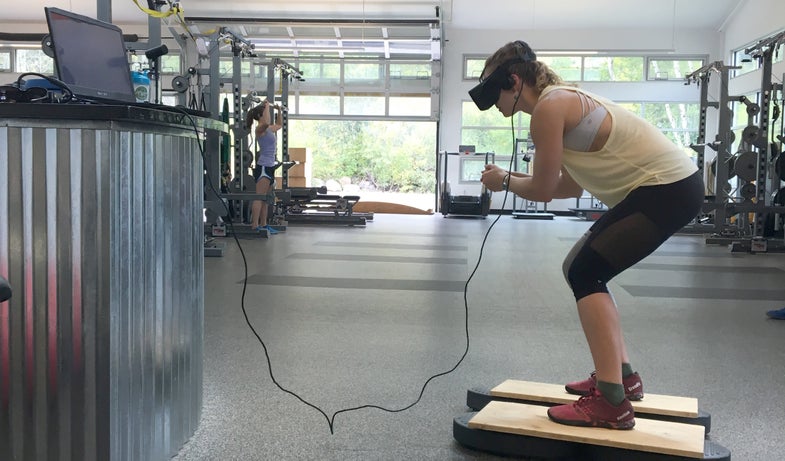 When U.S. skiers take to the slopes at the Jeongseon Alpine Centre in February for the 2018 Olympic Winter Games, some of them will have used 360-degree video to check out the run and visualize it in an immersive, digital way. They’ve been using footage from the men’s and women’s downhill events—first filmed in 2016 and 2017—to boost their familiarity with the snowy, mountainous route.

Olympic athletes can ski the course for real beforehand at test events, and for one of the routes, the U.S. team used a GoPro Omni rig with a total of six cameras to capture the scene on the slope. While video shot in 360 degrees can be hard to interpret if you’re looking at it on a flat screen on places like Facebook, it shines in a virtual reality headset, where you can gaze around and naturally see the scene around you move as you do.

That’s just what the athletes have been doing, says Troy Taylor, the high performance director for the U.S. Ski and Snowboard Association. Skiers have been using an Oculus Rift headset, plus a laptop, to check out the course, as well as other smartphone-based setups. They’ve been partnering with a company called Strivr to make it happen, which is a firm known for working with the likes of Walmart and the NFL to simulate experiences through virtual reality.

The VR experience isn’t truly interactive in the sense that the athlete watching it can choose their own line down the mountain—that was fixed when the film was recorded—but it does allow the skier to interactively check out the setting. “An athlete can go in by themselves, and do a course inspection, or go through the run,” says Danny Belch, the chief strategy officer with Strivr. “They can pause and look around, left and right, behind them, because it’s VR.”

For pro athletes, Belch says that Strivr is “trying to use VR to help replicate what the athlete will end up seeing, come the big moment—game time for football players, and obviously, big races for skiers and snowboarders.”

And the goal, says Strivr CTO Brian Meek, is to create the “same physiological responses that you’ll have when you’re on the real course, while you’re training, so that you have that same adrenaline rush.”

Taylor, of the U.S. Ski and Snowboard Association, says that VR and 360-degree video are good for helping the racers visualize a course, or use if they are injured and rehabilitating, and that even little advantages can make a difference. But he concedes that it’s more icing on the cake, as opposed to the batter itself—VR doesn’t mean anything without a hard-working athlete in the first place. In short, file it under nice-to-have: just don’t forget the actual skis and the real goggles.