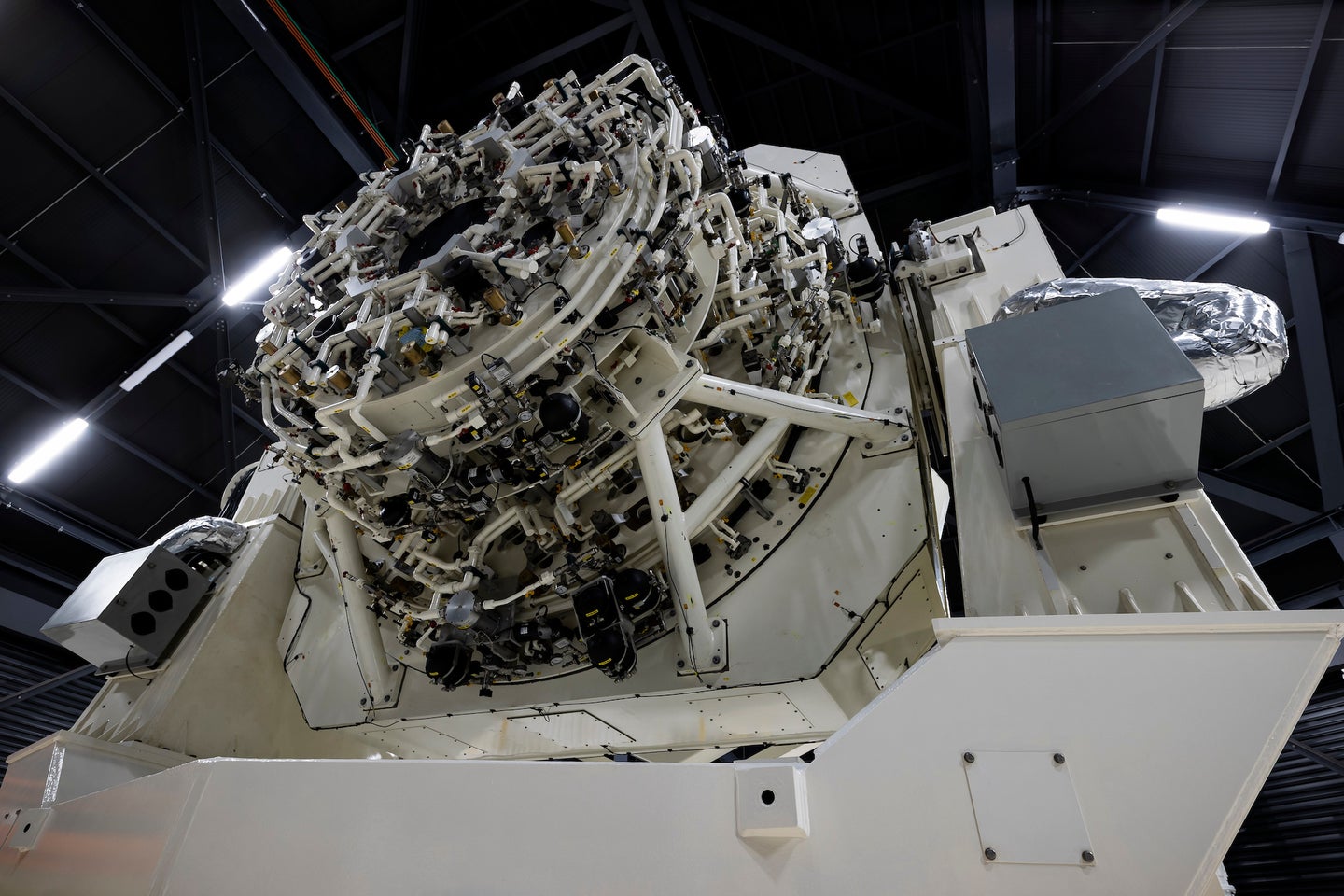 In orbit, there are no obvious places for satellites to hide, except temporarily behind the bulk of Earth itself. Satellites, gravitationally bound to our planet, are visible clearly in the night sky. Discerning their movement, their patterns and actions, requires special tools for scanning the sky. On September 30, Australia’s Department of Defence announced the Space Surveillance Telescope—a special tool just for this kind of scanning—is operational.

“In an increasingly contested and congested space environment, The Space Surveillance Telescope will provide enhanced awareness of the space domain and contribute to greater Alliance cooperation,” Air-Vice Marshal Cath Roberts said in the release.

The main point of the telescope is to watch satellites in geosynchronous orbit, and to keep an eye out for unusual movement or activity among satellites. Satellites in geosynchronous orbit are used for everything from television transmission, GPS coordinates, communications, photography of Earth, and more. One possible way to disrupt assets in orbit would be with a satellite designed to move to attack and sabotage other objects in orbit. Watching the sky for unusual movement is the first step to detecting such an attack.

The telescope started development in 2001 as a DARPA project. The first version was built and set up on the top of North Oscura Peak at White Sands Missile Range, in New Mexico, where it started watching the night sky in 2011. In 2012, the United States and Australia announced a plan to move the Space Surveillance Telescope (SST) from its perch above White Sands to Australia, where it could scan the sky above the southern hemisphere instead. This move was designed “to strengthen the US Space Surveillance Network’s ability to track space assets and debris and provide warnings of possible collisions between space objects,” says Australia’s Department of Defense.

The US Space Surveillance Network is a collection of telescopes and radar installations across the globe, used to scan the skies for unusual activity. In some ways, watching space is straightforward, as most satellites typically travel on fixed trajectories, and cannot easily change them. There is no object besides the Earth to hide behind, though there are parts of the world where it is harder for the US to place sensors. This is specifically a challenge when it comes to northern Eurasia, where the US does not have access, and to the southern hemisphere, where telescopes in Australia help a great deal.

Space is also vast. The realm of useful orbit is estimated to have a volume of some 24,000,000,000,000 cubic miles. What space surveillance entails is finding and cataloging satellites in that orbit. The expansive scope of the SST is designed to see a wide swath of the sky, and to generate data that makes it easy for analysts to see if objects in orbit are moving in ways beyond what would normally be expected with orbital deviations.

In October 2016, DARPA handed over control of the telescope to Air Force Space Command (which itself became a part of the Space Force in October of 2020), in a ceremony attended by the media. In 2017, the telescope was dismantled and then reassembled at Australia’s Harold E. Holt naval base on the continent’s north-west coast. It’s a whopping 9,845 miles from its first location at White Sands.

The US Space Force will be responsible for part of the US operation of the SST, under the auspices of US Space Command.

“Reaching initial operational capability is a major achievement that underscores the importance of working together to secure the ultimate high ground,” U.S. Space Force Gen. John Raymond said. “My thanks and congratulations to our Australian partners and our [Space Force] Guardians and Airmen who have been collaborating for almost a decade to make this possible.”

When nations have taken action against objects in orbit, it has been through firing missiles from Earth at their own deorbiting satellites. So far, only the United States, China, Russia, and India have destroyed their own satellites this way, with Russia’s November 2021 destruction of the Kosmos-1408 satellite being the most recent. The debris created by satellite destruction can persist in orbit for years, risking collision with other satellites and threatening the continued usefulness of orbit for everyone. So far, two-thirds of the debris from the destruction of Kosmos-1408 has deorbited, but what remains may take a decade or more to stop being a threat.

But other means to damage or destroy satellites exist, with one of the most concerning possible threats being a satellite already in orbit that is designed to attack and sabotage or destroy other objects in orbit. Space has for decades been a place where militaries put useful sensors, like cameras or eavesdropping devices pointed at Earth. Beyond military utility, space carries communication across the globe, on both military and commercial channels. While for now nations have not yet overtly targeted the satellites of others in war, the possibility remains, which is what space surveillance is designed to find and, hopefully, deter.