To Keep Airplanes On The Map, Track Them From Space

The technology exists, but will airlines use it? 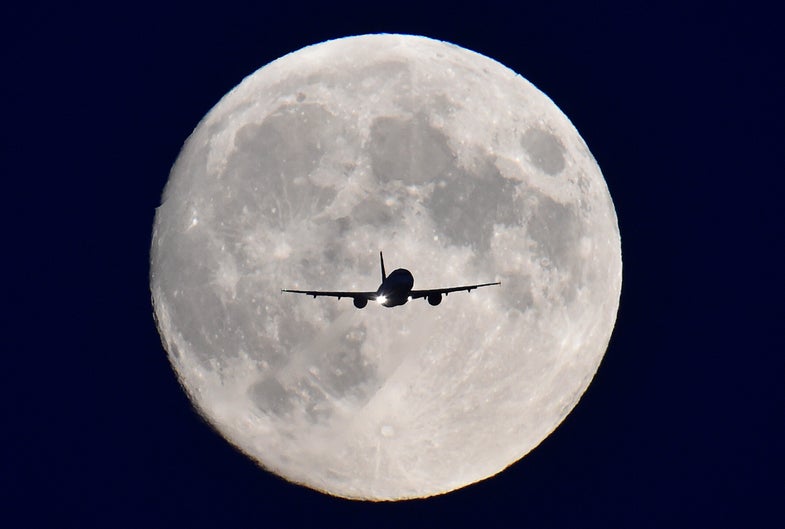 Two commercial airplanes vanished from radar in 2014. Although the wreckage of AirAsia QZ8501 has been recovered, Malaysia Airlines Flight 370 is still missing, with and search-and-rescue efforts coming up short.

With all the tracking technology at our disposal in the modern age, it seems incredible that planes can still disappear. GPS tracking has been around for ages, guiding your average car owner to his or her destination with the help of a soothing computerized voice. Yet airplane tracking and information gathering hasn’t evolved substantially in the past few decades, still heavily relying on ground-based radar and on-board black boxes that hold critical flight data. These technologies can fall short, as evidenced by Malaysia Airlines Flight 370, which went missing—black box and all—while flying out of radar range.

“In this day and age, lost aircraft should be a thing of the past.”

The National Transportation Safety Board says it’s time for a change. In a new report, the NTSB made some major recommendations for the commercial aviation industry, claiming it’s time for passenger airplanes to be equipped with enhanced real-time tracking technologies–especially those airplanes flying over large bodies of water. The agency recommends that all aircraft should be equipped with satellite tracking technologies, detecting an airplane’s position from space once every minute. The report also outlines ways to make an airplane’s black box much more locatable if an aircraft goes down, as well as ways to negate its need altogether.

“Technology has reached a point where we shouldn’t have to search hundreds of miles of ocean floor in a frantic race to find these valuable boxes,” NTSB Acting Chairman Christopher Hart said in a statement. “In this day and age, lost aircraft should be a thing of the past.”

From The Ground To Space

Currently, airplanes are tracked through the air by two methods of positioning: primary radar and secondary surveillance. With primary detection, radar stations send out electromagnetic signals that bounce off any object in their path, indicating each plane’s position in the sky. With secondary surveillance, radar stations send signals specifically to a plane’s transponder, a radio transmitter in the cockpit. When the transponder receives these signals, it sends back information on the plane’s location, altitude, direction, and speed. Both of these processes require no cooperation from the pilots and are done automatically.

The only problem? All of these radar stations communicating with the plane are based on the ground, meaning their range of coverage only extends so far. When a plane flies over an ocean or a geographically remote region, the aircraft vanishes from radar’s view. Between 70 and 80 percent of the Earth is “blind” to radar surveillance, and when planes enter one of these uncovered zones, the onus is on the pilots to relay their exact coordinates to air traffic control. As was the case with Flight 370 and Air France Flight 447, that doesn’t always go as planned. 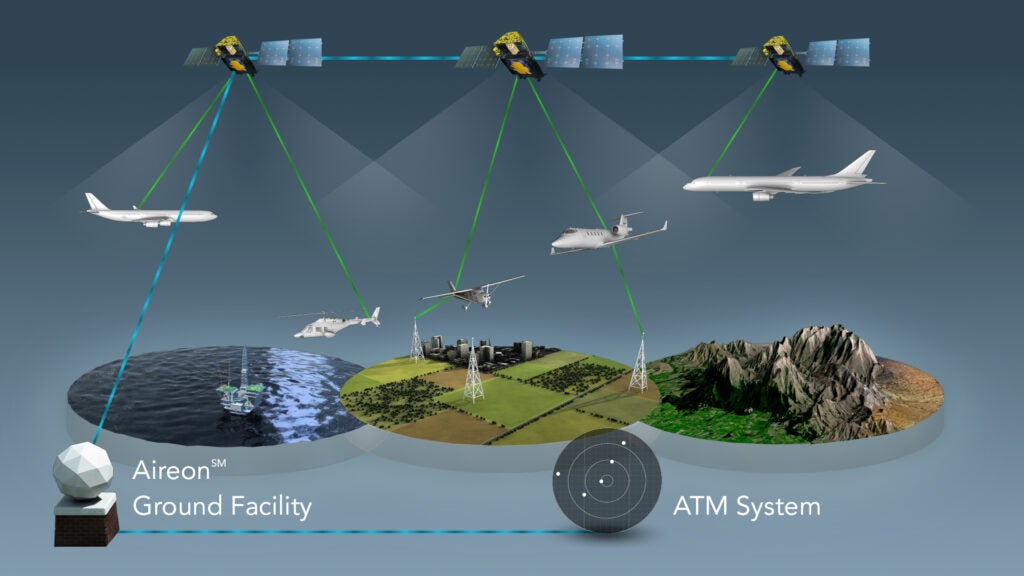 To fix this issue the NTSB says it’s time to move those radar stations from the ground to space. Enter Aireon, a company that aims to track every single airplane’s location via satellite. Aireon manufactures a receiver that picks up the GPS coordinates that the plane transmits; it’s a system known as ADS-B, or automatic dependent surveillance-broadcast. The ADS-B then relays the signal not to a ground station, but to a receiver on an Iridium satellite orbiting the Earth.

“Starting this year, Iridium will be launching 66 satellites… These will contain the Aireon receiver,” Cyriel Kronenburg, vice president of sales and marketing at Aireon, tells Popular Science. “The constellation will provide a global footprint; we’ll have a satellite flying over any of those ‘blind’ areas at any time.”

“We’ll have a satellite flying over those ‘blind’ areas at any time.”

If all goes well, the Aireon receivers will pick up each plane’s GPS coordinates once every minute. According to the NTSB, this will dramatically cut down the potential search area in the tragic event that an aircraft goes missing. “In 95 percent of the cases, the working group determined that if these aircraft had been transmitting their position once every minute, the last reported position would have been within a six nautical mile radius of the point of impact,” the NTSB report concluded.

Kronenburg notes that incorporating Aireon technology is cost effective for airlines–in fact, all planes that are being manufactured right now contain ADS-B systems. “It will be mandated to have ADS-B systems to fly in airspace,” says Kronenberg. “It’s already mandated in Australia and other parts of the world. It’s a technology already on board the aircraft, and that level of acceptance is important. You want every aircraft equipped.”

Seeing The Problem Before It Becomes One

While satellite tracking can provide a much more accurate snapshot of where every single plane is located in the sky, it still doesn’t address a pressing issue for the aviation industry: How can ground control know if something is malfunctioning or being mishandled on an aircraft? Right now, officials can only figure out went wrong with a plane after it crashes—and after the plane’s black box is recovered. That design concept has proven problematic for determining the root cause of AirAsia Flight 8501’s accident, as the black box remains missing.

The NTSB report outlines a number of new design specifications for black boxes, including the addition of more sophisticated beacons that can increase signal detection underwater. Yet the agency is also interested in a service that somewhat negates the need for black box recovery altogether: real-time data streaming.

“The problem is not just tracking; it’s tracking and also getting data from an aircraft that might be in distress at the time,” Richard Hayden, the director of FLYHT Aerospace Solutions Ltd., tells Popular Science. “All tracking can do is tell you where to go find the crash. If you have data in real time, there is an option for constructive intervention to avoid the crash.” 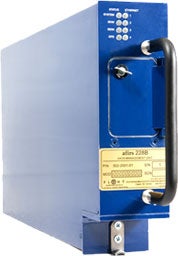 To provide this crucial real-time data, FLYHT developed the AFIRS global communications system, a small box that can fit virtually anywhere inside an aircraft. Throughout an airplane’s flight, AFIRS taps into the aircraft’s various systems and constantly transmits flight data—such as plane orientation, fuel measurements, velocity, and more—to the same Iridium satellite constellation used by Aireon. Receivers in the satellites pick up this information and then send it to controllers on the ground.

Although AFIRS has the option to constantly transmit flight data in real time, Hayden notes it’s designed to only send this information when controllers need it most. That way, ground control doesn’t get overwhelmed by a constant stream of flight data that they don’t really need. Instead, AFIRS looks out for situations that are deemed irregular; when those situations occur, the system kicks in and starts streaming data at a faster rate, up to once every five seconds. “They get an alert and high resolution positioning and data from the aircraft about what’s going on,” says Hayden.

During these “abnormal episodes,” either ground control or the AFIRS system can recommend solutions to get an aircraft out of jeopardy. AFIRS can also provide solutions for a much more benign issue: fuel conservation. By monitoring the way in which the crew flies the aircraft, AFIRS can recommend alternate routes or other maneuvers that can save on fuel.

Will The Industry Change?

The NTSB consulted with both Aireon and FLYHT for the report’s recommendations, and their suggestions come at a potentially pivotal time. In February, global leaders in the aviation industry will meet in Montreal for a meeting of the International Civil Aviation Organization to discuss new standards for aircraft worldwide.

It may be hard for the NTSB to sell their ideas, as the changes are pretty radical for the industry. One thing the report recommends is the addition of video recorders in cockpits, a touchy subject for pilots. Various airline pilot unions oppose cockpit video recordings, arguing that it’s a violation of privacy and that the images will be misinterpreted. It’s a sentiment with which Hayden agrees. “What is video in the cockpit going to tell you? It shows what the pilots are looking at in their instruments,” says Hayden. “That information can be recreated with AFIRS.” Such a recommendation could lead to significant pushback against change altogether.

Experts also speculate that airlines have been slow to pick up more sophisticated tracking technologies due to cost restraints, since adding on new hardware doesn’t come cheap. And with a global fleet numbering in the tens of thousands, issuing new standards for every single airplane can be difficult. Yet the changes the NTSB are proposing could prove more cost effective in the long run, removing the need for expensive search efforts in wide-ranging crash zones.

Plus, the NTSB says their recommendations are perfectly within the realm of possibility, as many airlines already use ADS-B systems and AFIRS. “We always make performance-based recommendations when new innovations come along,” says Peter Knudson, a spokesman for the NTSB. “But a lot of commercial airplanes already have this technology.”