A base station could beam out power, which means no more plugging in your device or even plunking it on a charging pad. 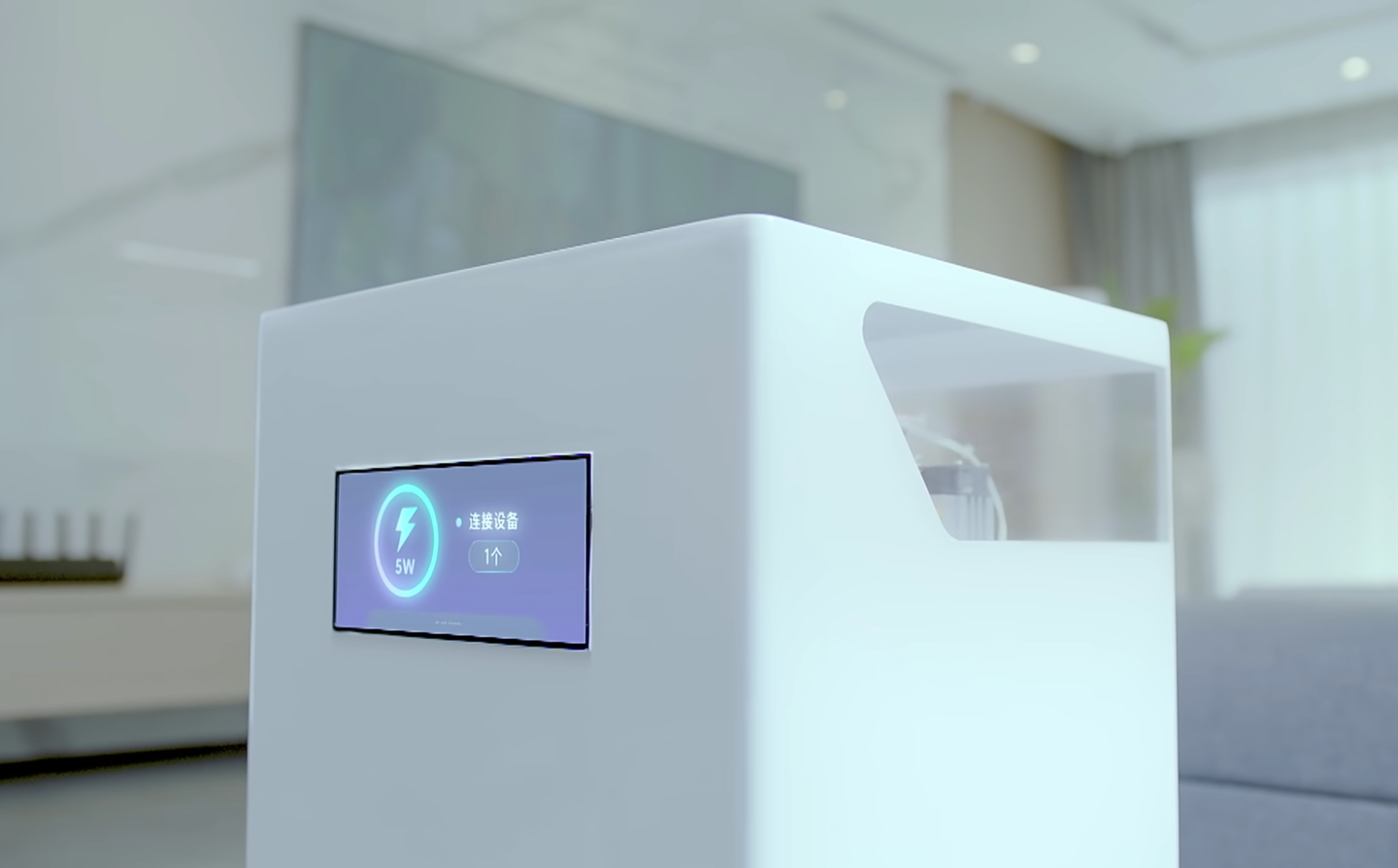 There are 144 transmitters inside the base station. Xiaomi
SHARE

Wireless charging in its current form is only moderately more convenient than simply plugging in your devices every time they need to power up. You don’t have to fuss with cables that could break and ports that might get clogged with pocket lint, but because the device needs to continuously touch the charger, your phone is typically stranded as it slowly sips power from its source.

Chinese device-maker Xiaomi, however, has published a YouTube video showing off some vague details about its upcoming long-range wireless power system, the Mi Air Charge. It requires a base station about the size of a small end table with a 144-antenna array inside. Those antennas send “extremely narrow millimeter wide wave beams” to special antennas built into mobile devices in the same room. The devices then charge at roughly 5W, which is on the low end of what you’d expect from a typical wireless charger in their current form.

A single base station could charge multiple devices, so simply having a compatible device in the room would allow it to perpetually charge without ever having to put it down on a pad or plug it into a charger.

The video is short on specific details like when (or even if) it’s planning to bring this tech to the consumer market, or how much it could potentially cost. But, Xioami has never shied away from ambitious promises. In order for it to work, the devices would need to include receivers that can pick up on the beams and translate that into charging. Other companies that have been working on long-range wireless charging have relied on special cases with built-in receivers and auxiliary batteries to pull down the waves.

Long-range wireless charging certainly isn’t a new concept. Several years ago, Disney drew inspiration from Tesla and created a room in which devices could wirelessly charge using quasistatic cavity resonance (QSCR). Aluminum surfaces on the walls and ceiling would conduct electricity from capacitors as it travels back to a copper pole in the center of the room. Devices in the room could then pull power from the resulting electromagnetic field.

A company called Ossia has been working on long-range wirelessly charging batteries for more than half a decade, starting with AA batteries and expanding to smartphone cases that can pull power from up to 30 feet away. While we’ve been hearing about the project and have even seen some promising demos come out of CES, it’s still not commercially available. Energous has a similar plan for its WattUp system, which uses RF to charge devices requiring up to 15W without the need for physical contact with the device.

Wi-Charge’s PowerPuck system employs infrared beams that can power low-draw devices from up to 30 feet away without the power level dropping as you move further away. That low-power system, however, is meant more for smaller, less power-hungry devices like smart locks and security sensors. The company has showed off several collaborations with various companies, including a recent partnership with Alfred smart locks.

While Xiaomi’s system looks ambitious, it would be truly impressive if it works as advertised. The transmitter is still relatively large. Despite its reliance on millimeter wave technology, Xiaomi claims Air Charging will work just fine through obstacles, which isn’t necessarily the case with mmWave technology as it relates to 5G data transmission.

Again, there’s no official release date set—and it’s unclear whether it’s ever actually intended for the consumer market. But, it’s still a step closer to finding a commercially viable system for long-range charging, which can’t get here soon enough.