Insight into the fourth domain of warfare 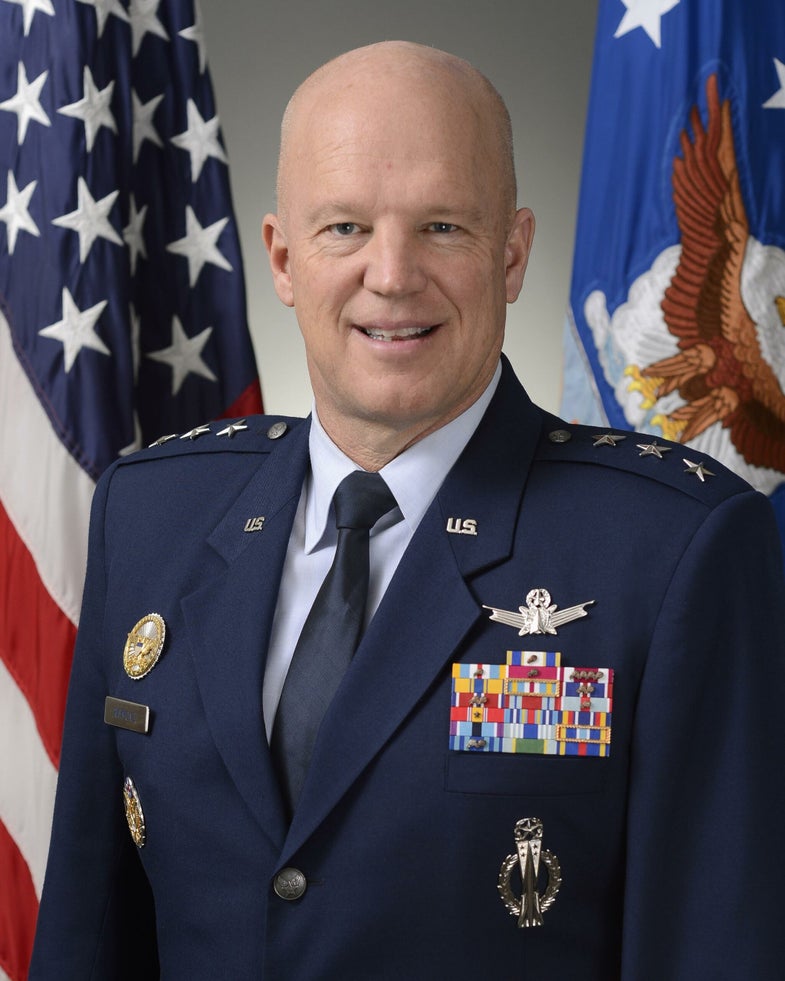 Earth’s orbit is clogged with more dangerous junk than ever, and more countries than ever are launching satellites into it. The U.S. Air Force working to navigate the resulting traffic jam by investing in more of its own smaller satellites, and by working with more private businesses to send them into orbit and keep them there. We spoke recently with Lt. Gen. John W. Raymond, the Air Force’s current Deputy Chief of Staff for Operations and the former commander of the 14th Air Force, Space Command, as well as the Joint Functional Command for Space about some of the service’s latest space initiatives.

Popular Science: What does it mean for a private sector entity to be a good partner for the United States?

Lt. Gen. John W. Raymond: That’s a great question. First of all, let me just say, space, historically has been a pretty benign domain. There was not a lot of satellites or pieces or debris that were up there, and that’s not the case today. And it’s become much more contested. So we talk about congested and contested; it’s become much more congested with 23,000 objects that we’re tracking each and every day and probably a half a million objects that are too small for us to track. In the past, with that benign domain, we haven’t really needed the partnerships that we seek today, both with commercial partners and with international partners. It was a benign domain; it really wasn’t an issue.

Today that’s not the case, and we’re actively seeking partnerships, both in the commercial industry, which provides us with a significant amount of capability that we leverage. A good partner for us is one that shares information broadly back and forth, that provides us some capabilities that we can use for surge, to augment the capabilities that we have and that works closely with us.

In terms of space being increasingly contested, who’s contesting it and how’s that taking place?

So there’s not one specific group. Russia and China have been pretty open about talking about their capabilities. You saw, in 2007, China shot down one of their own satellites, with a direct ascent anti-satellite weapon, blew that satellite into about 3,000 pieces, that we continue to track today. So, we’re seeing everything from low-end reversible jamming, to the high-end, very visible kinetic ASAT that was tested in 2007.

And what kind of capabilities are being developed to counter those threats?  I won’t go into the specifics of what’s being developed, but I will just tell you across the board we’re doing lots of things. We’re working on our training, to make sure that our operators are trained to operate in that environment, we’re increasing our awareness capabilities and our procedures and our partnerships to be able to meet the threats that are developing.

Is this consistent with a strategy of disaggregation?

What are the implications of the expansion of the wide band SATCOM program (a network of satellites used for U.S. military communications)?

One of the things that we’re looking at doing with wide band SATCOM, to get to the partnership piece of this conversation, the Air Foce is looking at: should we contract out the operations of a satellite bus to a commercial company? So, if you think about a satellite, you have a bus and then a payload. The flying of the bus is like driving a car, if you will, and the payload is what actually does the business. So we’re looking at, does it make sense — because a lot of, specifically, with the WGS satellite, a lot of that satellite is commercially based — does it make sense to just let commercial companies operate that and then just let us focus on the payload? I think you’ll see more of that going forward.

Beyond existing budgeted programs, can you tell me about any future space-based initiatives you’re excited about, or maybe any trends?

One of the things I’m excited about is the trend towards smaller satellites. You’re familiar with a term called “cubesats“? They’re satellites that are about ten centimeters, the size of a softball. And they’re modular types of satellites where you can put one cube together, make them two cubes or three cubes. Last year there was about 150 of those launched, give or take, don’t quote me on the exact number. In that neighborhood, about 150 launched over the course of the year. The trends of those projections have that over the next five years going up by thousands.

There’s lots of commercial companies working on that, and that’s something that I think we’ll continue to evaluate, in not only, if you look at, we have to track all those things, so it’s harder to track smaller objects, so we- on that front we’re working hard to keep track of that.