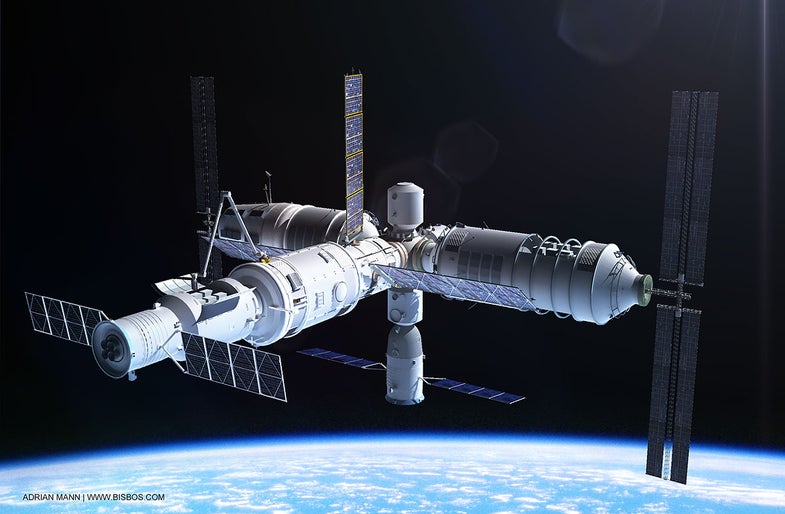 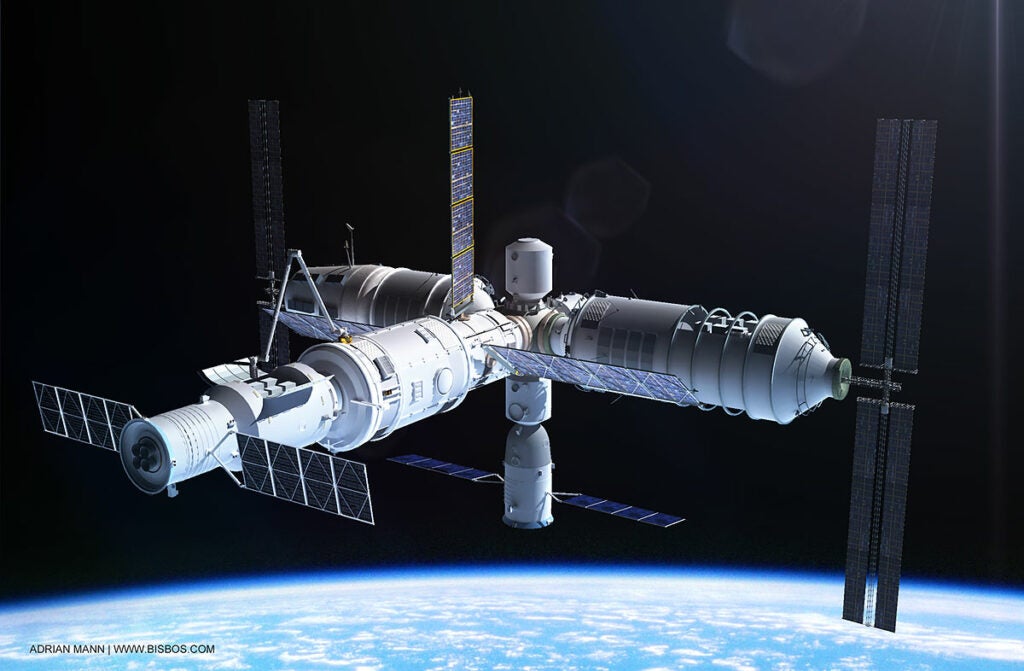 The Tianhe 1 will be the core module of the Tiangong 3 space station, with a robotic arm (yellow, on the bottom), docking ports (located in the copper color-coded section) and the storage section (color-coded white) has internal modular racks for storing supplies and scientific experiments. 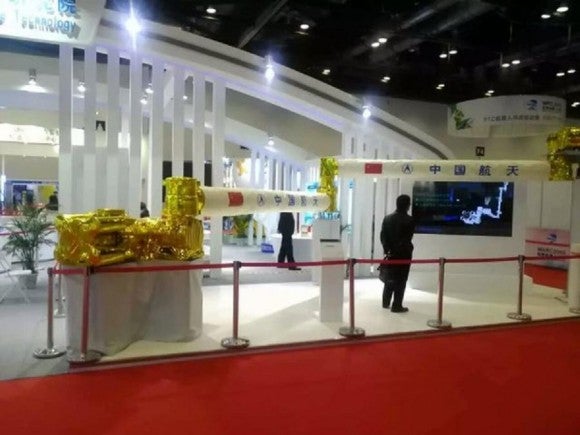 The Long Reach of the Robots

This model of a robotic arm will be similar to the robotic grappling arm that will be installed on the Tianhe 1. It’ll be used to install additional modules onto the Tiangong 3, as well as help with repairs and maneuvering spacecraft near the Tianhe 1.

The core 22-ton module, “Tianhe 1”, which can accommodate a crew of three taikonauts for 40 days, will be launched in 2018, with the two attendant science modules to fly into orbit in the following four years. Tianhe 1 will have five access/docking ports, and a robotic arm. Tianhe 1 will contain a laboratory with integrated modular racks for storing scientific equipment and experiments. The Tiangong 3 can undergo future expansion by attaching additional Tianhe core modules.

The Wentian space lab has plenty of space (in the form of modular mission racks) to store experiments, as well as a robotic arm (folded up in the gray color-coded middle section) for helping taikonauts with missions outside the hull (and as a backup to the main robotic arm on the Tianhe 1).

Both science modules will be around the same size as Tianhe 1, with a mass of 20 tons each. The first science module, Wengtian, comes with another set of internal modular racks for scientific missions. Wengtian will also have its own small robotic arm to assist taikonauts in conducting experiments out in the vacuum of space.

The Mengtian space lab, similar in size to the Wentian and Tianhe, comes equipped with its own access/docking port to dock with other vessels, or let taikonauts out.

The second science module, Mengtian, is also pressurized, but will have an access/docking port for interfacing with space ships (such as the Tianzhou resupply ships), allowing it to support other modules and spaceships for logistics and repair. 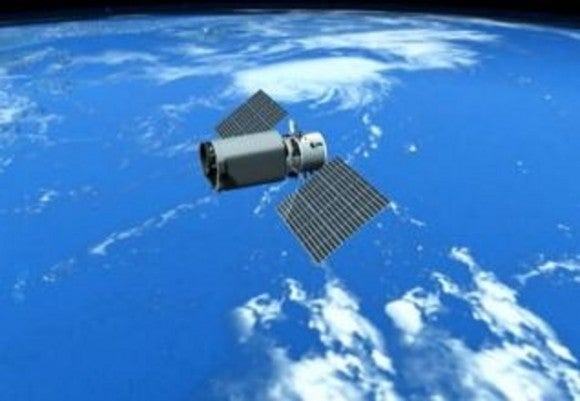 The Xuntian Space Telescope, with the same image resolution as the Hubble Space Telescope, but a field of view 300 times greater, will share the same orbit as the Tiangong 3, to make for faster and easier repair, logistic and upgrade missions, since the telescope can easily be brought in by the space station. The Xuntian’s wide field of view makes it well suited to observe large-scale interstellar activity to discover the origins of the universe.

The plans also show how Tiangong 3 won’t be alone in the skies. China’s planned large space telescope, now named Xuntian (“which takes to the heavens”), has a 2-2.4 meter diameter lens, making it large as the Hubble Space Telescope, but has a field of view 300 times larger. Xuntian’s unique feature is a docking port installed at its rear. This would allow for it to be moved (by its maneuvering jets or an orbital tug) close to the Tiangong 3, whereupon the station’s rocket arms can dock it to Mengtian, allowing taikonauts easy access to Xuntian’s interior. 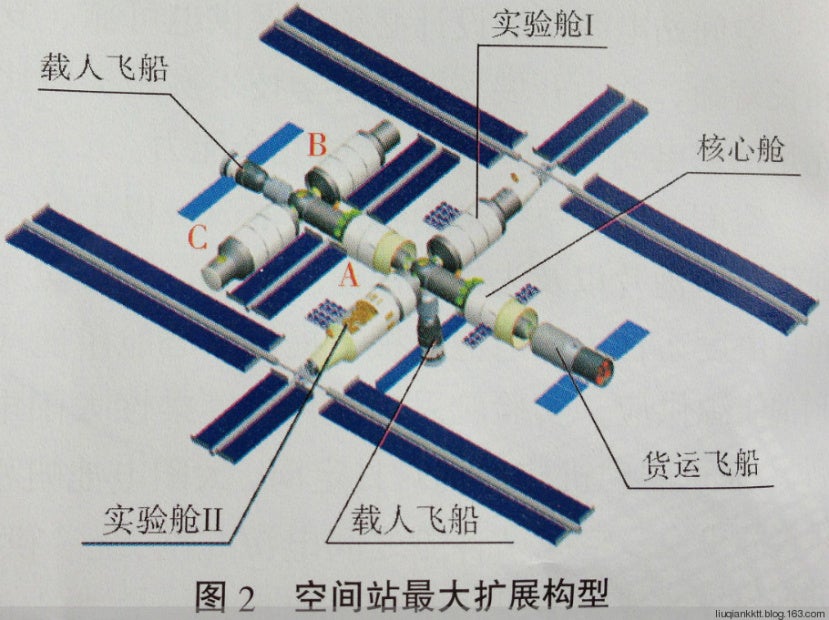 The Tiangong 3’s modular design means that with a bit of help from its robotic arm, it can add on more modules, like the Tianhe core modules, and associated science modules, to its frame.

With the impending maiden launch of the heavy Long March 5 rocket this year, Tiangong 3 will finally have a powerful enough rocket to boost its components into orbit. As China looks to land a man on the Moon in the 2030s, launch a Mars rover, and fly the super heavy Long March 9 rocket, Tiangong 3 is only the first is a series of China’s steps to becoming a space superpower.