The Air Force wants you to know about its secret robotic spacecraft, the X-37B

As for what it does? That's still unspecified. 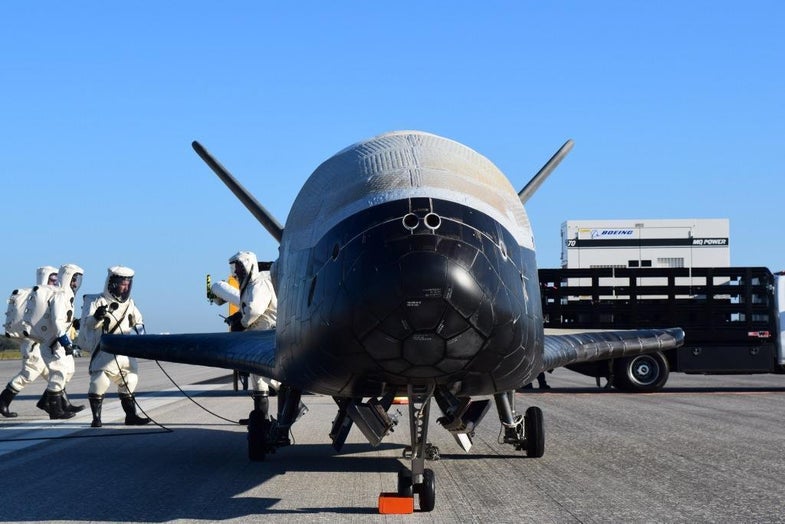 The X-37B is just 29 feet, 3 inches long, with a wingspan an inch shy of 15 feet. DoD photo courtesy of United Launch Alliance
SHARE

The Air Force has a secret space robot called the X-37B. We know this because the Air Force is very proud of the X-37B, though we don’t know exactly why, and the Air Force won’t really say. It returned to earth last night, after almost two years in space, and it did so with a not-so-secret sonic boom, heard by residents in the greater Orlando metropolitan area, 24th largest in the United States.

When the X-37B landed yesterday, it was after 718 days conducting “on-orbit experiments,” according to the Air Force. What are those? It’s hard to say, specifically because the people in charge are only referring to the mission in vague terms.

“We are incredibly pleased with the performance of the space vehicle and are excited about the data gathered to support the scientific and space communities,” said Lt. Col. Ron Fehlen, X-37B program manager, in an Air Force press release. “We are extremely proud of the dedication and hard work by the entire team.”

The Air Force released two pictures of the X-37B yesterday, courtesy of United Launch Alliance, and in each it described the craft as “the newest and most advanced re-entry spacecraft designed to perform risk reduction, experimentation and concept of operations development for reusable space vehicle technologies.” 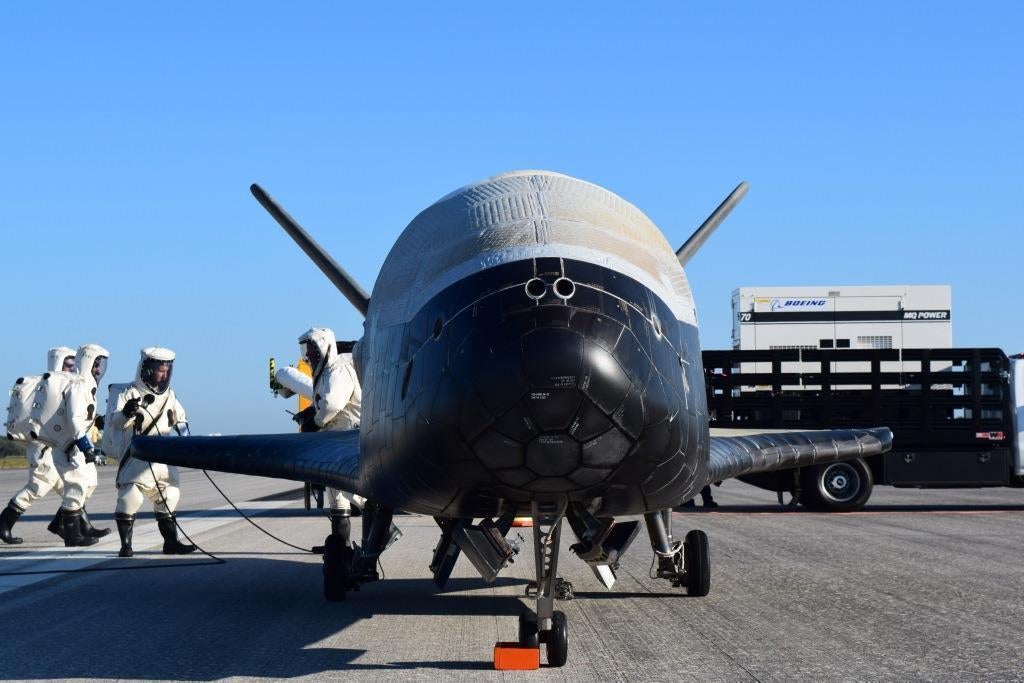 This was the fourth such mission for the X-37B program, whose two spacecraft have now spent a cumulative 2,085 days in space, or a season shy of six years. The first such mission was in 2010, with the solar-and-lithium powered craft launching in April and returning in December. In March of 2011, it launched to space a second time, with an official mission to test new materials and a growing public suspicion that it might also function as a spy satellite. It was still in up there in January 2012, where it appeared to follow a path similar to that of Tiangong-1, China’s first manned space station. When know its movements because, as secret as the Air Force may want to keep the mission of their secret robot space plane, amateur satellite watchers on the ground can still follow and track objects in the great transparent heavens that are the night sky. 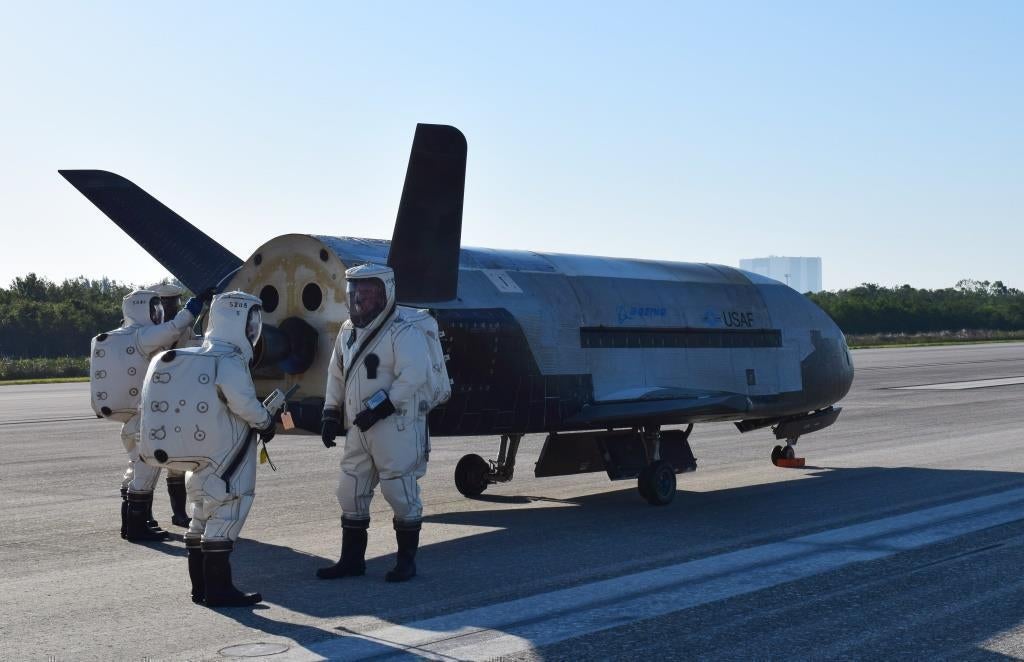 The X-37B is an uncrewed vehicle, so these are land-based humans inspecting the machine.

In March 2012 the X-37B completed a full year in space, and it returned to earth in June of that year. It went up again in December 2012, and stayed until October 2014. For the fourth X-37B spaceflight, the Air Force revealed a pretty important detail: this flight would test engines, typically found on satellites on deep space probes, for their ability to steer the craft in orbit. The fourth launch was in May 2015, and it stayed there until it landed yesterday.

The engine was the big news at the launch, though if it is a part of yesterday’s return home announcement, it’s buried under generic press release jargon.

If there is any hint at all that the X-37B program is more than just a temporary satellite, it’s in the bland Pentagonese of “concept of operations development,” a term that sounds about as natural as a powerpoint slide deck. It mean, in essence, “figuring out what can be done in space, with vehicles like this.” Space is by law and treaty a peaceful domain, and one vital to the everyday functioning of everything from communication to GPS. The Air Force claims responsibility for space, and it’s invested in a future of safeguarding it, even developing telescopes that specifically track the movement of satellites in orbit.

For now, the X-37B is just another object sometimes in the night sky, whose existence is public and whose missions are deliberately vague. What does it do? We don’t know, and we likely won’t, until the Air Force has a new, different secret robotic spaceship, based on what it learned from this robot’s years of undisclosed experimentation in orbit.