The military is flying commercial 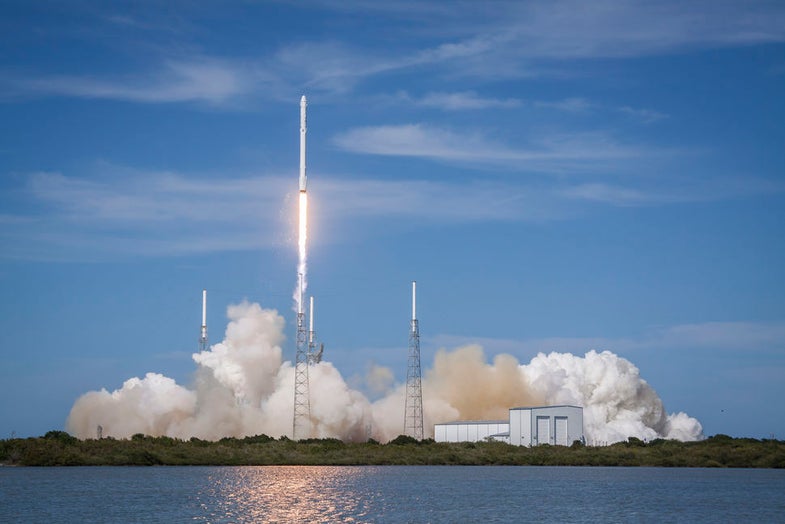 “Air Force” is becoming an increasingly inaccurate name for the flying branch of America’s armed forces. Responsible for some but not all of its aerial machines, the Air Force is also in charge of domains beyond the reach of ocean-bound navies or ground-hugging armies; it wants to guarantee American military superiority in both cyberspace and actual space, and to that end, they’re now letting a second venture carry their projects into the vacuum beyond our planet.

Previously, for an Air Force satellite to get into orbit it had be to carried by the Atlas V rockets of Lockheed Martin and Boeing’s joint venture United Launch Alliance (ULA). But now Elon Musk’s private spaceflight company SpaceX has just been approved to cart “national security payloads” into space. In order to be certified, SpaceX had to complete an elaborate two-year approval process. Here’s how the Air Force describes the certification tests:

Geopolitics may have also factored into the success of SpaceX’s bid. ULA’s Atlas V rockets repurpose old Russian rocket engines for space delivery, but with geopolitical tensions high between Russia and the West, having a second option for space delivery that’s not contingent on Russian good will holds appeal.

Air Force satellites relay military communications in areas where the military is operating. They also look out for missile launches, as well as provide weather and data for troops on the ground or on ships at sea. While this is a business deal for the military, the satellites have more use than just military purposes. Air Force satellites also make up the foundation for the GPS system, the same one that your smartphone uses to let you know when you’re going in the completely wrong direction. As the Air Force upgrades their GPS satellite constellation, it’s nice to know they’ll be doing so without pesky things like a little bit of international tensions getting in the way.